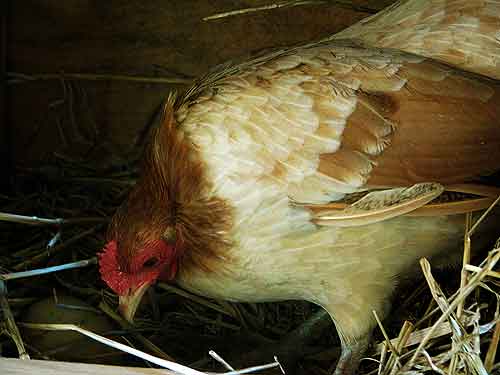 I’ve found five mystery eggs, and so far, no more. I put three of the eggs back in the nesting boxes as guideposts, hoping to get the hens to lay in the right place. This banty hen has always been interested in the nesting boxes and is the only hen to sleep in them at night while the others roost. She gets up there, scratches around, rearranges things. I think she wishes she had a nestful of eggs. She would turn them and sit on them and be a good little mama. But I don’t think these are her eggs. They’re too big for banty eggs. 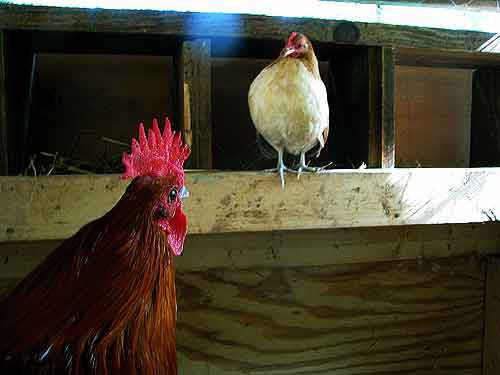 A number of people have suggested that they are duck eggs, particularly Khaki Campbell duck eggs. 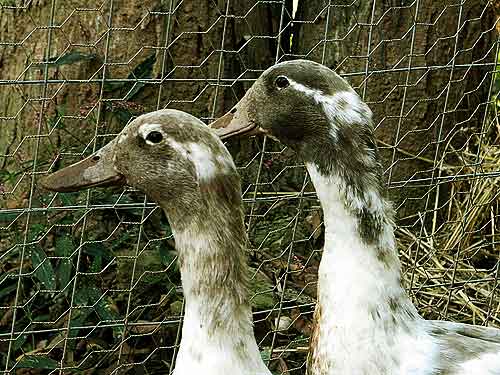 These eggs are a weird green-gold color, not the white or brown or Araucana minty blue or green I was expecting from my chickens. I called my chicken lady, from whose farm I got both the ducks and the chickens, and she thinks they’re chicken eggs. My ducks are some kind of Blue Swedish cross, and most of her chickens are mixed breeds, too. She told me that she gets some green-gold eggs from her Araucanas. Some of them lay the usual minty blue or green eggs, the so-called “Easter Eggs” that Araucanas are known for, but as the breeds mix, they turn out some off-color eggs. Unlike mine, her chickens and ducks are kept in separate houses at night. She only has chickens laying in her chicken house, so she’s sure of where her eggs come from when she gets a green-gold egg.

She, along with several of you, have suggested looking at the hens’ combs for a clue as to where the eggs are coming from. Their combs turn a brighter red when they’re ready to lay. 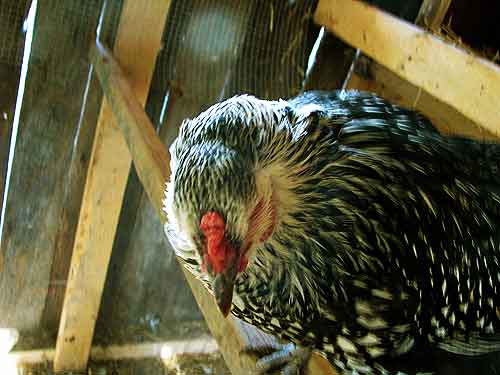 But all of the hens’ combs are a bright, rich red now. 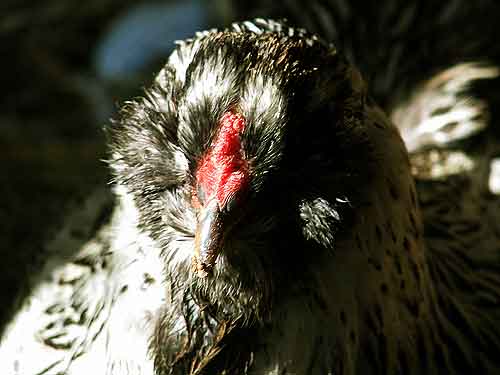 I opened up two of the eggs, as if there might be a clue inside. They looked like normal, small eggs. I used them to make croissants. 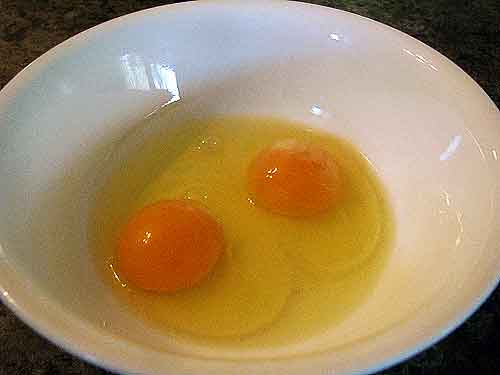 I took the chickens some leftover cornbread. I told them that I knew they had a secret and that I wouldn’t tell anyone if they shared it with me. 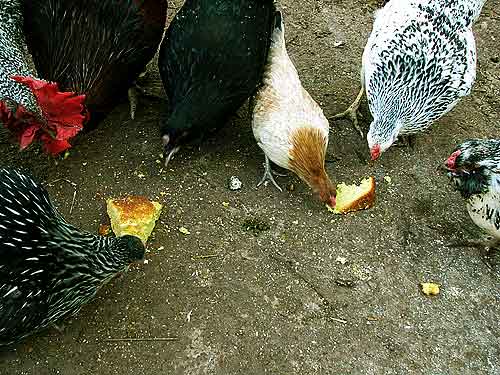 They discussed it amongst themselves. 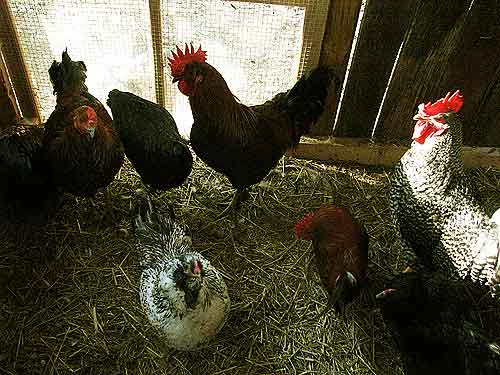 And I think they got on the internet, too, because then one of them said….. 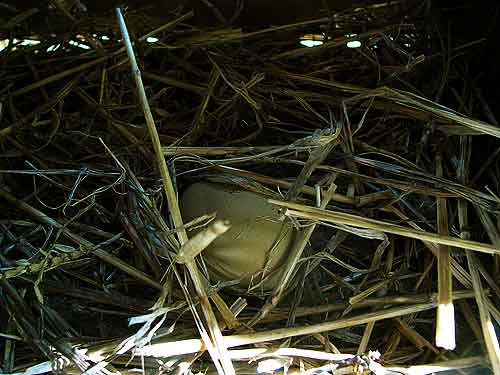