Updated to add: This is a real farm and the subject of this post is a real castration. Photos may be too graphic for some readers. 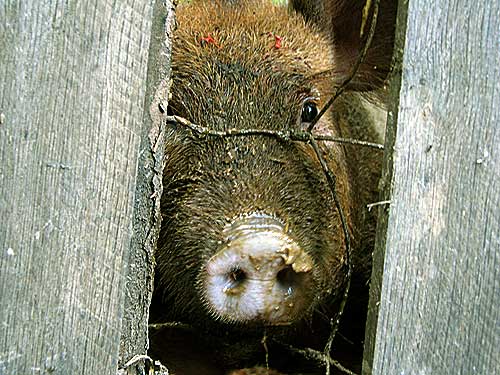 The pig man came out to “cut” (castrate) Sausage this weekend. He brought the wife and daughter. Cutting pigs is a family affair. Even Jack was interested. Till the screaming started. 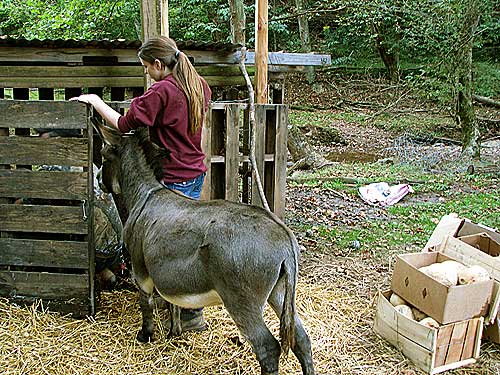 There was a lot of screaming. 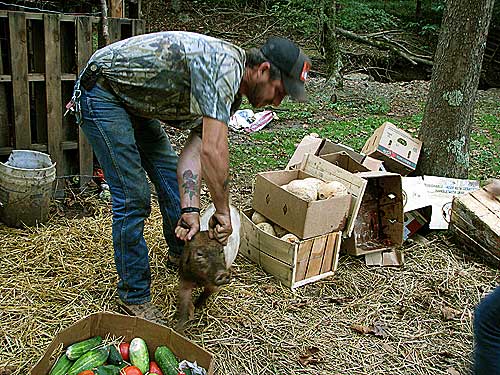 And I mean SCREAMING. 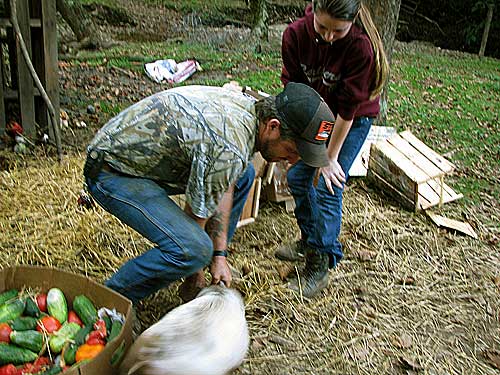 If we had any neighbors, they would have been calling the police, sure there was a mafia mass hit going on over here. I haven’t heard so much screaming since the last time I watched a horror movie. Pigs can SCREAM. 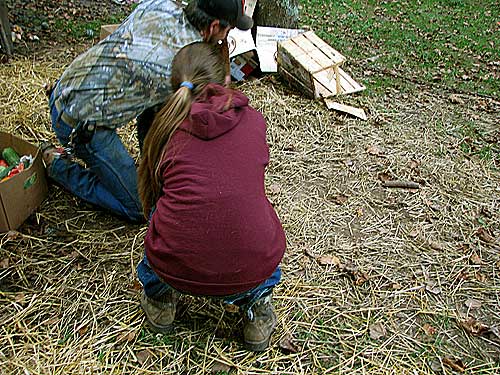 I’m not sure if he was actually in that much pain. He started screaming as soon as the pig man picked him up, long before the knife got involved. But Sausage is a boy and we don’t want Sausage and Patty making any bacon bits, so it was off with his package whether he liked it or not. 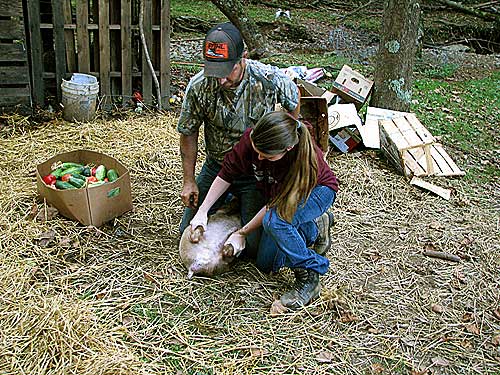 Notice the pig man’s daughter, a true farm girl, right in there with the pig and all the screaming. She’s been there, done that, and knows exactly what to do and isn’t too squeamish to do it. 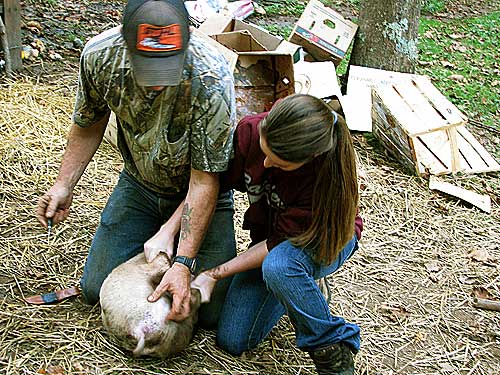 I think Morgan was up in her room styling her hair or something. 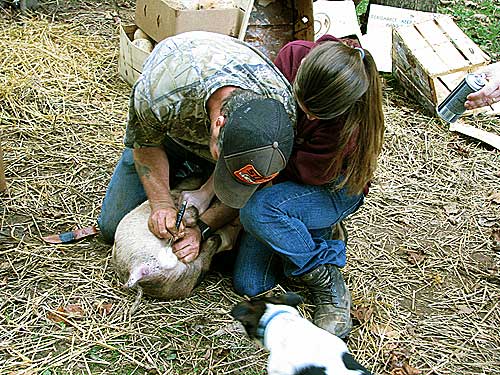 The purple spray is an antiseptic. 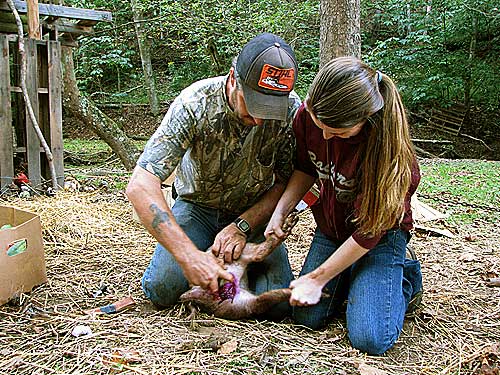 He offered up Sausage’s package for our dining pleasure, suggesting we take it up to the house and fry it. He said they are delicacies and people eat them, just like they do calf nuts. 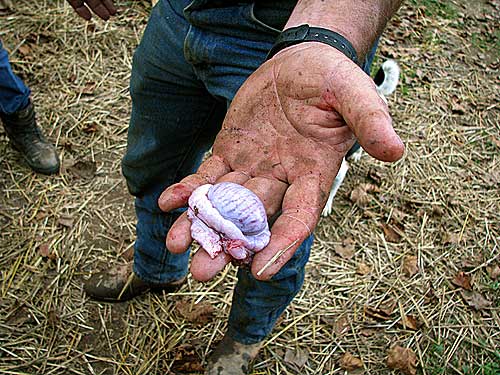 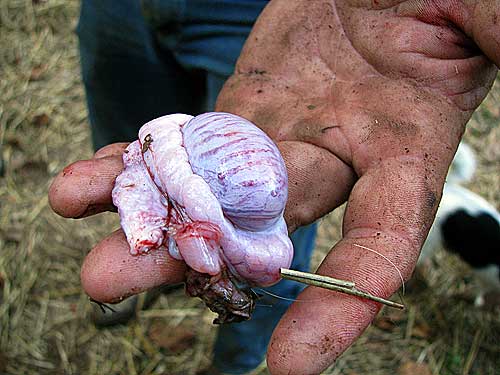 He gave it to Boomer.

We had rings put in both pigs’ noses, too. With rings, we can pasture them and they won’t be able to root and dig out under the fences.

Sausage, to Patty: “My name’s Sausage, your name’s Patty. I say we make a break for it.”

I don’t like keeping animals confined. Right now, Sausage and Patty are in a pen in the meadow bottom. A comfy pen on a shady rise by the creek with lots of fresh vegetables from the farmers market and dry straw regularly bedded down, but I still don’t like it. I want them on pasture. We’ve got a bit more securing to do to the fences and gates to make sure they can’t get out–they’re still not that big–but hopefully soon they will be out in the fresh grass. Sausage and Patty are late spring babies, so they won’t be ready for……(I can hardly say it)….the FRYING PAN!! till January. We’re planning to trade one of them for some farm-fresh beef and lamb. 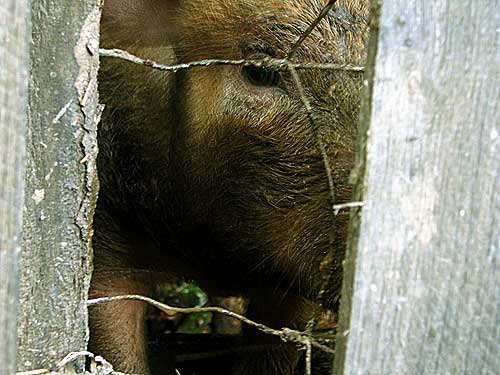