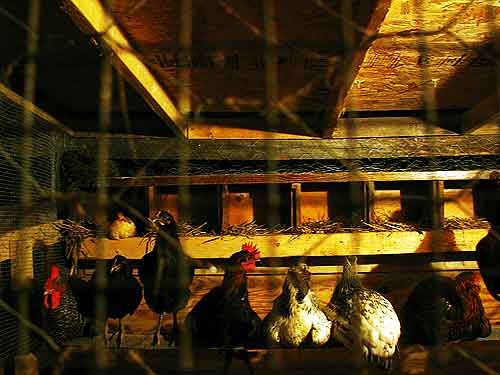 We’ve got a light in the chicken house so the chickens get their fourteen hours of light per day. This will hopefully delay molting and encourage them to lay. I like to peek in there and see what they’re doing after dark when they think no one’s looking. In case they’re throwing wild parties, staying up too late, talking on the phone.

Mostly, they’re sitting on their roost.

Sometimes they’re asleep before the light goes out. See the hen on the right? She’s zonked. 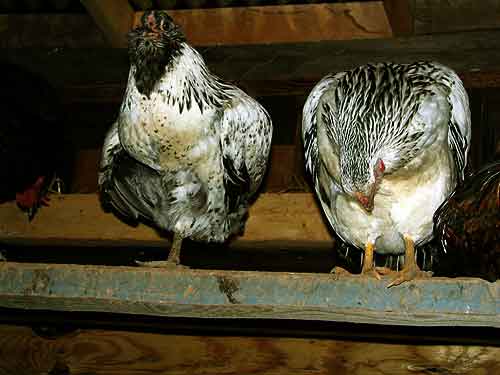 Ever tried to wake up a sleeping chicken? Sometimes they are contrary and roost on top of the chicken house door. Before I can shut it, I have to get them off it and inside the chicken house. If they’re sleeping, I can poke them and poke them and they’ll hardly budge. Usually, I end up picking them up, which makes them mad. Chickens wake up grumpy.

Can you imagine sleeping like this, by the way? Note the hen on the right, still snoozing. 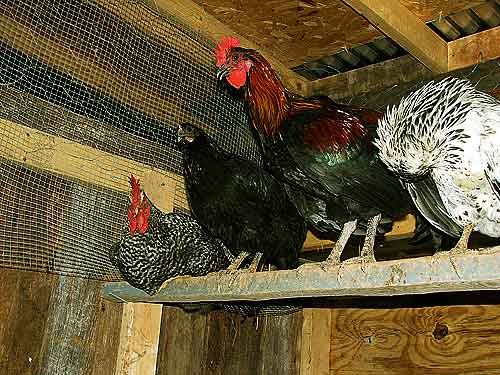 If a person slept that way, they’d keel off the roost the instant they actually fell asleep. Chickens have some kind of weird auto-balance.

She’s awake now, and not particularly happy about it. She’s turned her back on the roosting crowd (and me). 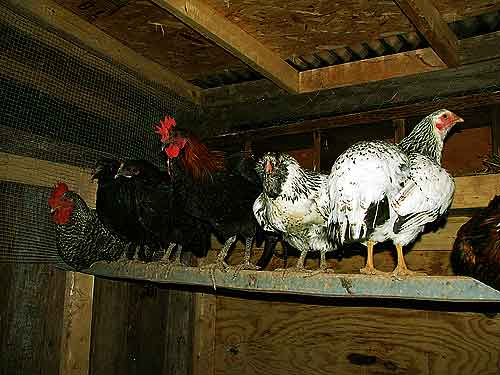 They almost all roost facing the same direction. I wonder how they decide on that. Committee meeting? Vote?

I think these two are turned in the other direction because they’re gossiping. 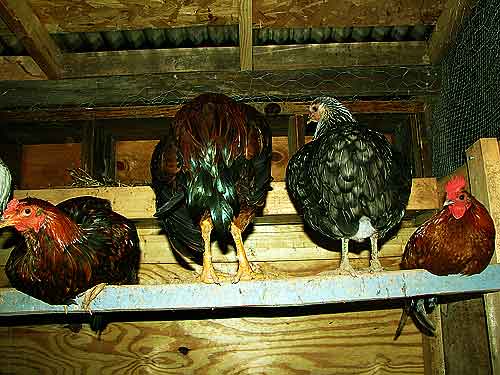 Brown Hen: “Did you see the way she fluffed her feathers at him?”
Black Hen: “She’s a hussy. And he’s not worth that much trouble. Have you heard his crow?”
Brown Hen: “I wouldn’t lay his egg if you paid me.”

The little banty hen roosts in one of the nesting boxes. She’s been doing this for quite some time now–not that it’s resulted in an egg. I think she just likes to play house, pretend to be a nesting mama. 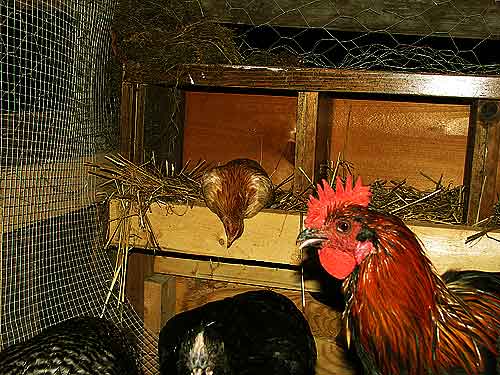 The ducks don’t roost, of course. They tuck themselves into a corner while the chickens lord it over them from above. I think the chickens are glad we got the ducks so they can feel important and none of them have to be at the bottom of the pecking order. The ducks have that spot.

I think, sometimes late at night, they discuss politics and philosophy. They do mathematical equations to keep themselves awake so they can get their fourteen hours of light. They tell ghost stories when it gets dark. Have you heard the one about the headless raccoon? 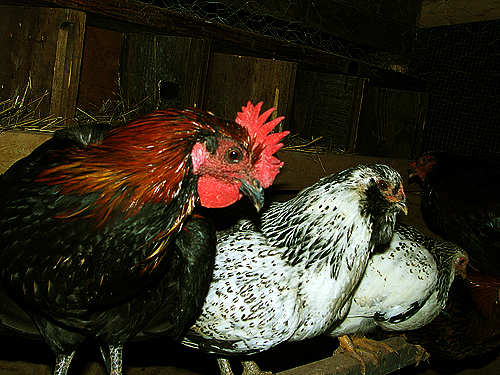 And I think they ponder the greatest question of them all. 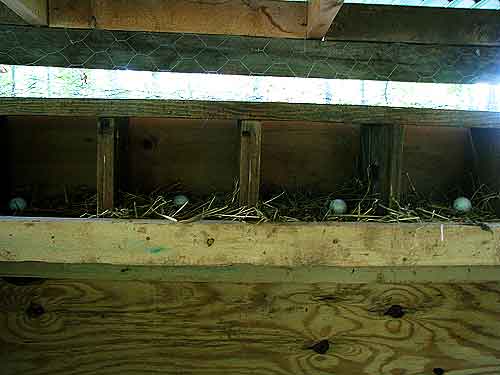 “Why did that woman give us golf balls but no clubs?”