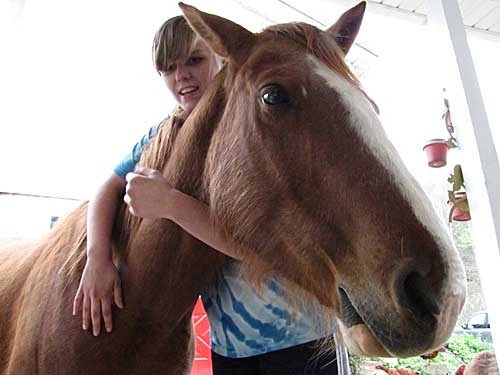 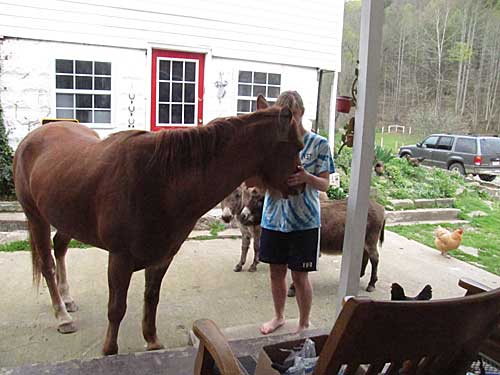 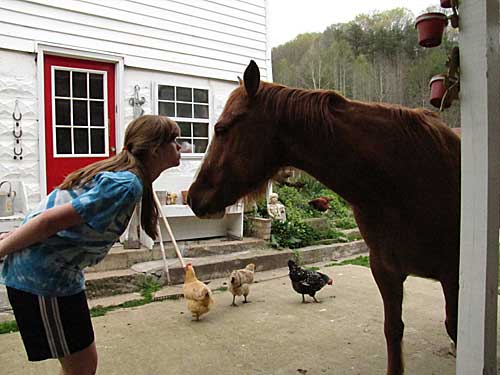 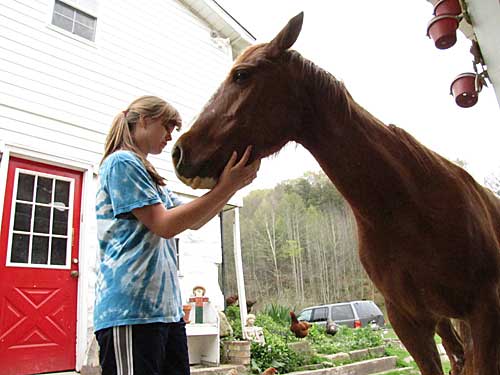 There’s a horse on my porch! 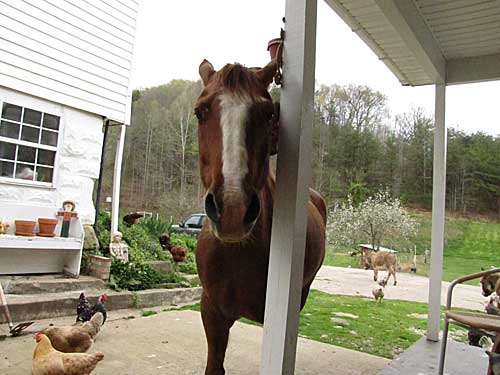 I’m not sure how much longer I’ll keep Patriot up in the yard. We’re really enjoying him, but it might be a little much long-term. Every time I catch this giant figure walking by outside the window from the corner of my eye, it freaks me out for a second. 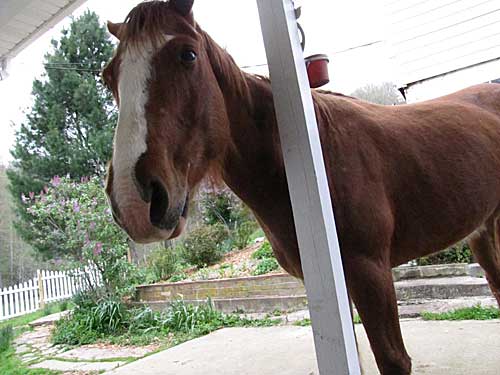 It does keep him handy for Morgan’s obsessive grooming. 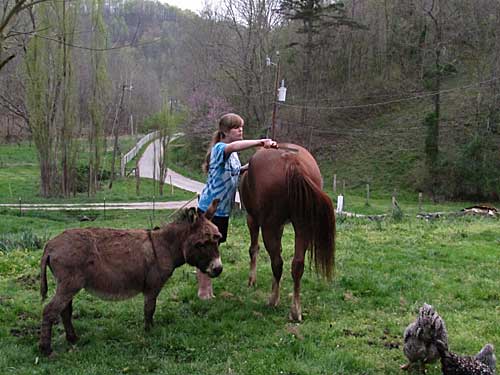 Morgan likes to introduce Patriot to the smallest of creatures. 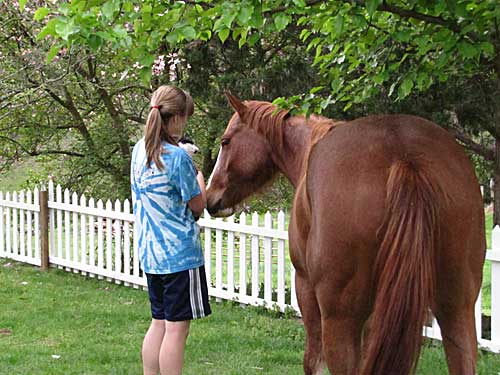 Even if they don’t appreciate it. 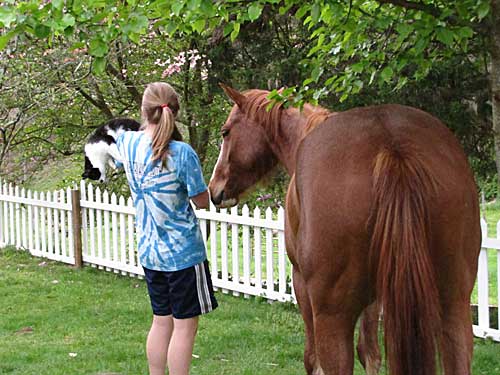 And I think certain other someones can be a little jealous. 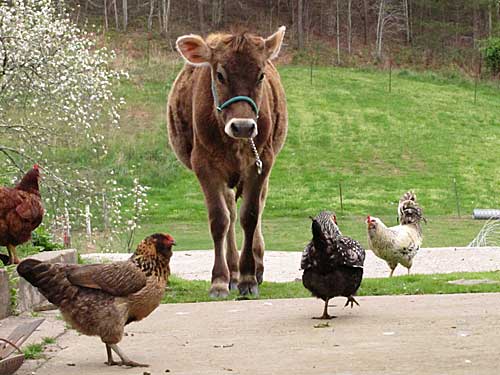 Which can cause them to get into a little mischief. 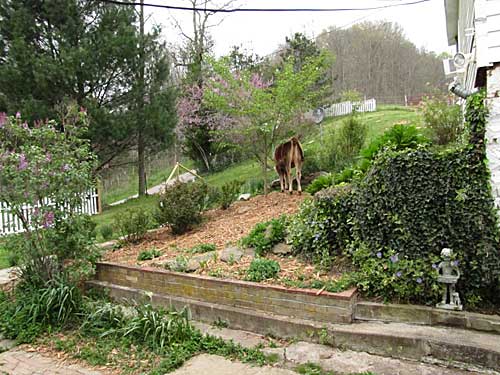 Cows in the yard probably aren’t a good idea long-term, either, though if she was in milk, I’d be happy to pull her up to the back door.

Patriot’s field is ready for him, but we haven’t been able to convince ourselves to park him So! Far! Away! yet. My farmer fencing expert, Eugene, was here yesterday and is here again today, working on the upper pasture fencing for the cows. (There’s fencing up there–he’s making repairs and working on the creek crossing.) I’m planning to move Buttercup and the donkeys to the upper pasture, and I may put Patriot there, too, at least until Zip comes, so that he won’t be alone.

Morgan hasn’t tried to ride Patriot yet. She’s being patient, getting to know him, letting him settle in. I think she will probably start riding him on Sunday. I will have a houseful this weekend. Weston will be home for the holiday weekend, and Ross will be here, too. I don’t know yet how long Ross will get to stay–he is still awaiting his orders for what date he is to report to his ship in Norfolk. (He will be on a fast-attack submarine.) I’m hoping he can stay for awhile–I still have a lot of fencing to do! The reason Morgan is probably going to wait until Sunday to ride is because their dad will be in town for the holiday weekend with the kids here. He used to work as a cowboy on a ranch in Texas, and still rides, so he has some experience. She took riding lessons for five years, but I think she’s just feeling a little nervous about putting the bridle and everything together and on him correctly.

Meanwhile, everybody’s mowing! I’m still thinking about getting a lawnmower, though. I only need so much fertilization– 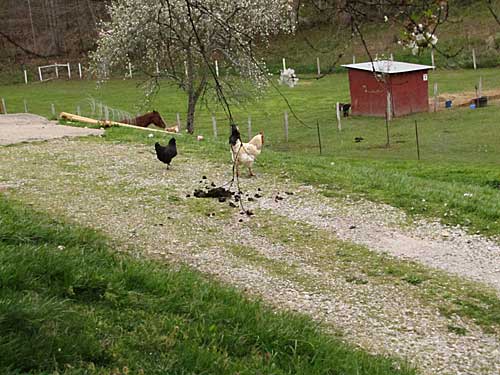