The cows, munching down in their hay stall in the barn. 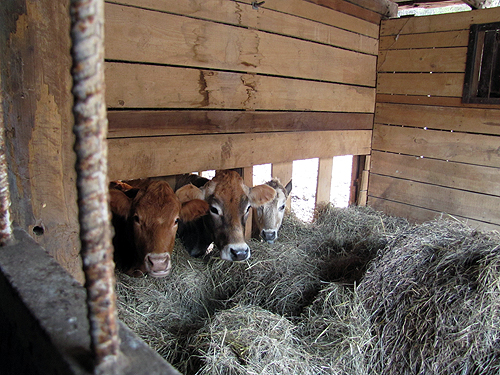 The other day, just to annoy me, Glory Bee and Moon Pie were playing jump-on-each-other. WHAT?! That’s what cows do when they’re in heat! But it’s also what cows do to show dominance or just to pass the time of day. Cows, they love to mess with your head. To know if they’re in heat or not, you have to watch them and observe whether or not it’s sustained activity over a period of days and whether or not one of them “stands” for it at some point rather than walking away. They shouldn’t be in heat–they spent three months with a bull last summer.

The activity didn’t seem to be sustained, but just to make myself feel better, we threw Glory Bee in lock-up, aka her milking stanchion, and pushed around on her side until, finally, we felt something kick back. Whew. They should all be having babies in April, so they’re heading into their third trimester now.

Stop messing with me. 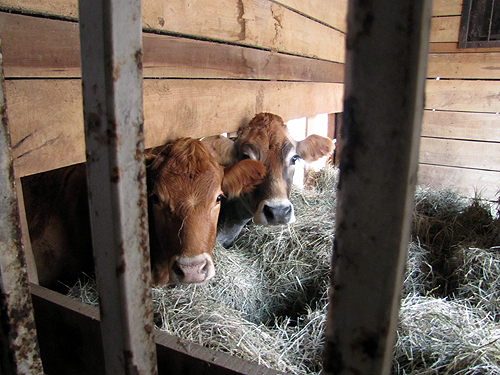 Meanwhile, in other Cow News! we have a new girl coming to the block in a few months. 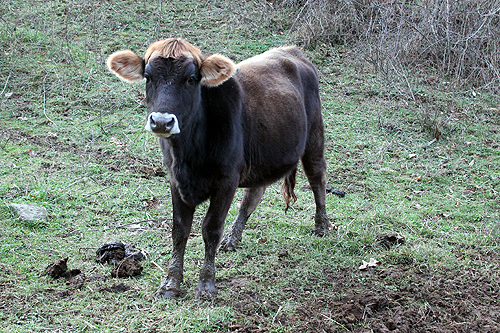 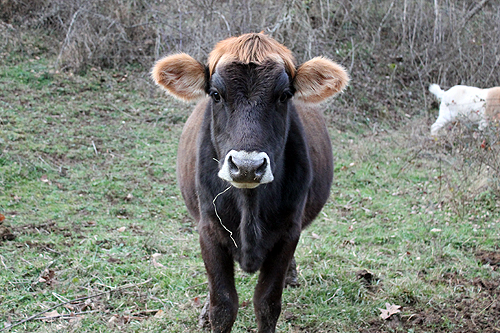 Because of the milk demand here with cheesemaking classes, I’ve been wanting and needing a second milk cow. Blossom belongs to my friend Sarah, who has a farm not too far away with several milk cows. Blossom is the same age as Moon Pie and is bred with her first baby, due around June.

Eventually, Buttercup was bred to a half Jersey, half Guernsey bull, and produced Blossom–which makes Blossom about three-quarters Jersey with a bit of Brown Swiss and Guernsey thrown in. Since Buttercup and Glory Bee were sisters (half-sisters, from the same Brown Swiss bull), Glory Bee is Blossom’s aunt. And Moon Pie and Dumplin are Blossom’s cousins. So it’s still all in the family! 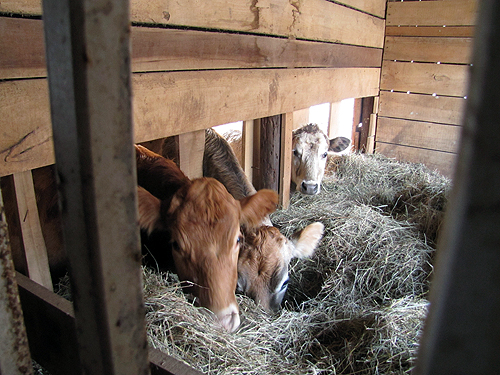 I hope they’re gonna make room for her at the hay.

So, by summer, there will be four frolicking calves on the farm, not just three! And MILK!!! From TWO COWS!!! Butterrrrrrrrrr.