Every afternoon, I head over to the chicken house to get my eggs. I always thought chickens laid in the morning, but that’s not true. They lay eggs whenever they feel like it, and wherever they feel like it. My chickens, at least for now, seem to be in the habit of laying in the afternoon. The roosters greet me with suspicion. They get all up close and start pecking at me. I’m here to steal. 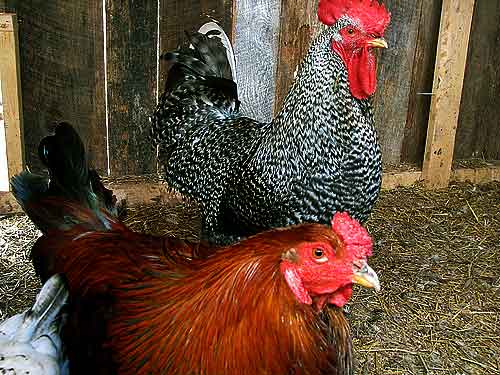 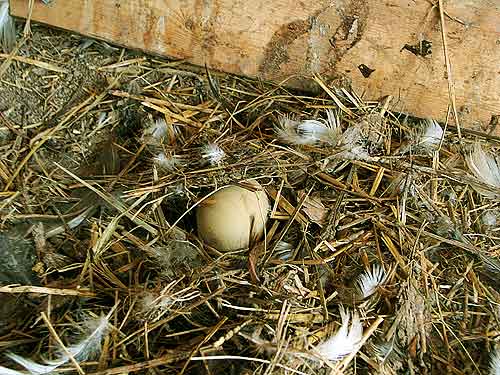 And, yep, there’s the brown one. I came too early. I’ll have to come back later for the blue one.

There’s also one brown egg laid per day in one of the nesting boxes. 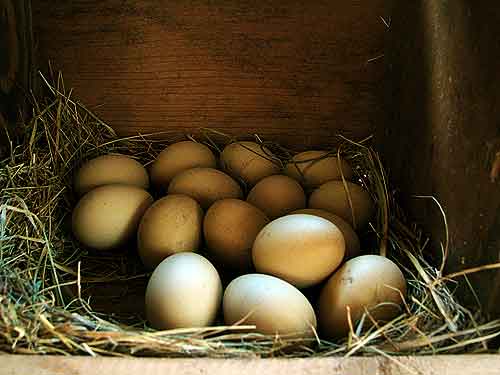 I want to reward the darling, well-behaved hen laying here, so I leave this nest alone.

Roosters are a little scary-looking. Check out the comb on this one. It could be a lethal weapon. 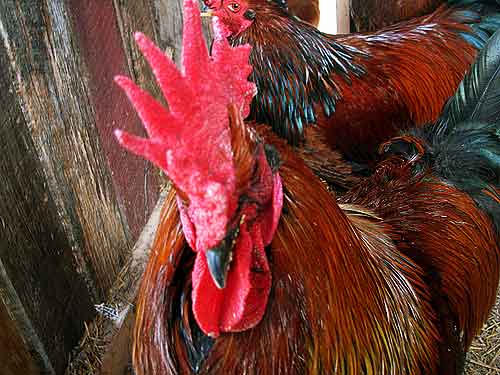 This one’s particularly upset with me. 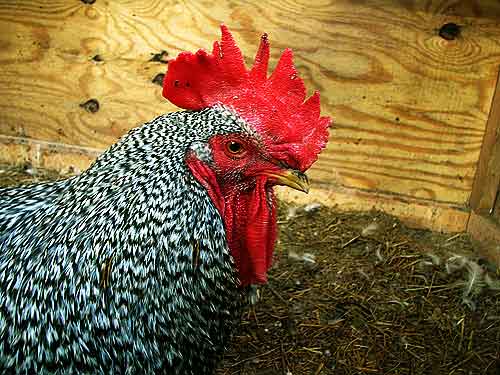 A few days ago, he ran out when I opened the door of the chicken house. I screamed, then grabbed his tail and threw all his tail feathers out of whack. Then I grabbbed one leg and from there managed to pick him up and throw him back inside.

Just so you know, you can’t pick up a rooster by the tail. But you can make him really mad.

I don’t think he’s ever going to forgive me for that.

I don’t know what to say about this one. I call him Floppy. He looks like he has some kind of comb deformity. 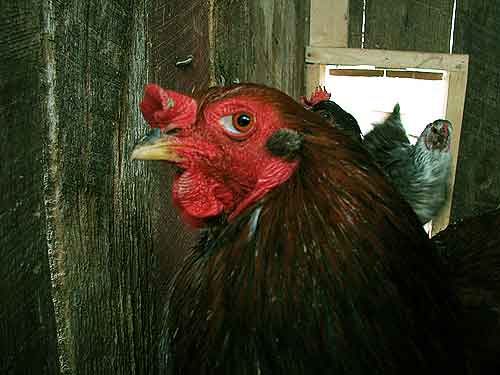 He hates being called Floppy. 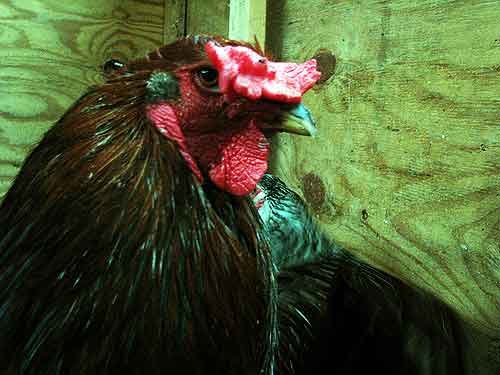 And then there’s this one. Proud Spartacus, lord and master of his chicken kingdom. 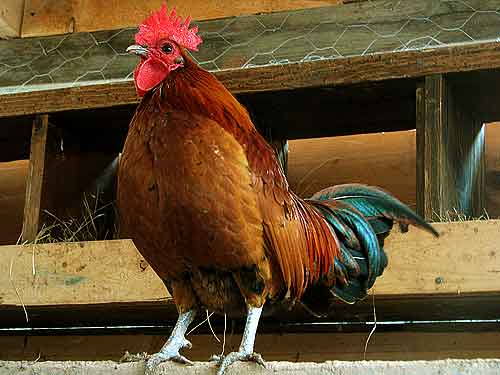 Except, you know, there’s that short thing. He can’t quite cut it with the other roosters. 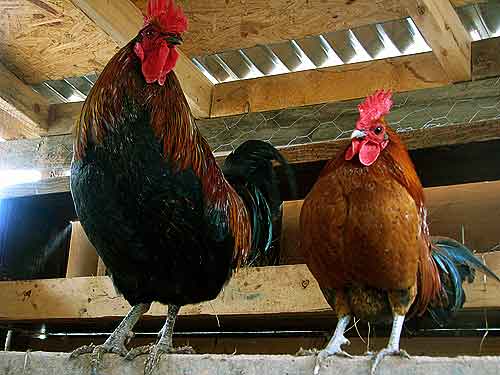 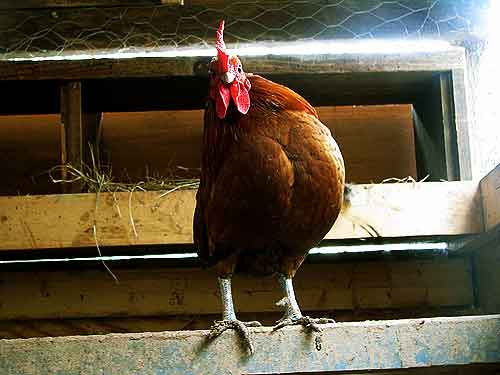 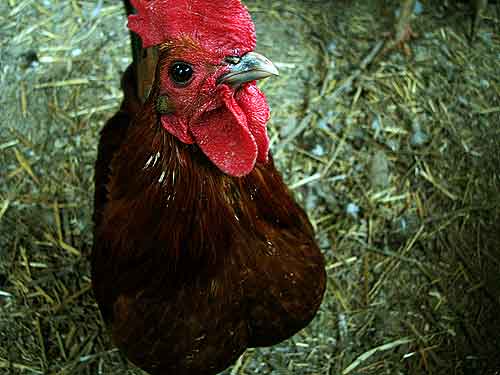 Never mind. I didn’t say that!!! You don’t have to get all up close and everything–

Waitaminute. What are those two doing over there? 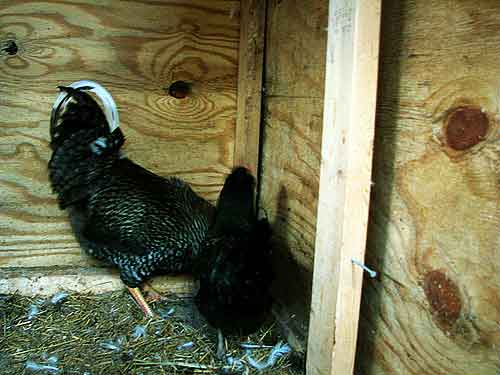 That’s the corner where they lay eggs. “Leave her alone! Maybe she’s going to lay an egg!” 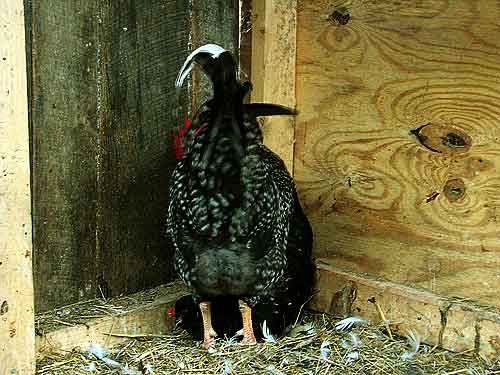 Maybe I have finally discovered at least one of the hens doing the laying! Maybe she’ll lay an egg right in front of me! How exciting! 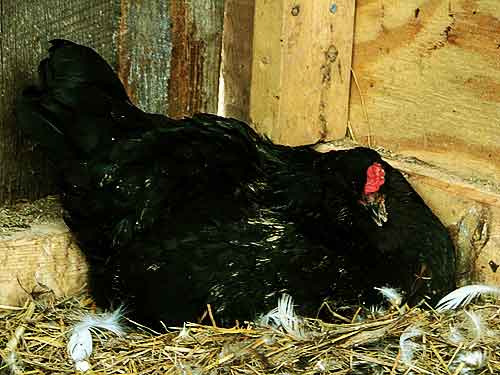 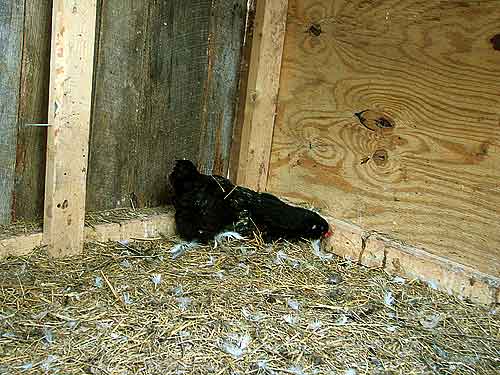 ….and rustled around, moving straw and feathers. Feathering her nest! 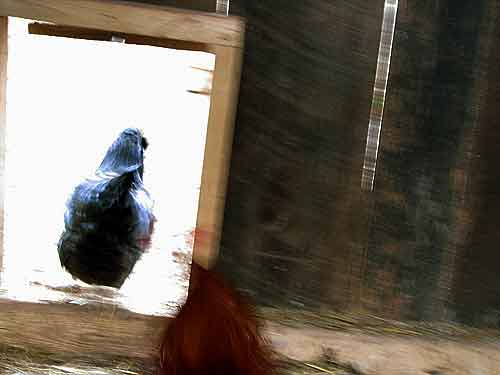 ….she got up and ran out of there so fast I could barely get a picture of her.

And she left behind…..

….the same brown egg that was there when she arrived.

Half an hour later, I went back and found my daily pale blue egg sitting there. Did she come back and lay that one? Or did she lay the brown one and she just likes to visit her egg after she lays it and fiddle with her nest? Or was she not responsible for either egg and she is just some kind of stalker psycho hen who obsesses over other girls’ eggs? 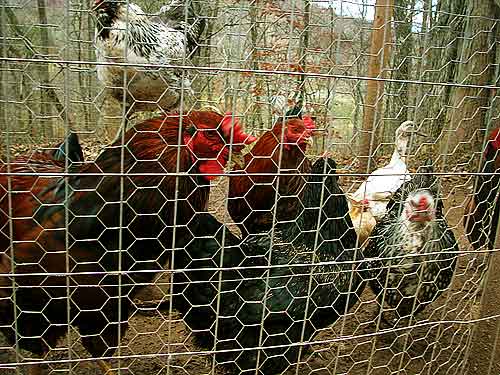