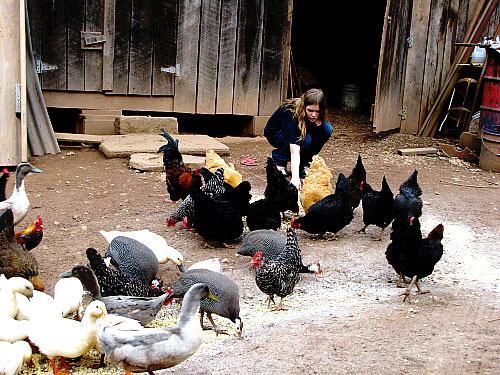 I called our neighbor down the way who has a chicken farm and asked her if we could come out to see the chickens. Then I called Georgia and told her about it. “Do you want to come with us?” Of course! An outing! Georgia loves an outing. Below, that’s my chicken lady there on the left, with her husband, Georgia, and Princess on their chicken farm. 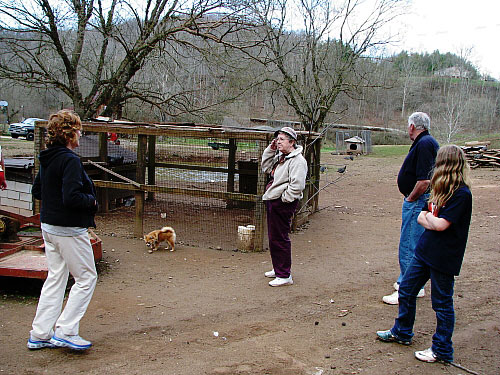 They also raise ducks, geese, and guineas–which are often in the road. She is a true chickens in the road inspiration. They have two daughters who are both enthusiastically involved with the chicken operation. Their oldest will be selling their farm-fresh eggs at the local farmers market this year.

She told me she got her chickens from ordering “rainbow” mixes, so she raises an assortment. If you recognize any of the breeds in her flock, please, fill me with your knowledge! 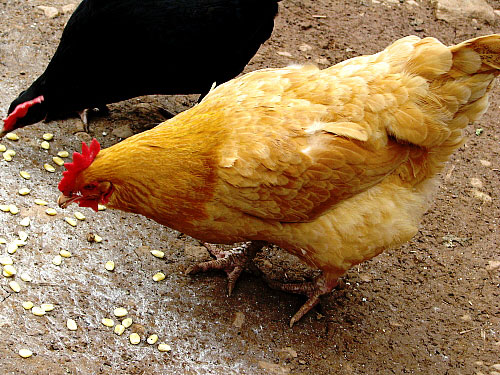 And this speckled one, which she said was a Barred Rock. 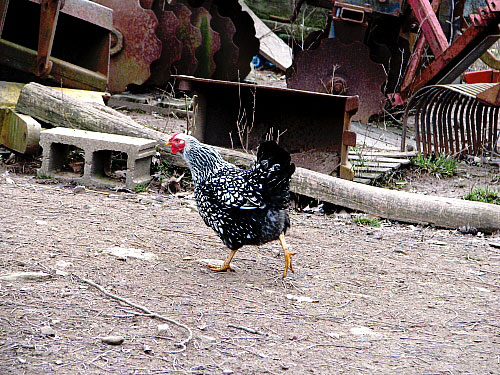 They seem to have a lot of roosters….. (She said quite a few of the roosters are headed for new homes soon.)

Everything comes running when one daughter heads to the food barn. 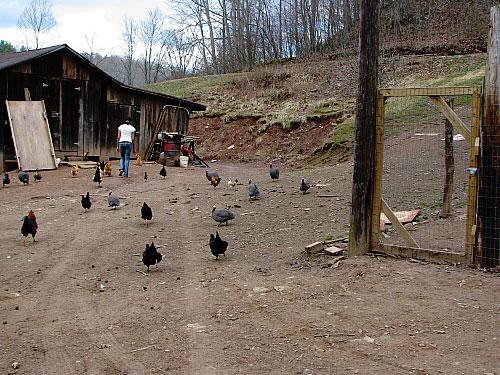 Can you see ducks running and not be happy? 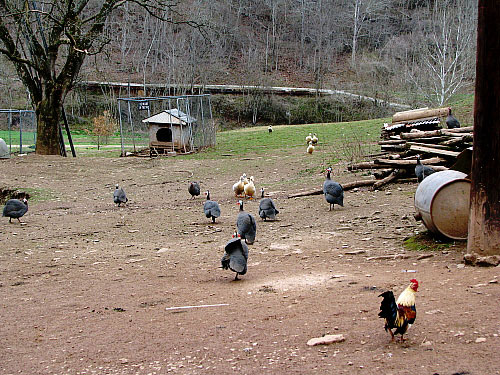 I’ve had ducks and geese before, but this is my first time with chickens. In the background, below, is the hen house on their farm. 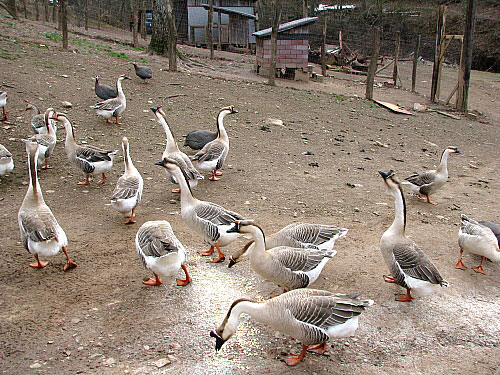 I filled up a box with eggs right out of her nesting boxes inside the hen house. 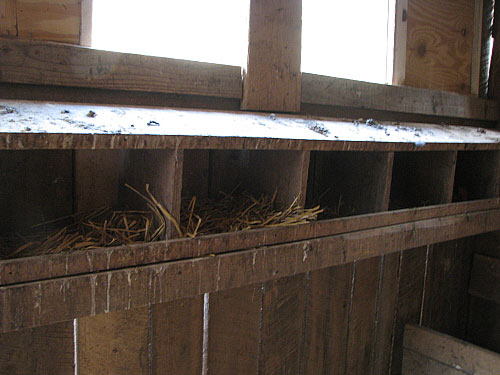 Sometimes her chickens misbehave and won’t come into the hen house at night. This is Cell Block A, where several naughty banties were being held for psychological reconditioning. She says three days in lockdown next to the henhouse and they learn to come back to the right place at night. 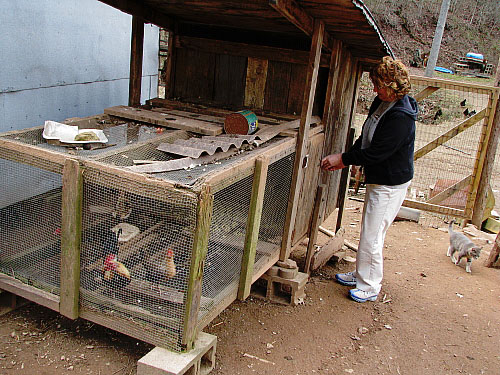 She showed me where rats have been digging into the geese’s nesting house and dragging eggs down a hole. 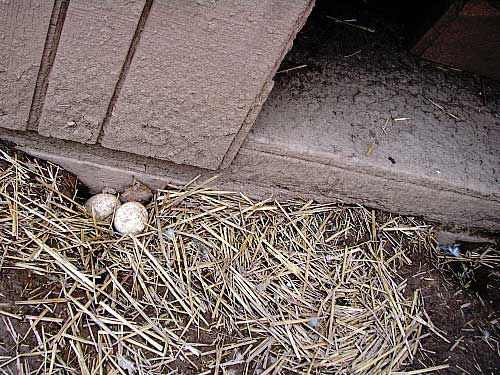 Her chickens are free range during the day and they range all over the farm and up the hills and into the woods. Do you see the chickens up the hill? 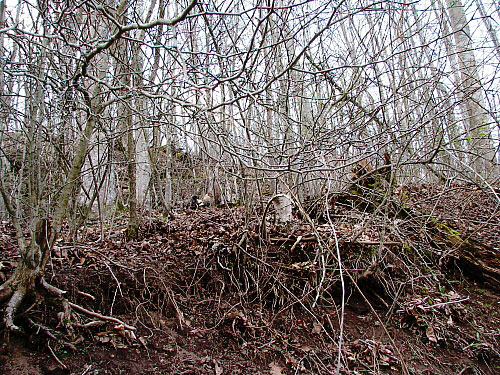 She has several month-old babies in a large metal trough with a light, feeder, and waterer. She says a red light prevents fighting. 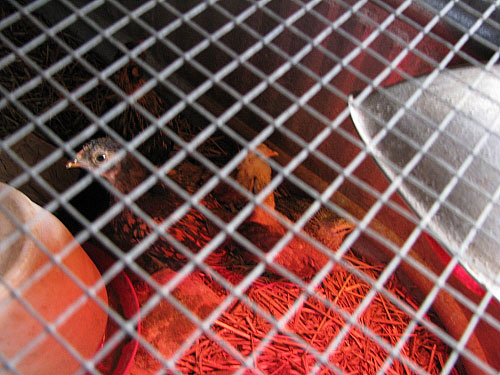 I came away with a “rainbow” mix dozen myself. The little white ones are banties. The others will be a surprise! 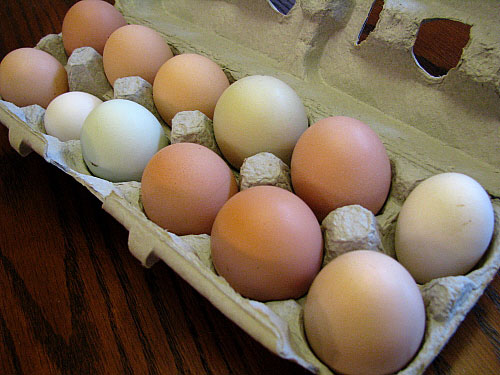 I have a Little Giant still air incubator. I used it several years ago when I lived by a lake and raised ducks. I had good success hatching ducks with this incubator. We’ll see how I do with chickens. 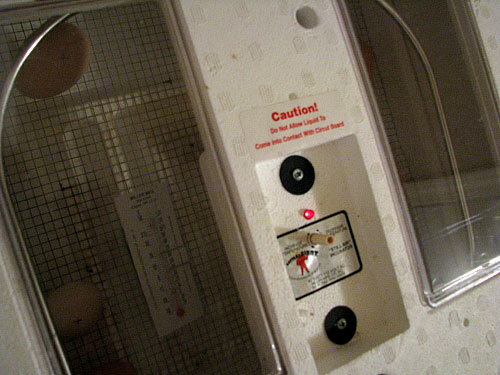 I worked on stabilizing the temperature to around 100, added water to the wells under the tray, and added the eggs. I marked a X on one side and an O on the other. They’ll need to be turned three times a day.

Since I’ve had success using this incubator before, I would be optimistic, but I’m a bit worried because I haven’t used it in a while, plus I had to take the eggs down our bumpy, rocky road home. I put them in the egg carton, drove slowly, and held them against my stomach with one hand while driving with the other. Still, I’m concerned about the jostling they took. But, I had to get them home….. I set the incubator in a room where I could shut the door and shut out cats, who I’ve found in the past enjoy batting at the incubator and upsetting the eggs. (Not to mention snacking down on babies.) Unfortunately, my lack of recent incubating experience and newness to this house left me unprepared to walk in and find sunlight streaming down on my incubator, raising the temperature over 107, which can kill the eggs. I taped cardboard over the window and quickly got the temperature back in line. I’d been checking the incubator frequently–but did they get too hot, for too long? I don’t know, but I think so. I called my chicken lady. She said, “You might have cooked your eggs.” How fast can I screw up?
:hissyfit:

I’ll try candling in a week to see what I’ve got….but I’m going back for a second batch of eggs tomorrow. 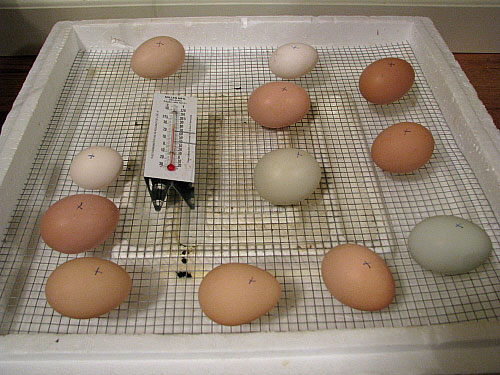 There’s nothing to do now but turn and hope, watch the temperature and humidity, and get some more eggs. And maybe, just maybe, if something miraculous happens, I’ll be holding some of these beauties in my hands in 21 days. Or a restarted batch in 23 days. Or a re-restarted batch in however many more days. This could be a long chicken watch, people! 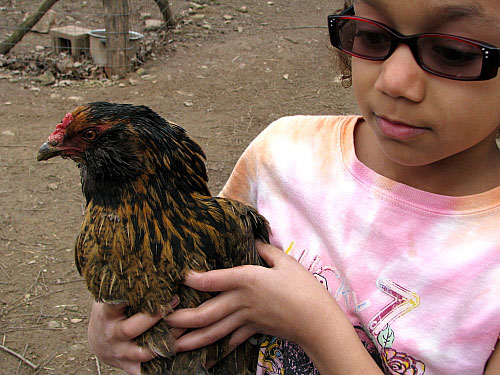