We’ve been tormenting the goats for years due to the fact that they share a fenceline with the garden. 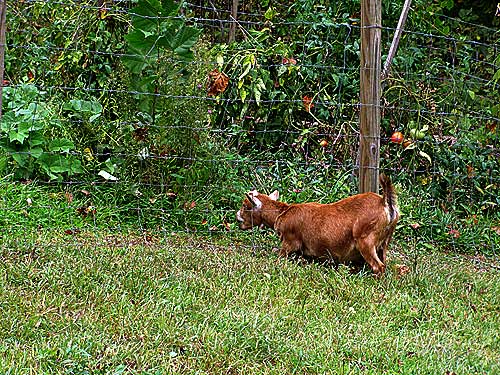 They’ve long held onto a cherished fantasy that one day they would enter its bountiful borders. 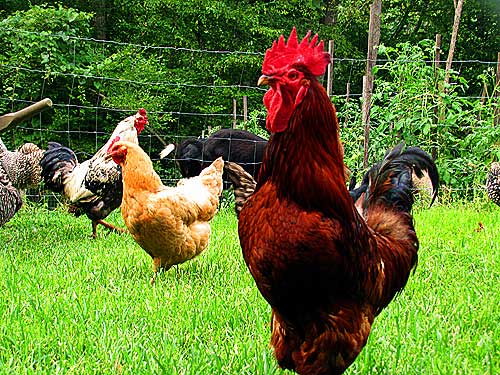 After all, everyone has to have a dream. 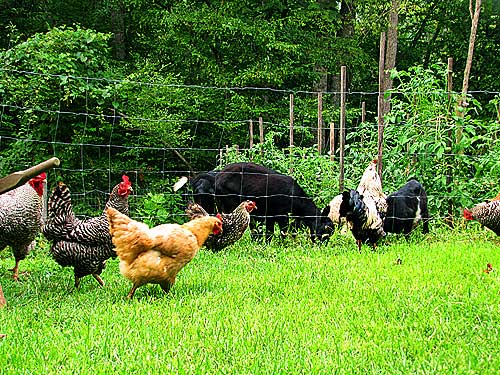 What are we without our dreams? 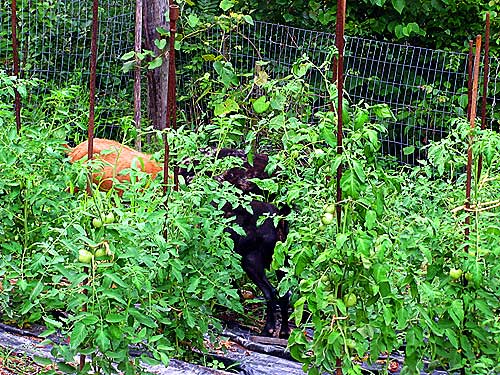 If only they could just get in there! They would wander in the verdant paradise and eat anything they wanted. 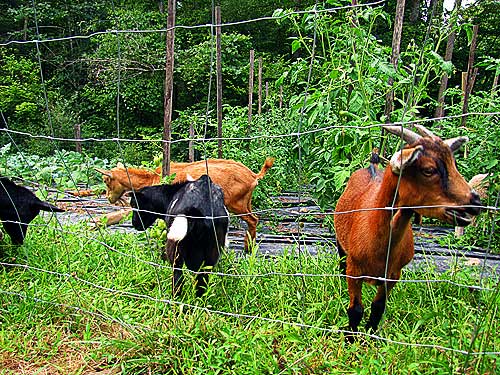 They would run between rows and leap over stakes, dining upon eggplant and sipping from tomatoes. 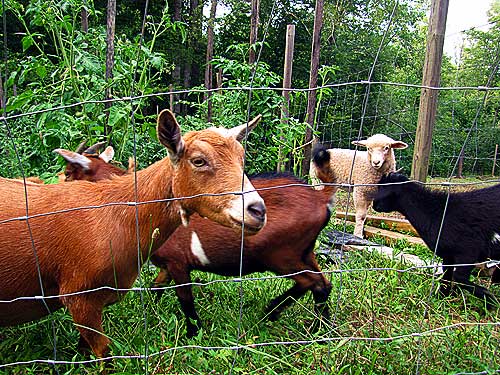 Cabbages, corn, cucumbers, and more, it would all be theirs! 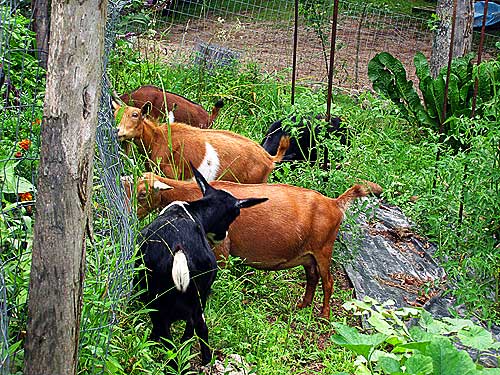 Unfortunately–or fortunately, depending on your perspective, this ACTUALLY HAPPENED. 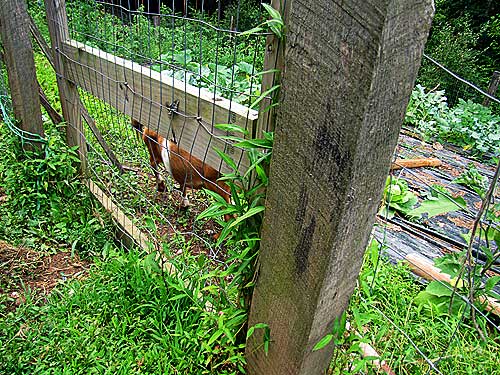 Some fat little somebody (NUTMEG) pushed so hard trying to reach into the garden that they finally broke through the fence. And everybody was in there in no time. I rushed down with a bucket of feed. Rounded everybody up. Got them back in the goat yard. That’s when I figured out how they were getting in the garden. You know, about the time they had lined up and gone right back into the garden through the same hole. It was hysterical. And not in a good way.

IMAGINE THIS IS YOUR GARDEN. THERE ARE GOATS (AND SHEEP!) ALL OVER IT. 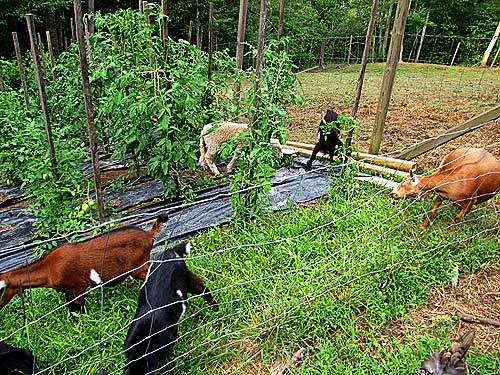 Clover wasn’t even speaking to me at this point. 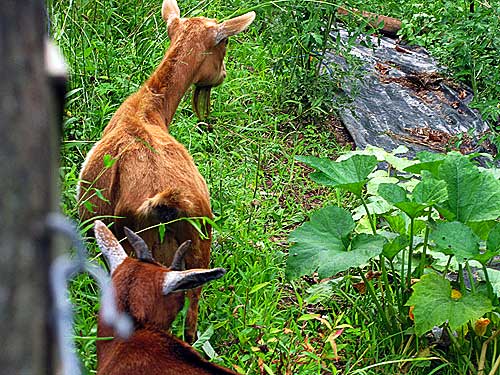 Luckily, right about the time I was going to just sit down in the middle of the garden and start crying, 52 got there and fixed the hole.

No doubt they are already mapping their next point of attack, but in the meantime, this weekend we brought up the first round bale from the 29 we bought off our neighbor Sonny across the river. 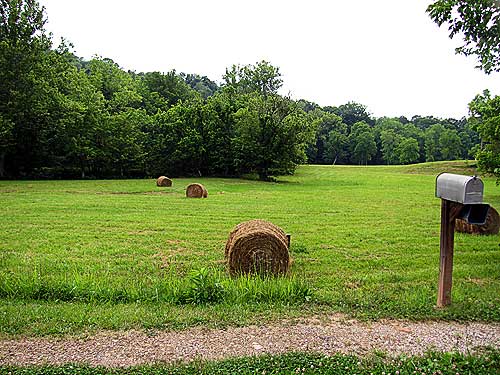 The round bale came up on the tractor– 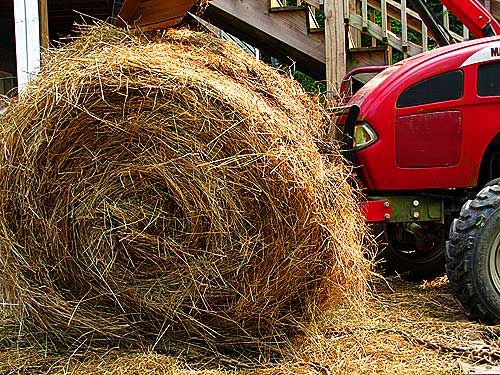 –then into the goat yard. To keep everybody out of the way, I shut them all up in the goat house. 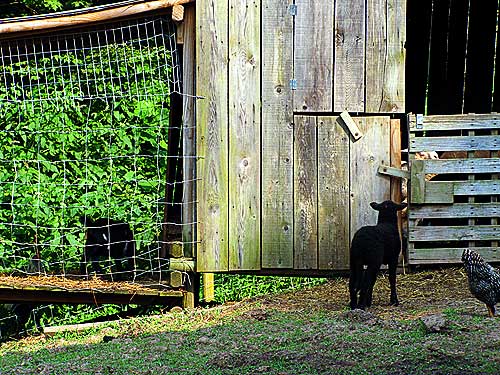 Except for this one, because the day before that, we got the lambs in the goat house and docked their tails. This one wasn’t going back for more! Annabelle’s pup is a little (emphasis on little) more people-oriented since her mother is a dog, so she just galloped in there with everyone else. That little black lamb is Crazy’s baby and he’s Crazy Junior. By the way, the pup’s name? Minnie Belle! 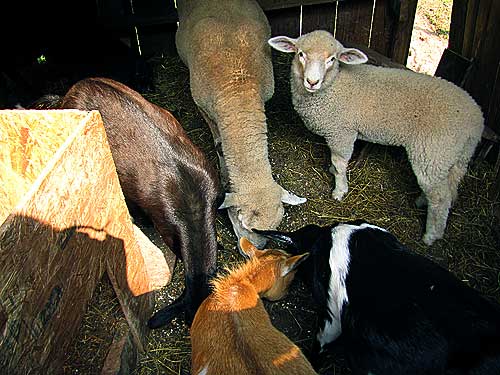 As in, Annbelle’s mini me. She is HUGE. I’m starting to wonder if she has a growth abnormality! Or she’s just showing her Cotwold genes……. 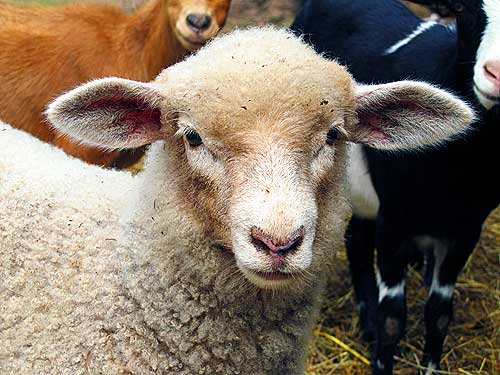 Back to the round bales. We’ve never had round bales before. The goats couldn’t believe their eyes. It was like, almost like, the garden all over again! A FEAST laid before their eyes! 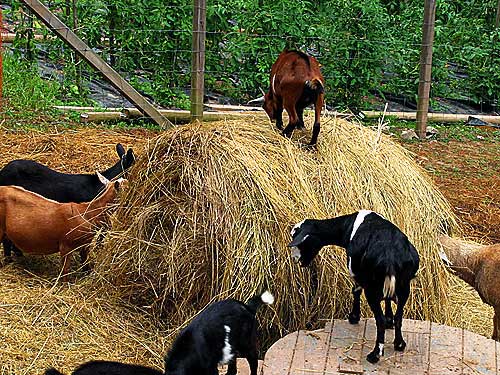 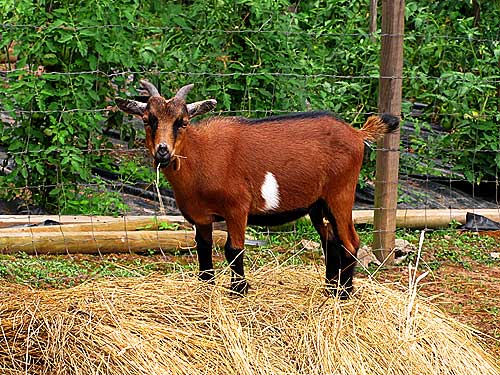 Because sometimes dreams have to die!