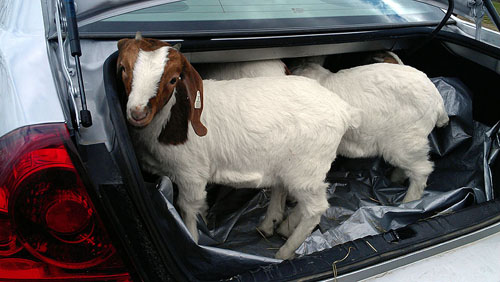 This weekend, I brought home six three-month-old Boer babies in the trunk of my Impala. I’m here to tell you, it can be done! 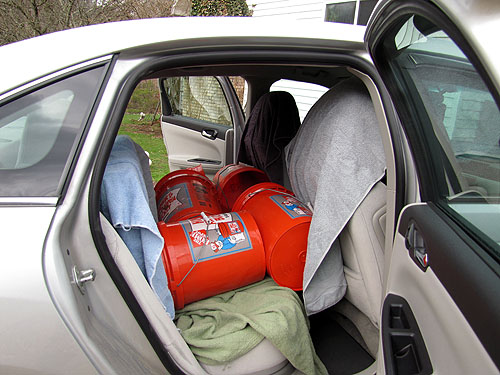 But! No one escaped the trunk, and after removing the tarp and spraying a little Febreze, everything was good as new!

And, now I have a Boer buck and five Boer does.

The buck is a paint. I got him from the Rocking R Goat Farm in Ripley. He was an expensive little sucker, but I did a lot of research and decided to spend my money on a high quality sire. The girls were a little more of a bargain. 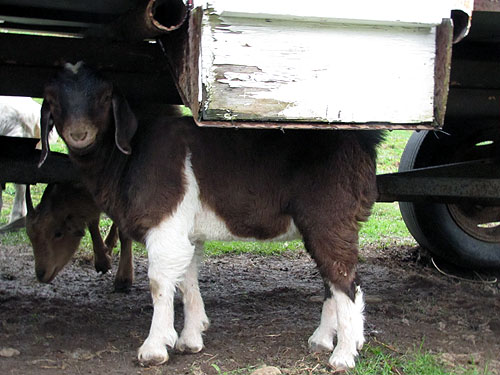 He should throw some pretty babies!

The girls came from another farm near Parkersburg. It was a big round trip, first the buck then the girls then back home. Right now, they’re mostly still hiding from me. 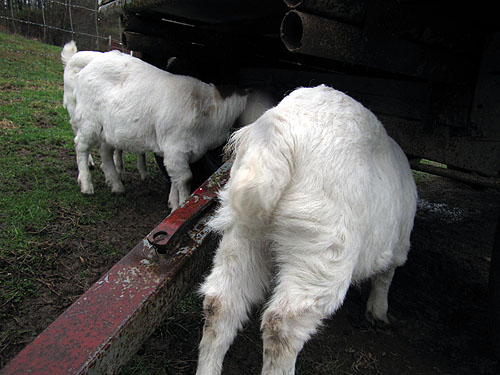 And maybe Maia, because I think she’s a little jealous. 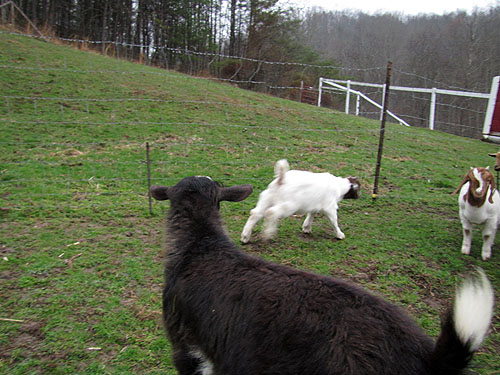 One of the does has one short ear. She was born that way. The parents have normal ears and they said they’d never had a baby like that before so I think it was just a birth defect. I thought it made her extra cute, so I took her. 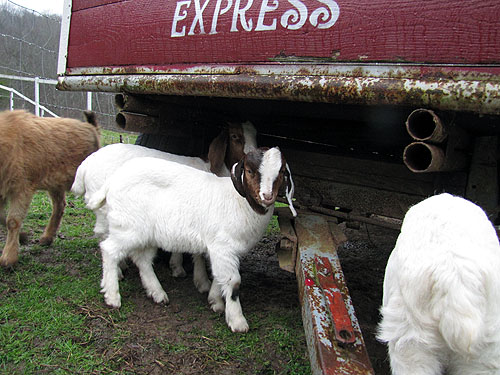 I have no idea how I’m going to tell the rest of them apart. 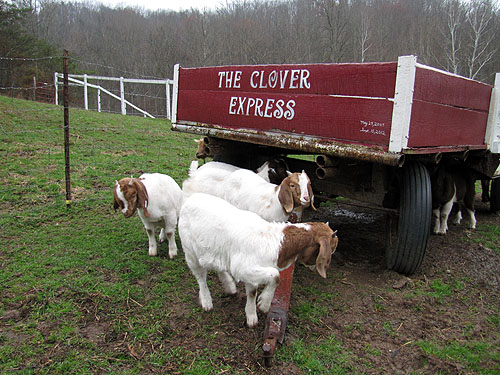 It’ll take a little while to remember who has which spots, etc. 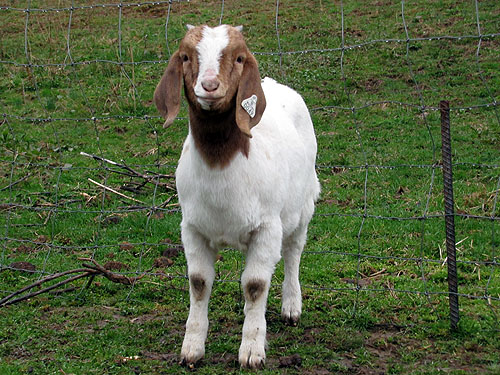 But, we’ll get to know each other and I’ll explain all about cookies. 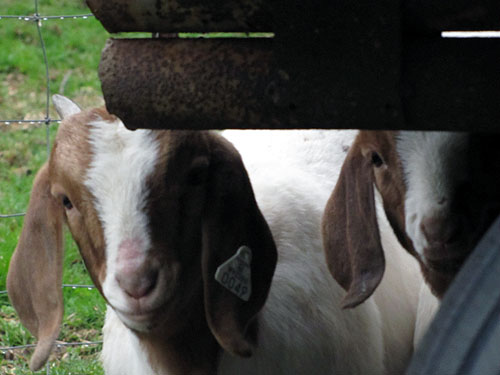 Quick! Name that book! (Which is Morgan’s longtime obsession.)