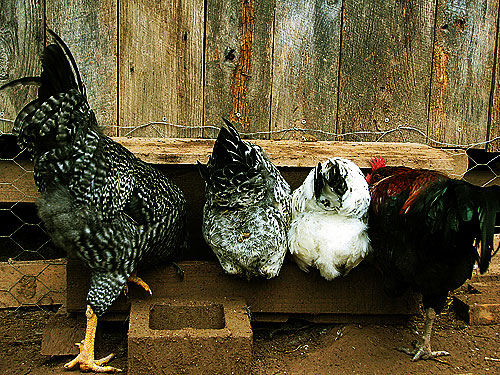 Every day, I let the chickens out into their yard and I look for eggs. It’s been four months since hatch day. They could start laying any time now. And I am so ready!

But they are not. 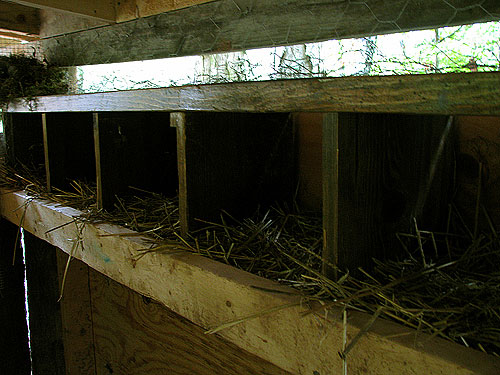 So far, the only nest in the chicken house that’s held eggs is this bird’s nest from spring that I saved for some future decorating purpose or science museum or something….. I don’t really know what I’m going to do with it, but it was too cool to throw away. 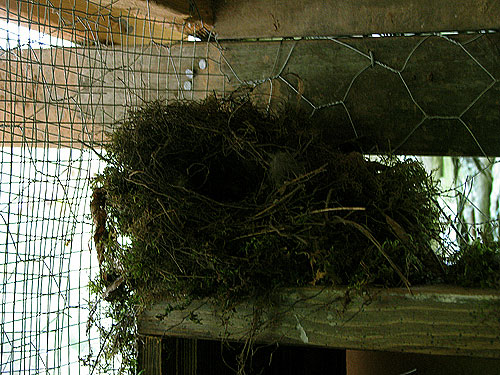 It’s been raining a lot lately and muddy. I’ve got this straw laid down in a path out to the chicken house so I’m not slip-sliding around in the muck. 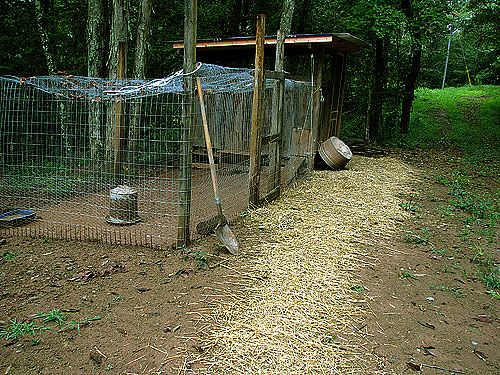 Top soil was scraped off the yard when the house site was being prepared and nothing’s growing here. Now that we have a tractor, this fall we can do some work to the ground and get some grass seed in.

If Coco’s not in the goat yard, she loves to get the chickens up with me in the morning. 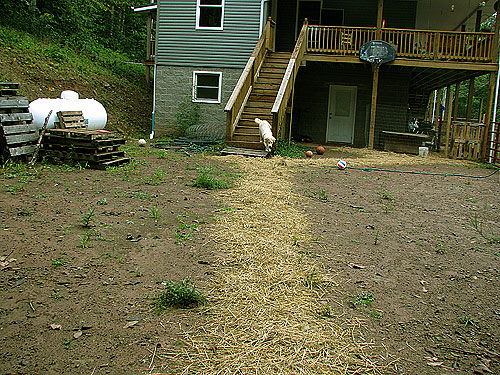 She is always so excited.

Coco: “CHICKENS! I didn’t know we had chickens! I LOVE CHICKENS! Do you want to play? Huh? Huh?”

Every day. Like the day before never happened and it’s new all over again.

I want to wake up every day as exuberant as Coco. 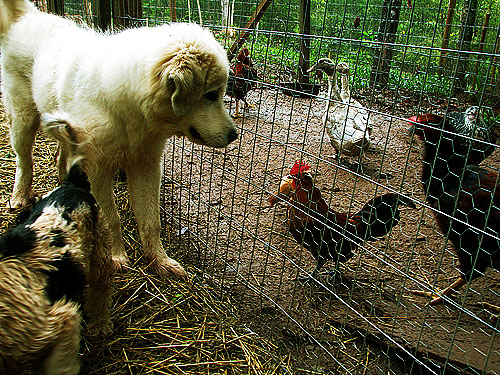 The chickens aren’t nearly as excited about it. Coco’s method of greeting can scatter them pretty quickly. 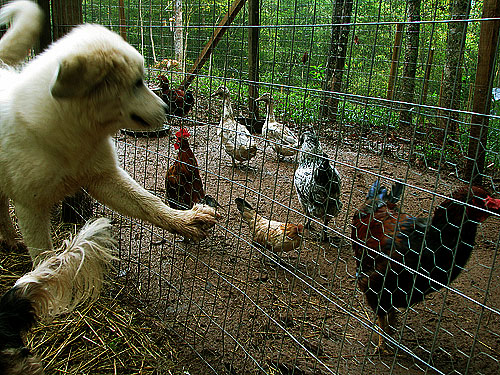 Not that they’ve been in a good mood lately anyway.

Spartacus: “What’s with these goats? How come they get all the attention?” 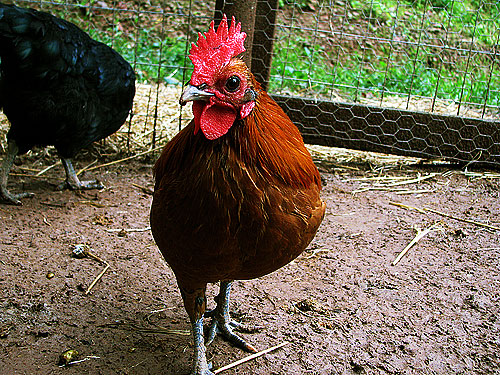 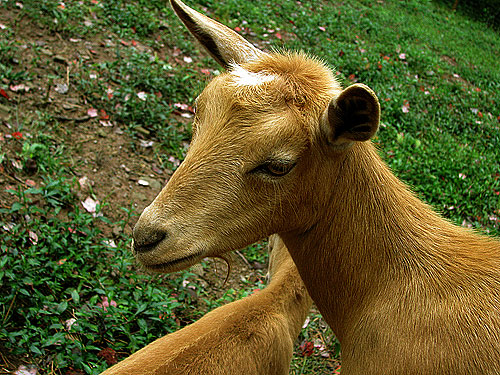 Dookie: “I totally understand. It’s over for you. The woman has goats now. It’s doom, all doom. Nobody loves you. You might as well eat worms. Just be glad you don’t have to compete with a giant puppy like I do.” 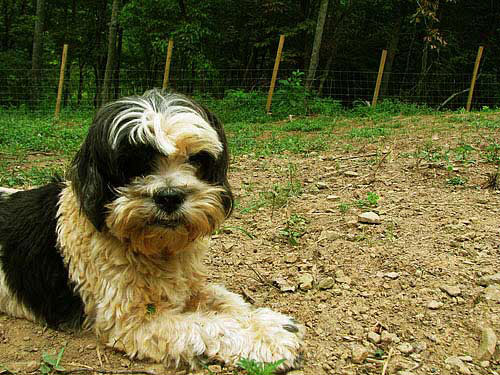 Coco: “I don’t understand. I love you, Dookie.” 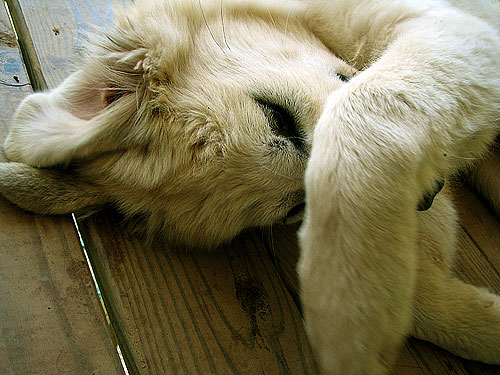 “Clover gives me milk,” I remind the chickens. “What have you done for me lately? Where are my eggs?” 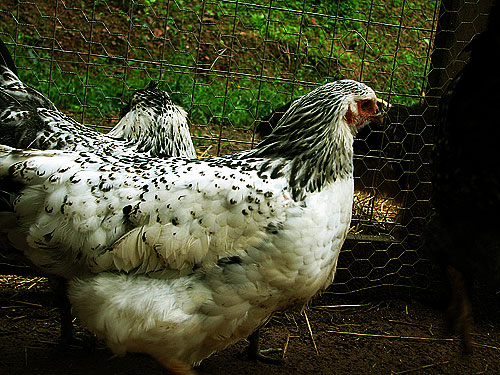 They don’t pay me much attention. They’re too busy showing me their fluffy butts while they’re eating all that feed and not giving me anything back for it. 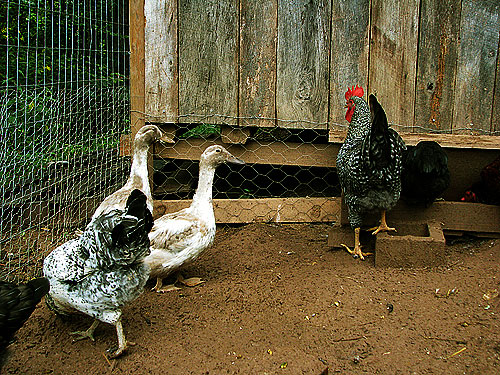 The ducks are doing well, by the way. 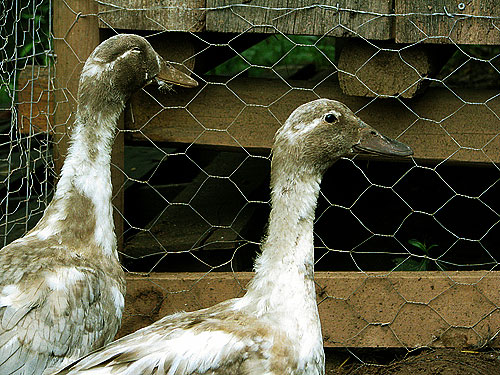 They are the first ones in the chicken house every night and the last ones out in the morning. I think they like to avoid the rush. They have some trouble using the ramp. They tend to kind of fall out rather than walk out. 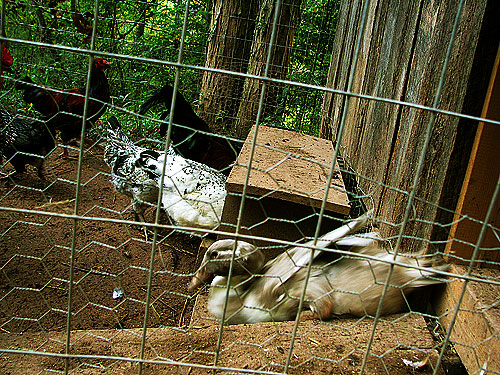 Their pond is ready, but their duck house is not, and so they have to stick it out in the chicken yard a while longer. 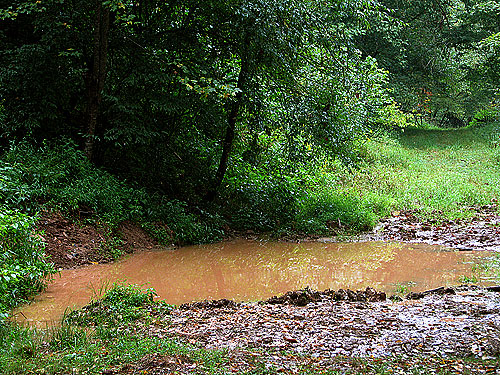 It’s hard to be a duck in a chicken’s world. The chickens established their supremacy upon the ducks’ arrival and the ducks are firmly at the bottom of the pecking order. The pair of them stick like glue to each other. They eat when the chickens are finished, and generally just try to stay out of the chickens’ way the rest of the time. 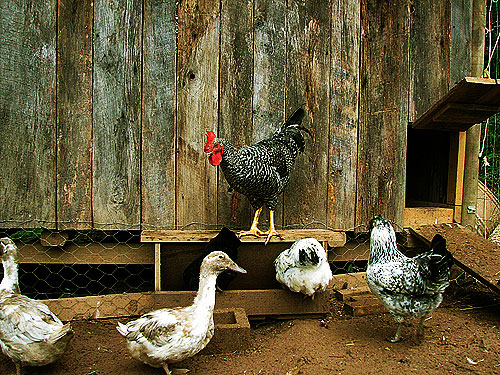 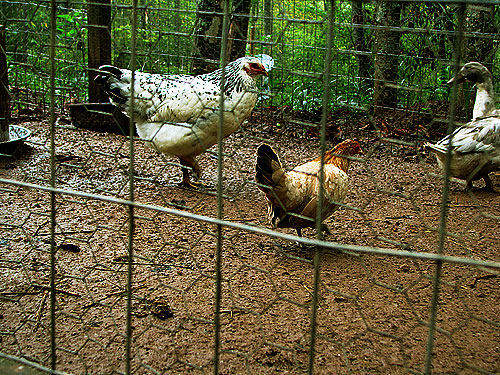 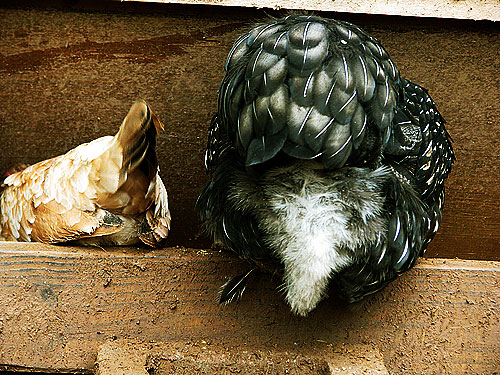 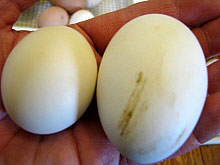 And banty eggs are tiny. Here’s a banty egg and a standard size chicken egg from back when I had eggs in the incubator. You’d have to use two or three banty eggs to make one standard size egg if using in a recipe. Since I have chickens for eggs, I was thinking I wouldn’t increase the banty population.

Princess was aghast at the notion of not having more banties, though. She considers the two banties to be her chickens. She wants more banties. And she does help me take care of the chickens, so I relented. More banties here we come.

But first somebody’s gotta break down and lay an egg.

Maybe if I make some pretty pictures of them they’ll be inspired and compete with each other. Who wants to be the first hen to get all the attention and honor and special effects? 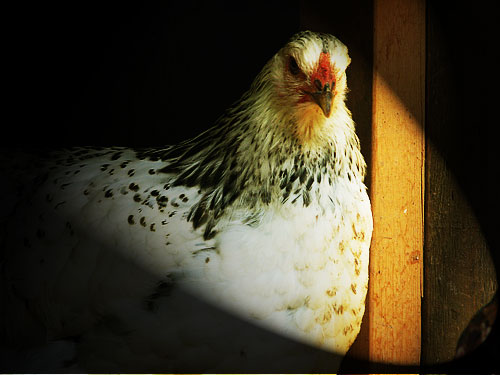 Or this. Etched in stone. 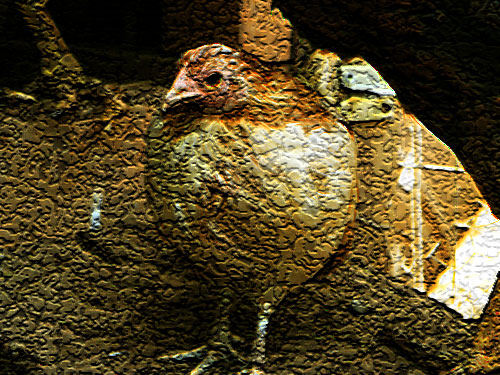 Or even this. Drawn in colored pencils. 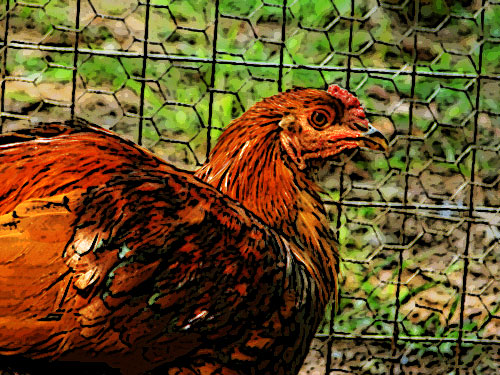 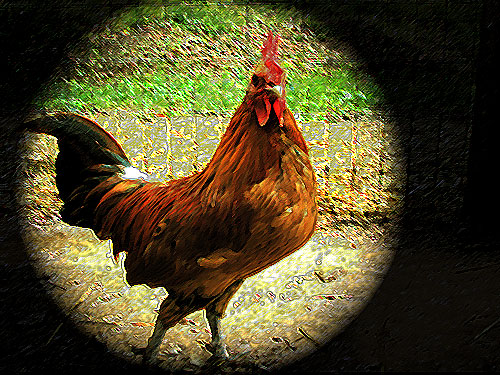 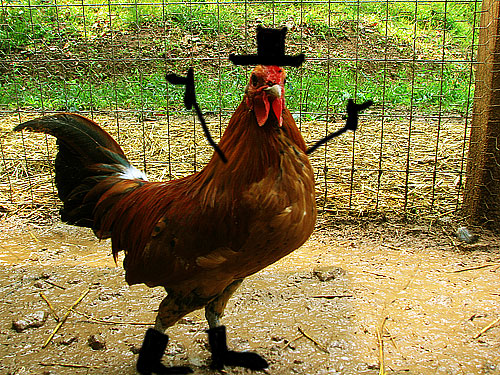 Today’s You Can’t Miss This in the forum: secret recipes, herb gardening, and the funniest thing to ever happen in a chicken pen!