It’s all she’s ever wanted to do since she was knee-high to an egg herself. Hatch babies. 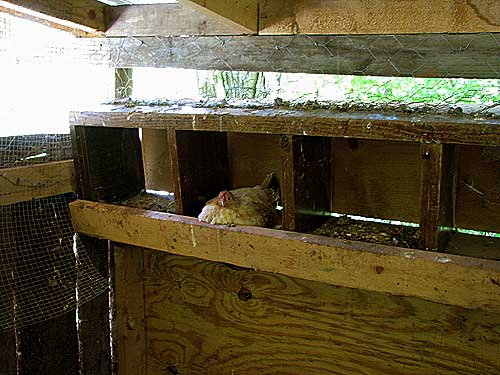 She was finally going to fulfill her life’s dream. 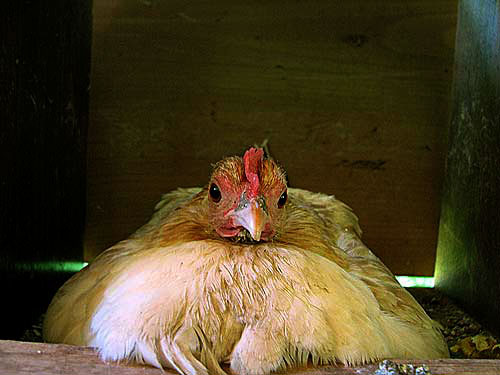 Having watched her sit unproductively for nearly a month on her own unfertile eggs, it was time for an intervention. A couple of days ago, I put three likely-fertile eggs I’d picked up from the other hens in my little banty’s nesting box while she got up to get a drink. She looked them over when she came back, rearranged them, then rolled them under her.

Satisfied and filled with new hope, she settled down on top of them to keep dreaming her little dream. 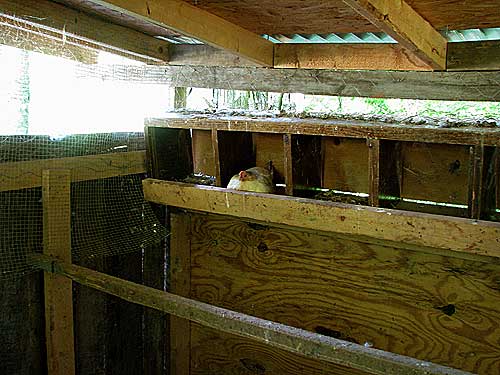 Raccoons killed her sometime between Thursday night and Friday morning. We have free-ranging chickens and ducks, but they aren’t bothering them. They’re going after the hens that are penned up. They’d decapitated another hen, one of our young Domineckers, the night before by reaching into the chicken yard. 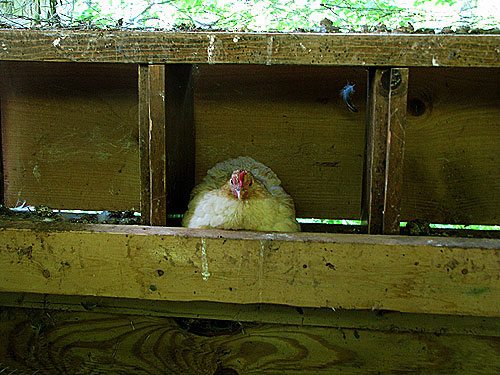 They got the banty from behind. There is a hinged door that opens into the nesting boxes behind the chicken house. It has an extra lock designed specifically so raccoons can’t open it, but they didn’t have to open the door. They just slipped their paws into the crack, tore her up, and pulled her out, leaving nothing but a bit of feathers and blood behind. 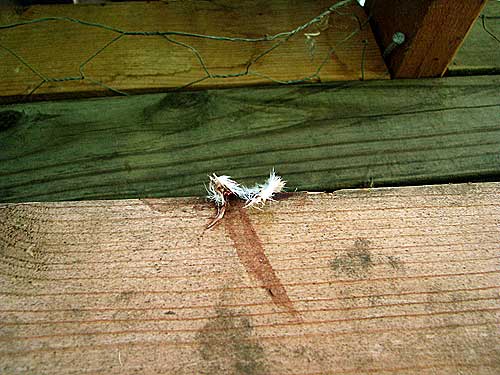 The struggle must have been brief. Only one egg was broken in the nest. 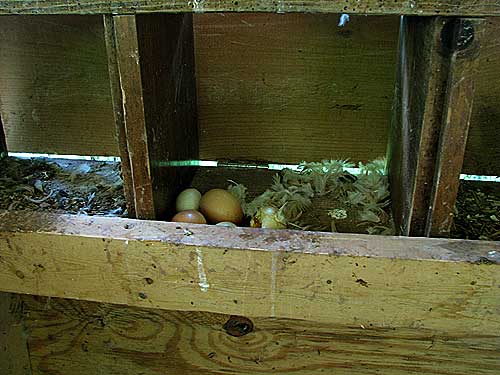 I have a live trap and I know what to do with them after that. This is war. 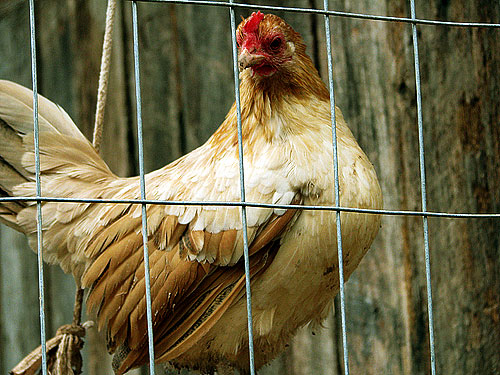 I loved that little banty. She was going to be a mother. Was too.