As I’m writing this post, I’m sitting in my car watching the cows. 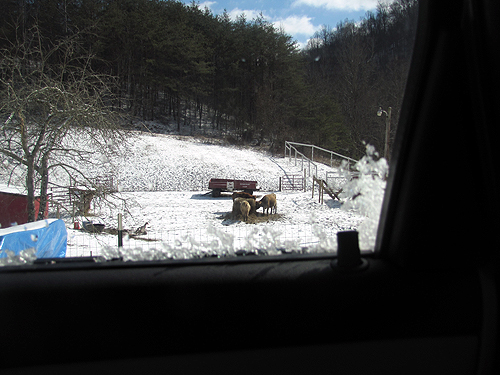 It’s been about three weeks since I had the cows AI’d (artificially inseminated). Yesterday evening there was a lot of attention on Dumplin. Moon Pie and Glory Bee were both trying to ride her, and some of the time, she was letting them. Meaning, she was standing still instead of walking away. Cows will ride each other for all kinds of reasons, sometimes just boredom, but cows walk away from it. They only stand still for riding if they’re in standing heat.

All signs point to…. Dumplin is in heat. Which is very disappointing. I think even Dumplin agrees because this means the vet will be back.

On the upside, so far nobody is paying attention to Glory Bee. I’ll have to keep watching for the next few days to be sure. Meanwhile, fastest I can get semen here is tomorrow, so the vet will be here then and we’ll give this thing another shot with Dumplin.

I was already in the process of getting a new chute put in on the other side of the milking parlor specifically for vet work. Up to now, the vet has used the chute I have set up for milking, but there are a few issues with that when it comes to vet work. One is that the vet is righthanded, so coming in from that side is really awkward. Second is that protection needs to be put in place to keep the vet from the risk of being kicked.

A new chute is in the process of being constructed and has to be ready tomorrow, so it has been moved to the head of the priority list for my hired men. 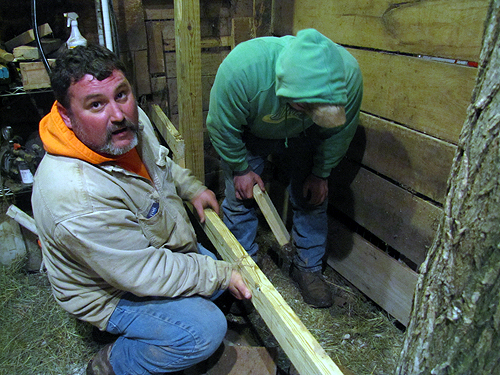 So far, the old goat milking stand that was here has been taken down. (I don’t expect to be milking any goats.) The new vet chute for cows is going in its place.

A locust tree was cut down to be used in place of a 12-foot post that was needed. 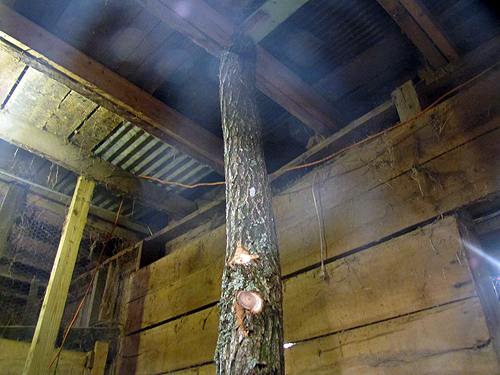 A new feed tray and headlock has been built. What’s left to finish are the side boards that will keep a cow from kicking out to the side. (There’s usually an assistant standing to the side, holding the tail, so there needs to be protection there.) And also a back gate to keep a cow from kicking back or suddenly bolting back before their head is secured in the headlock.

This should all be finished this evening. To save time when my hired men get here (so they can move on to the chicken yard, which has been temporarily abandoned for the vet chute), I went out to do the measurements myself. 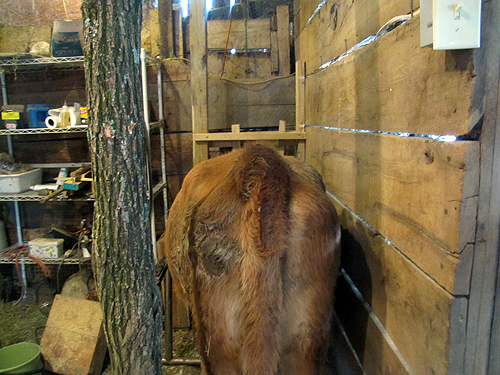 Dumplin volunteered to go first. Which surprised me since Glory Bee likes to be first about everything, but I think she was lost in thought for moment pondering the concept of becoming a grandmother.

The notch on the board that holds the headlock will need to be cut this evening, so I determined where that would need to be to hold Dumplin. 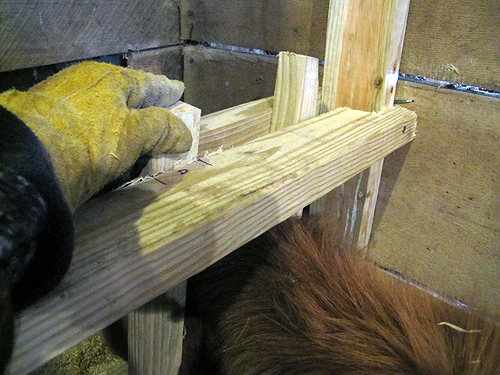 I measured where her rear end ends. 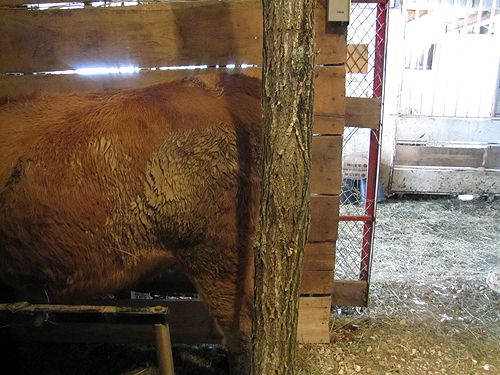 Then on the sides, I measured just below the belly line where side boards can be put in place. (That’s just a rack to the side right now, to keep her from coming in to the headlock sideways.) 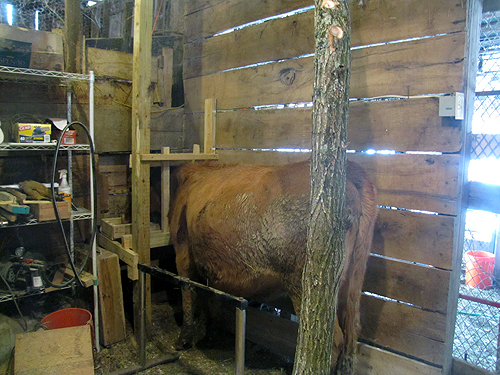 It was a little confusing for Dumplin since I’d trained her to go in the other chute, but she figured out pretty quickly that I wanted her to walk into the new one.

Then I moved her out and brought Glory Bee in. Glory Bee was also baffled by the new chute, but also figured it out quickly. Cows are handy like that. They love food, and it generally takes about a minute to train them to do anything for some sweet molasses feed. 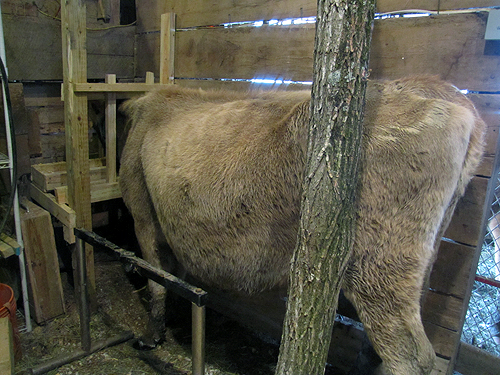 Glory Bee is several inches longer than Dumplin, so something is going to have to be figured out in order to solve that problem. But all the measuring and figuring comes with extra snacks, so nobody minds. 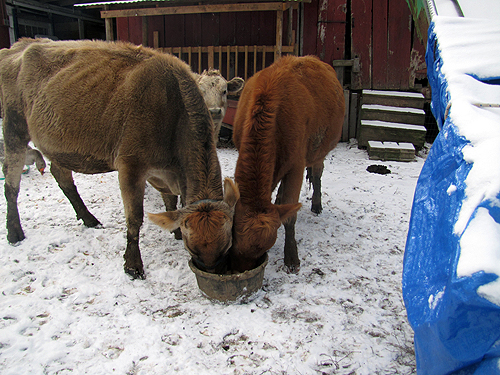 Did you know that on big cattle farms, they actually pay people to watch cows for riding and standing? Really.

I can’t decide if that’s the worst job ever. Or the best. But I’m pretty sure I’m qualified for it!

P.S. I love how everybody likes to keep an eye on their mama! 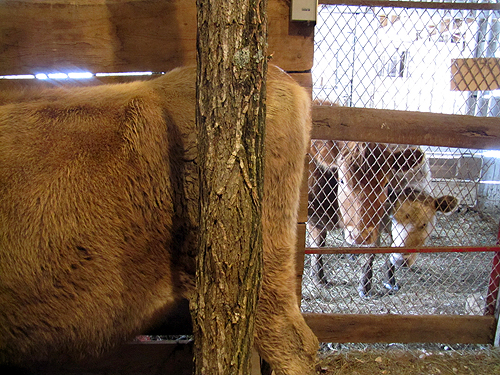