We’re having a weaning party! 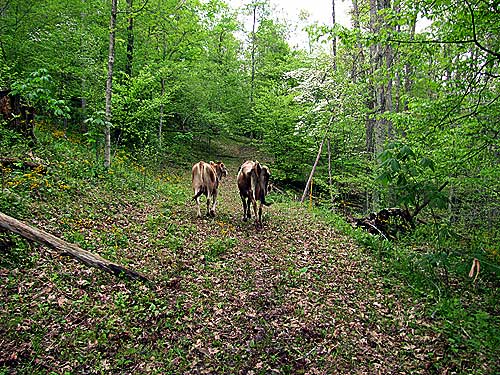 And Glory Bee and BP are invited! I’m expecting the celebration, or bellowing, to go on for weeks. 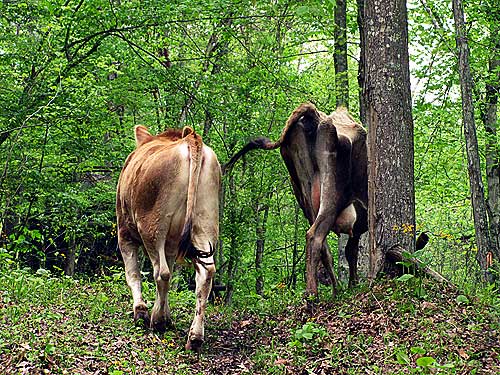 And involve a lot of drama. 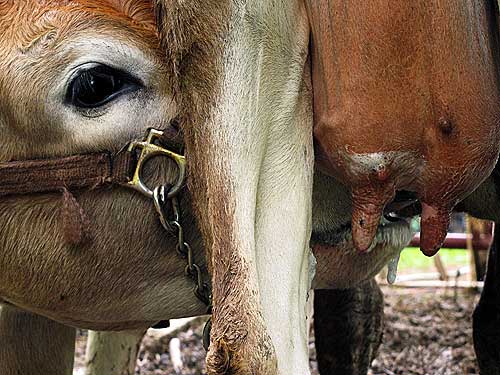 My general philosophy is to keep babies with mommies as much as possible and for as long as possible. I believe it’s healthier for everyone. And it definitely makes everyone happier. 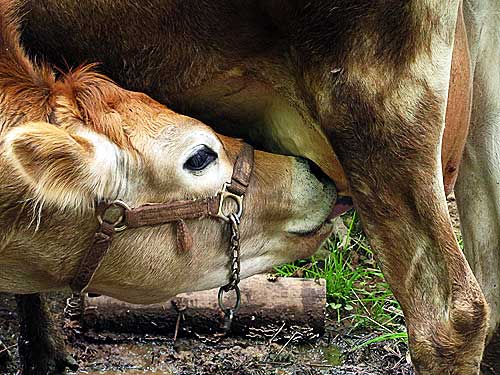 I’ve had a lot of ups and downs and mind-boggling confusion in dealing with Glory Bee, and even almost weaned her earlier. Luckily, I figured out a system that worked well where she and I traded off days with BP. I got milk. Glory Bee got milk. Everyone was happy! In fact, it’s a beautiful arrangement, but all good things must come to an end. If I want BP to have a spring calf next year–which I do–she’ll need to start dating soon.

Once she has a bun in the oven, she’ll need to put all her motherly resources into nurturing her new creation. Her date isn’t planned until sometime in June, but I think she needs a little down time between stopping with Glory Bee and starting her new baby, and, well, Glory Bee is going on eight months old. 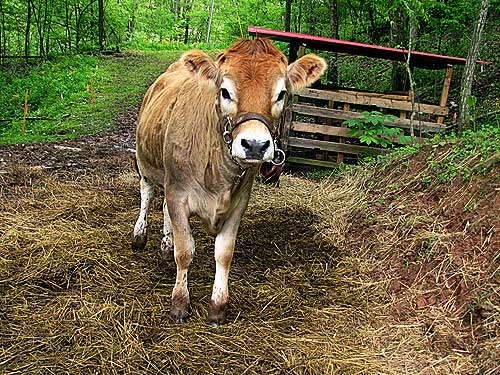 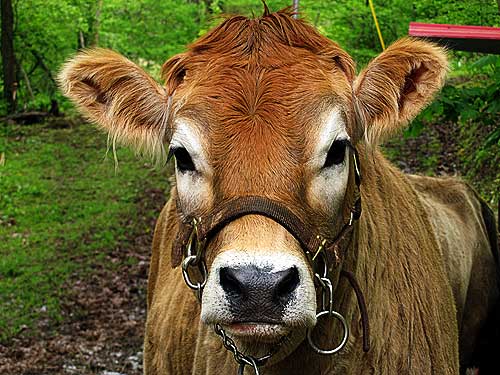 Before having a calf, I had never thought about being attached to one this much. Cows have a lot of personality. 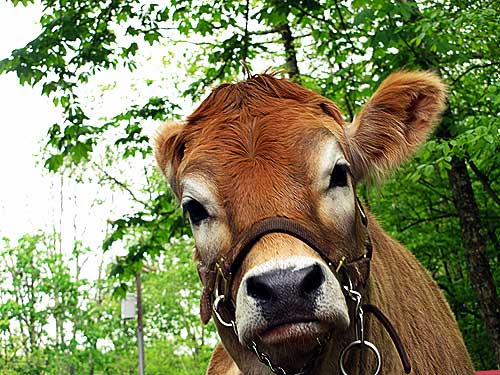 They can be stubborn as donkeys, frisky as goats (at least when they’re calves), and as disinterested-yet-interested in you as sheep. 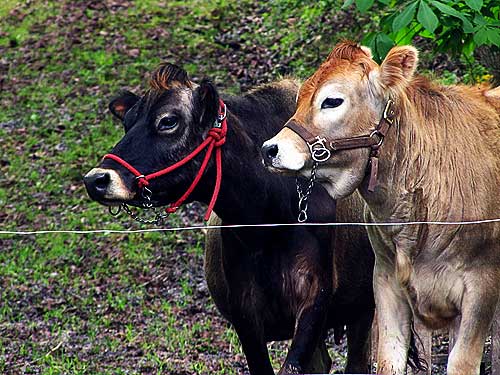 Glory Bee moved herself to BP-land a few weeks ago, so that meant she had to be moved back to the goat yard. I’m afraid to attempt weaning her in BP-land, though for a time a separation fence was considered there. But I could see Glory Bee, in desperation, breaking through or over or under or just setting off a bomb to take out the electric fence so she could get to mommy. Encouraging her via desperation to figure out how to break down the electric fence doesn’t seem like a wise path. Of course, she did break out of the goat yard once before–that’s how she got to BP-land. We added a latch to the goat yard gate, instead of just using the hook method. Hopefully, this will prevent any further break-outs there. I’ll be keeping a close eye.

I’ll put them back together as soon as she’s weaned. I’m not sure how long this is going to take–or even how I’ll know for sure when we’re done. I’ve never weaned a calf before. I don’t know what I’m doing. I just know it’s time to do it. In most cases, a calf is weaned much earlier than this. But this isn’t a commercial operation. And I wasn’t born a farmer. As much as I sometimes stress that this is a real farm, it’s also as much of a storybook to me as it may seem sometimes to some of you. If I portray this farm in a storybook way, it’s because that’s the way I see it, and sometimes (or often) I even make decisions from that mindset. I try to temper it with as much reason as I can, but–

I think animals deserve storybooks, too, so as much as possible, I let them live it with me. At least until the calf is about to turn eight months old and it’s just starting to get ridiculous. 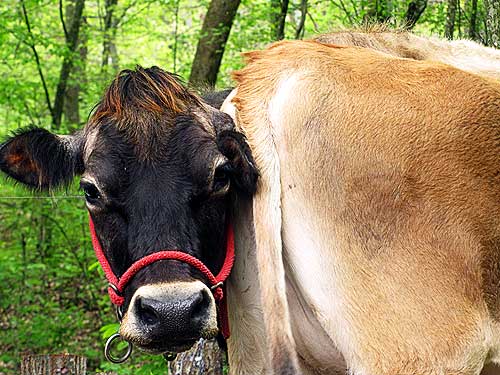 BP has been in no hurry to kick off her big baby, so she’s not going to be any more happy than Glory Bee. 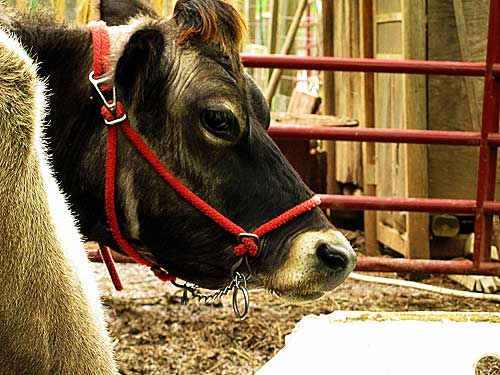 But I’m also very excited about getting my milk back, and about BP’s big date. It’s going to be an exciting spring! 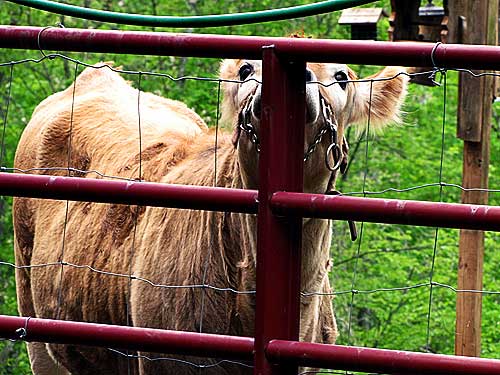 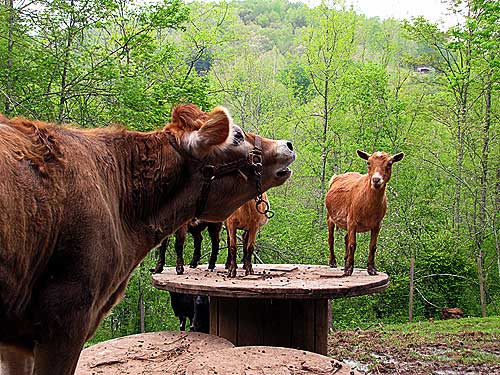