I got all hung up on bear claws recently when I found some lost recipes in my kitchen that belonged to previous owners of the house. I didn’t want to use that recipe, but I did want some bear claws. So I decided to create a Grandmother Bread recipe with a pastry effect. I like the challenge and simplicity of working with one easy-to-remember base recipe. Plus I’m a little crazy that way.

To create a pastry effect in my Grandmother Bread recipe, butter is used as an add-in at double strength. The repeat rolling technique with the dough also lends more flakiness. Whenever adding egg and/or oil to a Grandmother Bread recipe, you’ll need to use at least an additional half cup of flour. (See more about using egg, oil, and milk in Grandmother Bread recipes here.) In this case, with the doubled butter add-in, you may need as much as an extra cup. There is increased sugar in this recipe for a sweeter dough, but you can decrease the sugar if you prefer. I deliberately built this recipe without egg so it could be easily converted to vegan with margarine and soy milk (when I’m baking for my “other daughter”).

In a large bowl, combine warm milk, yeast, sugar, and salt. Let sit five minutes. Meanwhile, cut butter into one cup of the flour, using a pastry cutter or food processor until the flour/butter is like coarse crumbs. 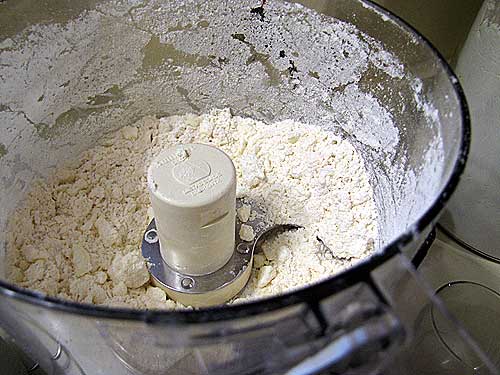 Add to warm milk mixture, stirring with a spoon. (Do not beat with an electric mixer–you don’t want to pulverize the butter at this point.) Add more flour a little at a time as needed, stirring until dough becomes too stiff to continue stirring easily. Add a little more flour and begin kneading. The amount of flour is approximate–your mileage may vary! Continue adding flour and kneading until the dough is smooth and elastic.

Using a floured rolling pin, roll out on a floured surface into a large rectangle (about 20 inches by 10 inches). Fold dough into thirds, wrap, and refrigerate for at least 1 1/2 hours or overnight (or freeze for 30 minutes if you’re in a hurry). I just pack it up in the same piece of parchment paper I used for rolling. 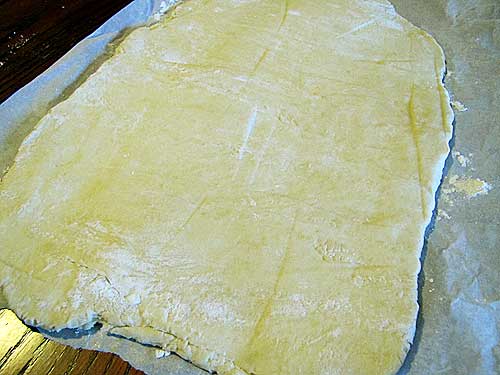 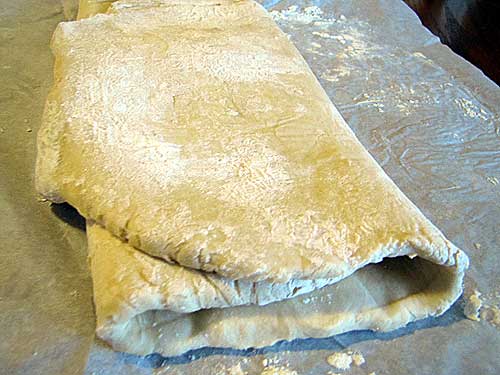 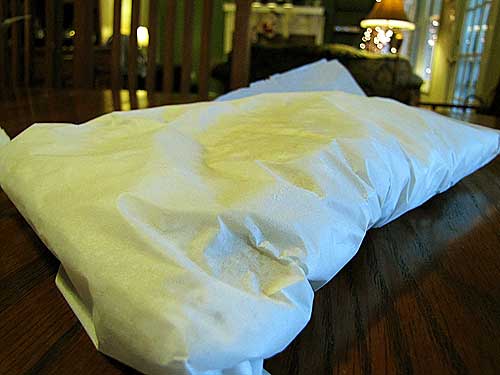 Take dough out of refrigerator. Using a floured rolling pin again, roll dough out on a floured surface into a rectangle as described above. Fold, wrap, and chill dough again, this time for at least four hours or overnight–or longer. You can use the dough after four hours, refrigerate it for up to a week, or freeze it for later use. This is a great make-ahead special occasion dough, and can be used as the foundation of many different pastries. I’m going to have fun with this one!

While the recipe sounds time-consuming with the repeat rolling steps, this actually takes just a few minutes then you pop it back in the fridge and go on with your day.

If you want to make bear claws……

Printer-Friendly
How to make Bear Claws:

*You could use chopped pecans or walnuts as well, or no nuts at all.

Divide chilled Grandmother Bread for Pastries dough in half. On a floured surface, roll each portion into a 10-inch square. Brush each square with half of the melted butter. Combine cinnamon and sugar in a small bowl; sprinkle half of the cinnamon-sugar filling on each pastry square. 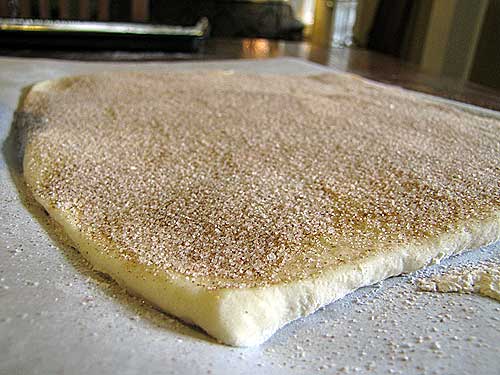 Cut each square in half to make two strips. 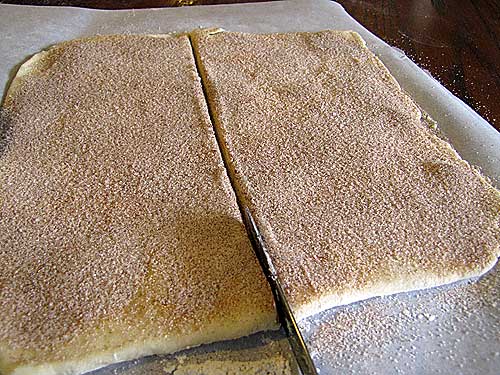 Fold each strip together lengthwise; seal edges and ends. 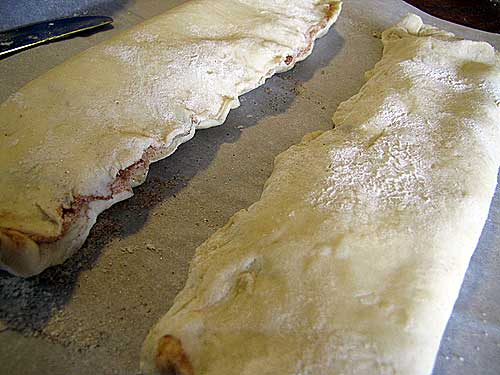 Cut into three pieces and seal new cut edges. Make four cuts on each piece to within a half-inch to an inch of the folded edge. (Cut from the sealed edge, not the folded edge.) 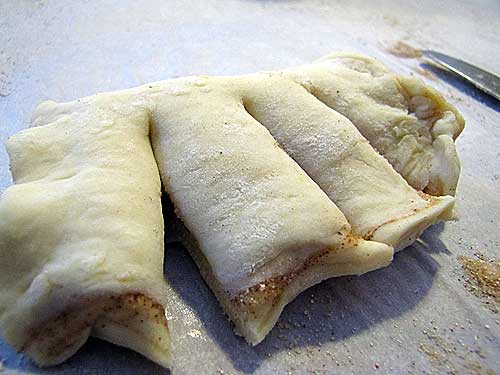 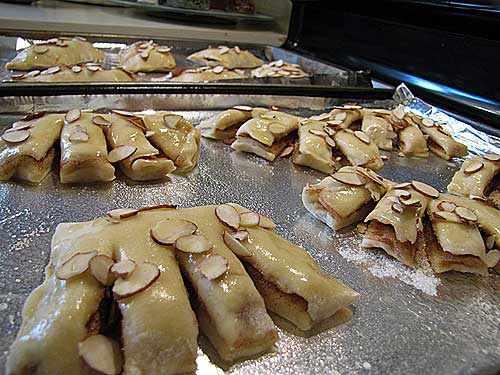 Bake at 350-degrees for 20-25 minutes. Cool on a wire rack. Drizzle with powdered sugar icing. 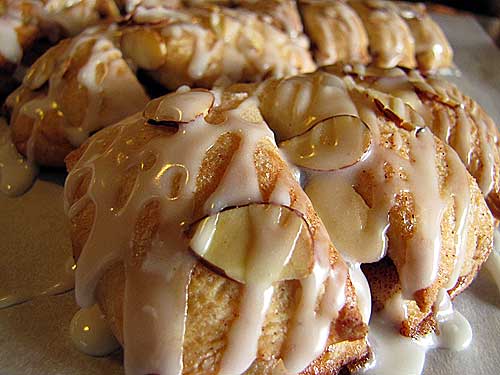 Get this pastry dough in the fridge now and you’ll be ready for a special holiday breakfast. You can cut and shape the bear claws and let them rise overnight in the fridge on Christmas Eve to make your Christmas morning even easier!

See these recipes at Farm Bell Recipes and save them to your recipe box:
Grandmother Bread for Pastries
Bear Claws