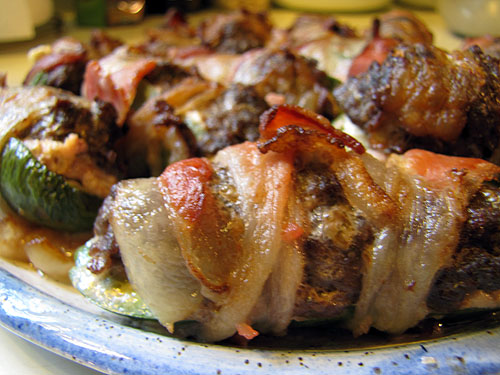 I wrote about Miss Kay’s Duck Commander Kitchen cookbook after I picked it up in West Monroe, Louisiana on my way back from Texas. Here, as promised, is the other recipe I’ve tried so far. As I said, I like the cookbook, which is a surprise to me for a celebrity cookbook, and I recommend you pick up your own copy!

I made this recipe last week, baking them in the oven, and we loved them so much that I made them again this week on the grill. They work great either way.

The way I made them was slightly different from how they’re presented in the cookbook. In the book, two pounds of sausage is recommended so the ground meat can be wrapped all the way around the jalapeno. I used one pound of ground venison and only put the meat on top. I also added an egg to the ground meat, which just made it easier to work with. Here’s how I made them.

Printer-Friendly
How to make Armadillo Eggs:

Start the grill, or preheat the oven to 400-degrees. 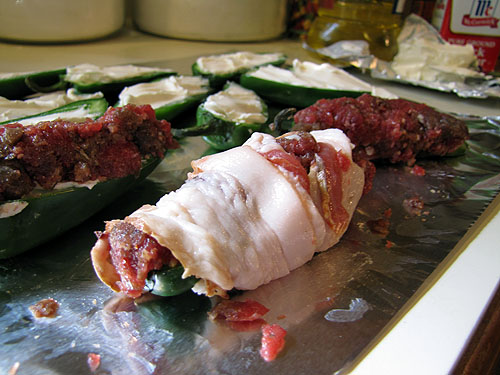 These are easy to make and they are SO delicious. 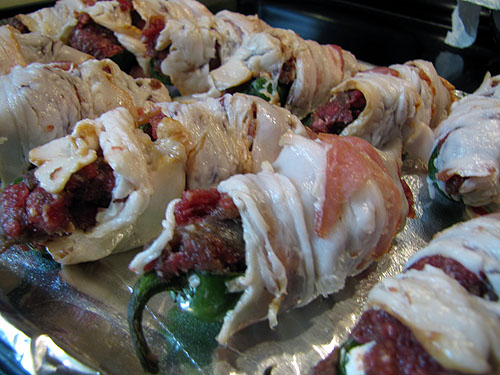 Bake at 400-degrees for 15-20 minutes then broil a few minutes to crisp the bacon, or grill until the sausage is cooked through and the bacon is crispy. Either way–fantastic. 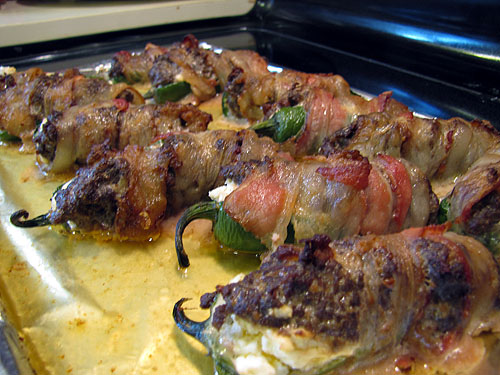 If you want to wrap the meat all the way around, it would definitely take two pounds. I thought that seemed a little much, too heavy for an appetizer. Although, the second time I made them, we ate it as the meal. Because we liked them that much. 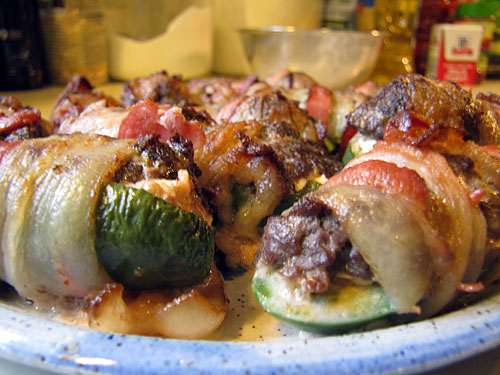 We’re hot pepper people here. If you are, too, I promise you’ll love this recipe!