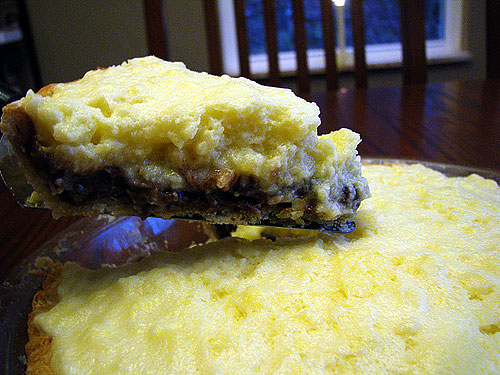 The other day, I was driving down our rocky dirt road on my way home and I saw this little old lady all hunched over, walking with a stick. There weren’t any houses near by, so I stopped the car beside her, rolled down my window, and asked her if she needed any help. She just looked at me and said, “Black-Bottom Pie.” I said, “What?” And she said, “Black-Bottom Pie.” Again. Then she asked me if I wanted the recipe, and I said, like, okay, and I didn’t have a piece of paper so I wrote it down on my hand. Then she said, “I was young like you once and someone gave me this recipe. They told me if I didn’t go home right away and make it, I would grow old and miserable overnight, like I am now, and the only way I can be released from my suffering is to give the recipe to someone else. And if you don’t go home and make it right away, you will end up like me.” Then, right in front of me, she turned into a bunny and hopped into the forest.

Okay, I got this recipe out of a Better Homes & Gardens cookbook. But I had you going for, like, half a second, right? Or at least the part about where an old lady was walking down the road? THAT COULD HAPPEN!! Never mind…………. I don’t even understand the part about the bunny and I wrote it. Hmmm. This is what I’m always saying about stuff in my books, too…..

But! This pie is to die for!!!! Black-Bottom Pie used to be popular years ago, but people hardly make it anymore. Which is why, of course, I’m attracted to it. I love old-timey stuff that nobody wants to make. I’m difficult that way. (If you want an easy pie, get a Mrs. Smith’s in the freezer section of the grocery store. I am about real pie. The kind of pie they write ballads about. Pie is meant to be a lyrical masterpiece, a creative process. PIE!!!!!) There are several steps to this recipe (thus its waning popularity in our MAKE IT FAST OR FORGET IT world. But it’s also worth the trouble, so here’s how to make this old-fashioned favorite (after your head stops spinning from this whole freakish foray into my nonsensical imagination), with my modifications to the original cookbook instructions (which I didn’t think were quite clear….I am often annoyed by cookbooks….):

Printer-Friendly
How to make Black-Bottom Pie:

Step One: Prepare one single-crust pie shell. (Try Foolproof Pie Crust!) Prick all over, the more the better, with a fork. Bake at 450-degrees for about 10 minutes. Cool. 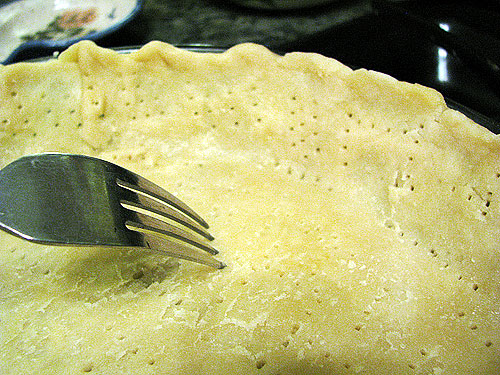 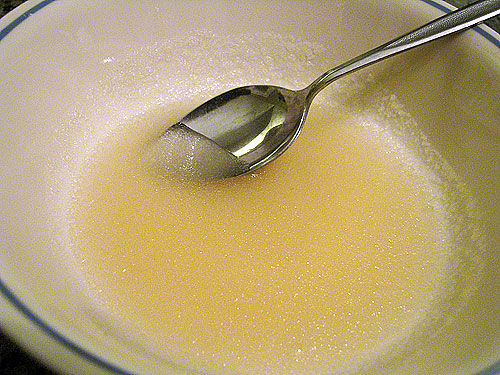 Step Three: In a small saucepan, combine 1/2 cup of the sugar and the cornstarch. Stir in milk and egg yolks. Cook and stir over medium heat until bubbly. Cook and stir two minutes more. Remove from heat and stir in vanilla. 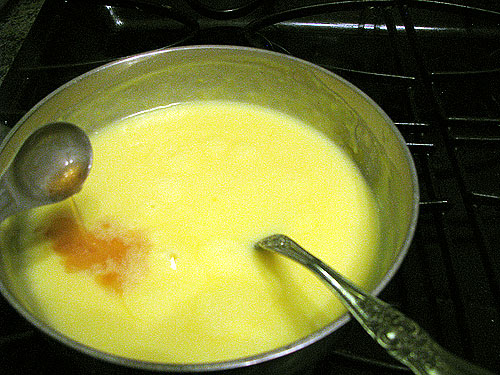 Step Four: Pour half of the milk mixture into a medium-size bowl. (Keep remaining mixture in saucepan warm with the lowest setting on your stovetop. It is very important that you keep the saucepan mixture warm while you are working with the chocolate in this step.) Add chocolate to the half in the bowl and stir to melt. Pour into baked pie shell. Chill while continuing the rest of the pie preparation. 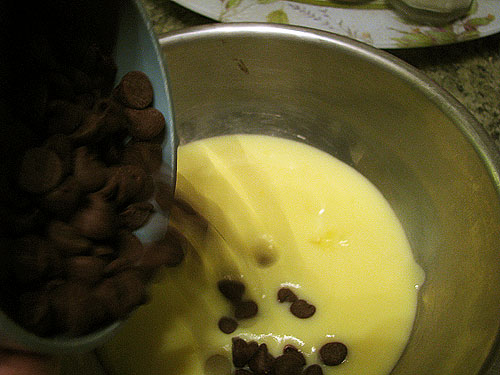 Step Five: Stir softened gelatin mixture into the warmed saucepan with the remaining half of the milk mixture until gelatin dissolves. Stir in the rum. You can taste the rum first if you need to. Or want to. Or have some Coke. Or don’t. You just go ahead and have some rum. I said so. I think the old lady said so, too. Right before she hopped into the forest. Okay, don’t get too distracted here. Chill the milk/gelatin/rum mixture until it is about the consistency of syrup. Do not get distracted at this point. I can’t say this enough. Put down the rum. If you let it chill too long, it will gel into clumps and you will only wish you were a carefree bunny hopping in the forest, trust me, because all your effort up to now will be for naught. Actually, that’s not true–even if you let it get clumpy, the pie will still work, but it won’t look as pretty, so don’t do it. Put down the rum! Just check it every 5 minutes to see when it thickens up to syrupy texture and take it out then. (This will depend on your fridge temp, but should probably be less than 30 minutes.) 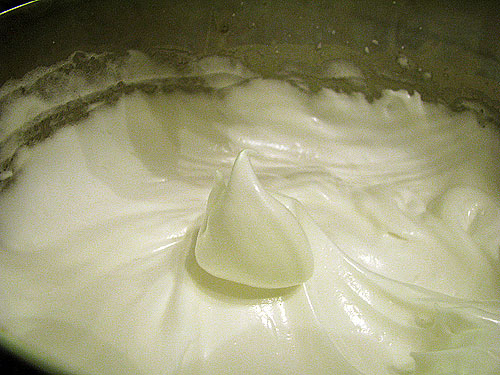 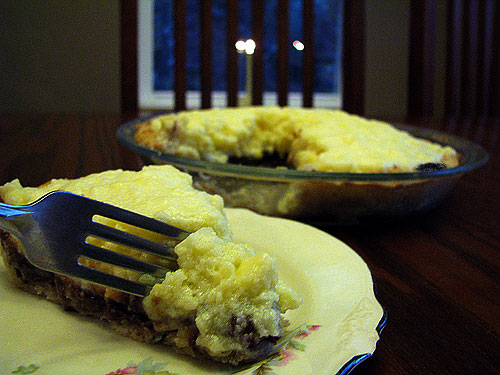 Chocolate bottom, rum pudding and meringue top…………. This pie is worth it!!

Now excuse me because I totally need some breakfast….