A real risotto is a rice dish cooked in a creamy broth that is developed by the constant stirring of the rice, which allows it to release starch. The most common type of rice used in risotto is arborio rice, which is a nice plump short-grained variety with a good amount of starch. But what if you’re trying to cut some of the starch out of your diet because you don’t want to turn into a nice plump variety yourself? Ha. I’ve been on a kick lately with veggie substitutes, and have fallen deeply in love with cauliflower risotto.

With a lot of cheese. Because I’m not a die hard health nut. (But you knew that. My deep love affair with butter won’t allow it.)

Cauliflower has this odd and amazing capacity to look just like rice. Check it out–roughly chop half a head of fresh cauliflower. 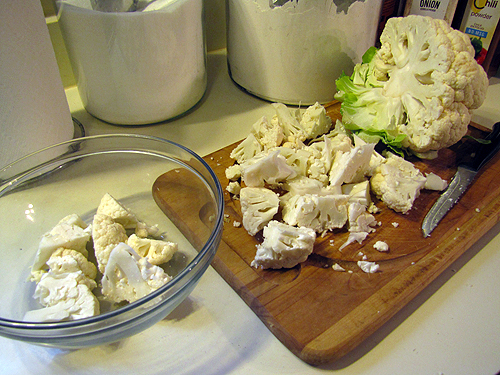 Stick it in the food processor, and in no time it goes from this– 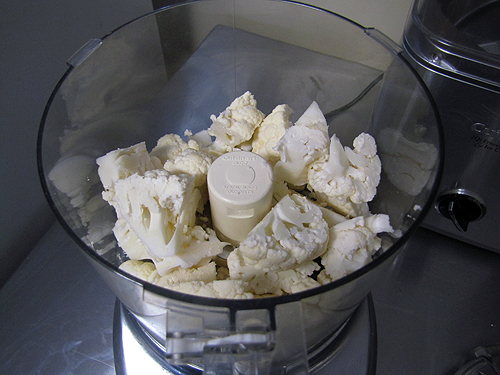 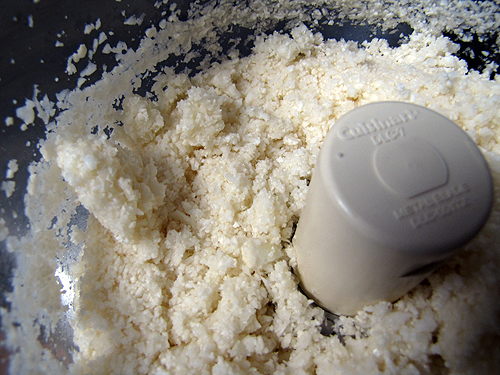 Be careful not to over-process it. You want it to look like short-grained rice, not mashed potatoes. 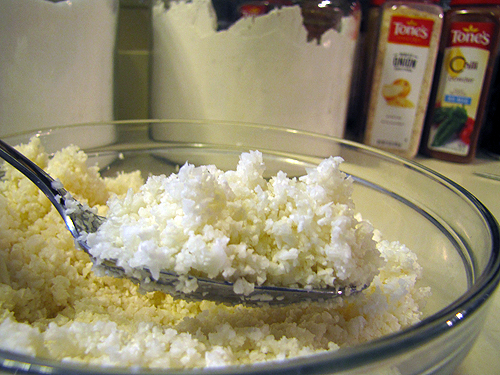 Toast it in a large skillet on high heat for a couple of minutes with some minced garlic and olive oil. 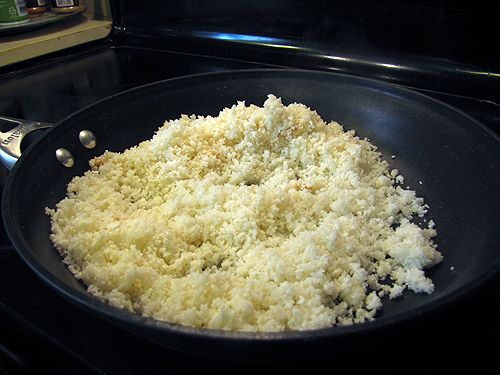 Add one cube of chicken bouillon along with 1/4 cup milk and 1 cup of water. (The milk substitutes for the starch, making the creamy consistency.) The chicken bouillon cube, by the way, will provide all the seasoning that you need, so no additional salt and pepper is required. 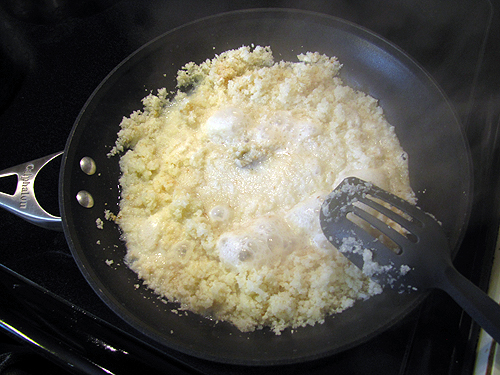 Simmer on medium-low heat until it thickens. 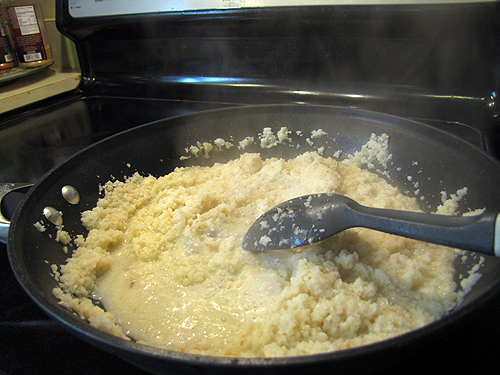 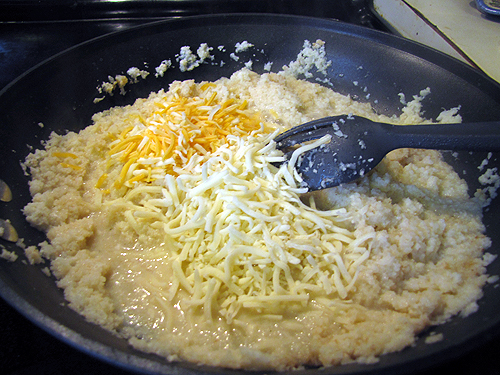 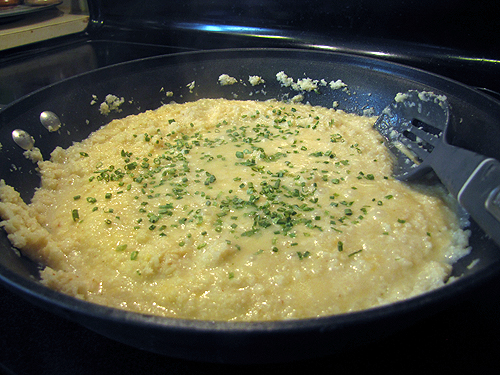 It’s ready to eat at this point, but I’m usually working on other components of the meal and will transfer it to a casserole dish to be reheated in the oven just before serving. 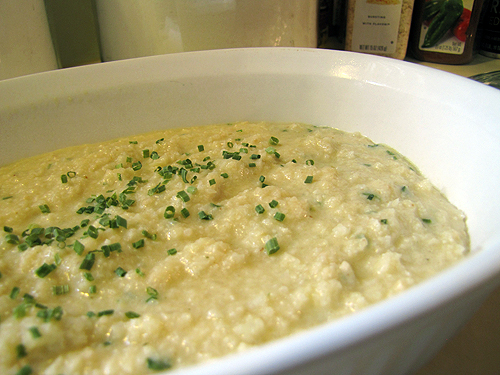 This is so much like rice risotto, it’s unreal. I served it topped with shrimp for Morgan’s birthday dinner. Everyone at the table kept saying, “I can’t believe this isn’t rice!” And everybody loved it. It’s a strange phenomenon, but it doesn’t even really taste like cauliflower. It tastes like….rice risotto.

I’ve been making it about once a week lately and can’t get enough of it. Here are the recipe details:

Printer-Friendly
How to make Cauliflower Risotto:

Pulse the roughly chopped cauliflower in a food processor until it resembles short-grained rice. (Don’t over-do it!) Heat olive oil in a large skillet on high heat. Add the cauliflower and minced garlic. Lightly toast over high heat for a few minutes. Turn heat to medium-low. Add the bouillon cube, milk, and water, stirring to dissolve the bouillon. Simmer until the mixture reduces and thickens. Stir in the cheeses. Sprinkle in chives. Serve immediately, or transfer to a casserole dish to reheat just before serving.

I know that’s a lot of cheese. You can cut back on the amount of cheese if you want to. If you’re crazy. 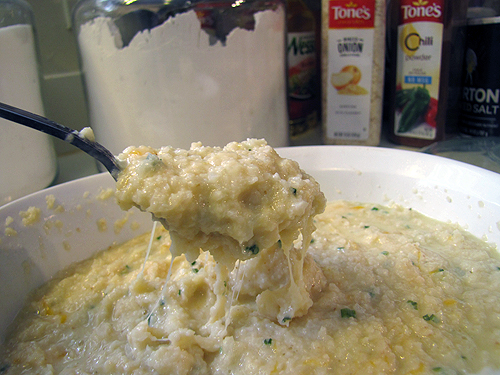