Cooking three meals a day for five days–while teaching workshops during that time also–is a big job. I love to do it, though. I love cooking for people. It takes a lot of organization to manage it. I cook everything from scratch, and I do it all by myself. I’ve been wanting to make a report of the August retreat, and I’m going to write it centered around the food this time.

As usual, I started out with big dreams of taking photos all through the retreat, and my camera pretty much fell by the wayside by the second day.

First of all–what this retreat entailed, workshop-wise, included cheesemaking with mozzarella and various soft cheeses and other dairy products (cream cheeses, yogurt, sour cream, to name a few) as well as a couple of hard cheeses. The baking day had everyone making biscuits, yeast bread, pie crusts and apple pies, and learning about grinding grain. During the soap and herbs days, attendees made batches of hot process soap, homemade lotion, beeswax and honey lip balm, and sugar scrub cubes along with learning about (and picking and eating) edibles from the wild and creating herbal tinctures and salves.

Around and in between all of that, they ate a lot of food. I managed to take a few photos. This was lunch one day that consisted of summer squash soup with salad and bread. Dessert was homemade clotted cream with berries and brown sugar snickerdoodles. (Really wish I’d taken a picture of dessert!) 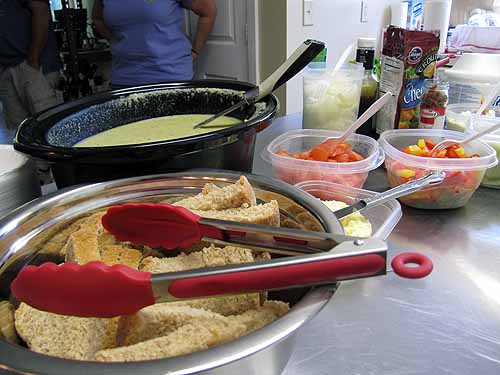 Other lunches were things like potato soup with artichokes and ham, baked potatoes with homemade butter and sour cream, and one day I made them eat fried bologna sandwiches. Hey, you can’t come to West Virginia without sampling some of our prize menu items. Dessert at lunch is often homemade candy, or cookies. 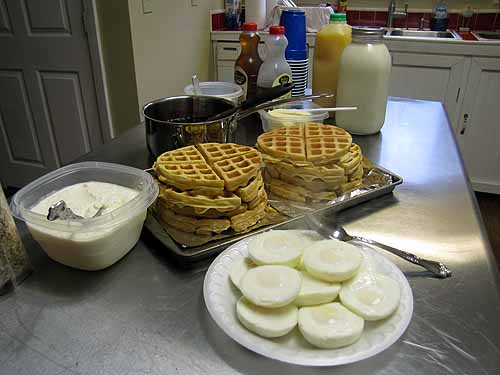 Breakfast includes offerings like waffles, yogurt, smoothies, raisin bread, homemade cream cheeses, poached eggs, and one day I made an apple butter coffeecake. Of course, on baking day, we have eggs and biscuits–the biscuits they make themselves. I like to serve cheese grits at least one morning. There’s usually someone here who has never had grits before, or has tried them but not liked them before, and they always tell me they are surprised that they like mine. (I make my grits with cream, not water, and add cheese and season them well, that’s it! But yes, grits ARE delicious.)

Dinner is always homemade pizza the first evening–with their own mozzarella cheese they make in the morning. 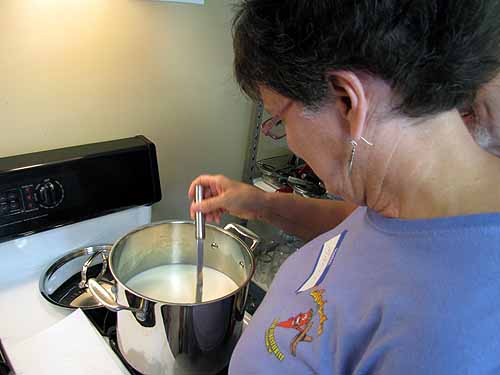 Other dinners include spaghetti, chili, West Virginia beans and cornbread, and finale night is beer-braised brats on the grill with an ice cream bar for dessert. A popular dinner dessert is always Julia Child’s chocolate mousse, and there’s always a lot of homemade Glory Bee ice cream on-hand to go with carrot cake and other things.

I like to provide snacks–cookies or popcorn or one day this last retreat, I made crullers.

In order to make all this happen while I’m also giving workshops, I do a lot of advance preparation, and over the past couple of years, I’ve gotten that down to a science, especially for five-day retreats because they require so much planning. (FIFTEEN MEALS.)

When attendees aren’t eating, they’re doing, of course. This is a very hands-on atmosphere at Sassafras Farm. If you come here to a retreat, you will not just be sitting and listening, you will be doing as much as possible. Here, attendees were making herbal salves. 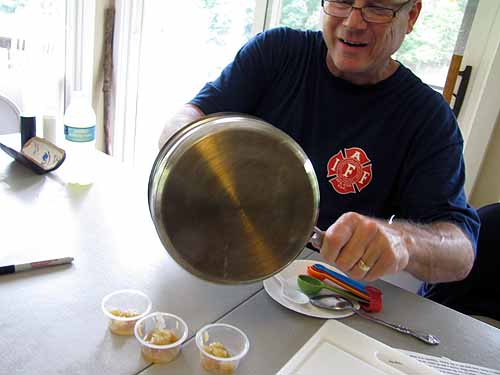 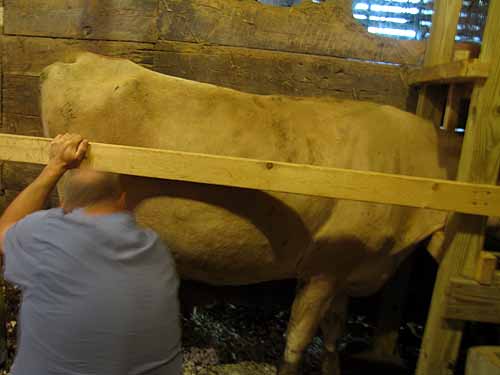 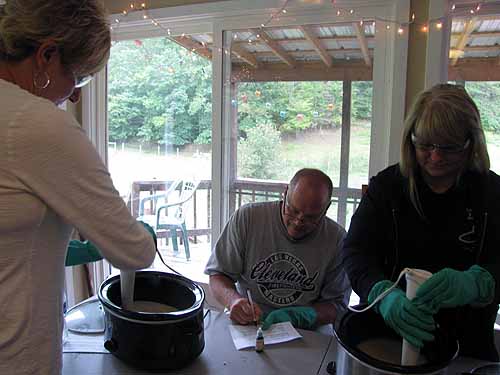 Here’s Laura Phillips, my co-teacher, teaching one of the hard cheese workshops. 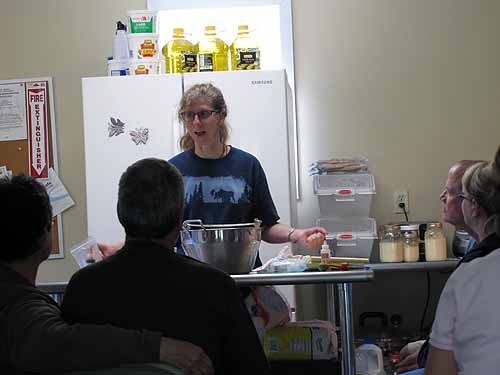 Apple pies…..made by attendees. (They get to take them home, too.) 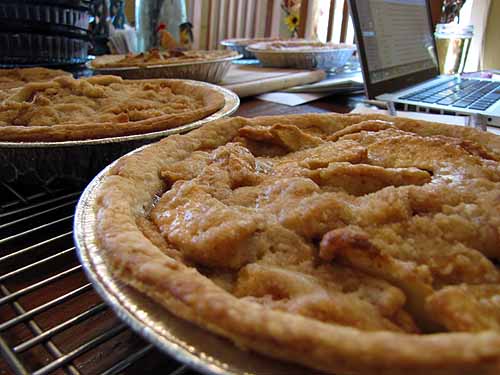 And attendees on a farm walkabout visiting the cows. 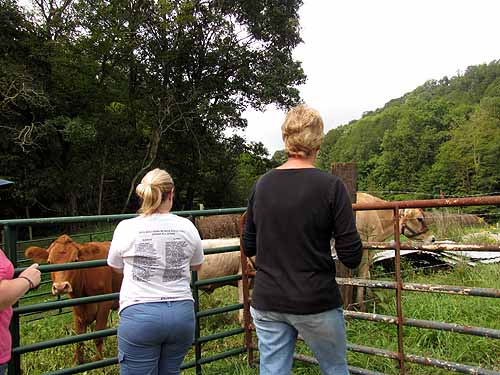 I want to say something about the men who come to the retreats at my farm. 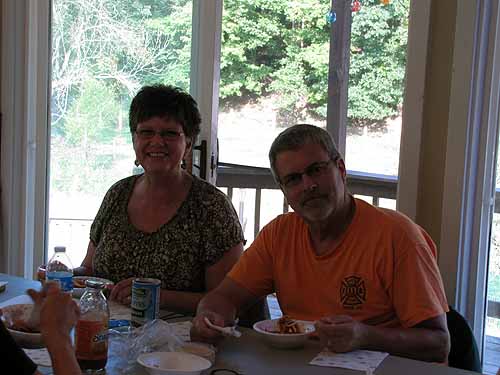 This is Don and Marty, one of two adorable couples who were here. (Hi also to Randy and April!) I love it when men come here with their wives. They are always fabulous men incredibly willing to accompany their wives and embrace their interests. If you’ve ever thought about coming to workshops here and bringing your husband (or boyfriend) and wondered if men come, yes, they DO. Almost every retreat includes at least one man if not more, and they have a great time. So bring ’em!

And now I’ve got to go make some bread or yogurt or something because I’ve got another retreat coming this weekend!