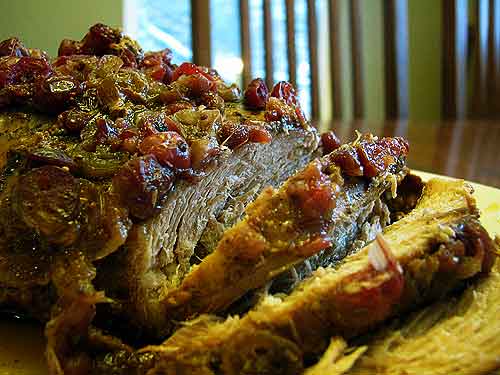 Does that not look too delicious for words?! Bee posted this recipe in the forum and I had to try it. It was just as delicious as it looks–and soooo easy! Though I must say, the most spectacular part was how pretty it was. This is real company food. Company food that makes it look like you worked hard when you were really lounging on the couch eating bon-bons all day because this is a crock pot recipe!

(Don’t you love that word, spectacular? It’s an under-used word, and sadly so. So many of the simple things in life are spectacular! Go ahead, use the word spectacular today. It’s FUN!)

Note: I used a 2 pound pork sirloin roast since that was what I had in the freezer! I went right on with the recipe as is anyway, using the same quantities of the other ingredients.

Sprinkle roast with salt and pepper. Place in slow cooker. Combine remaining ingredients. Pour over roast. Cover. Cook on low 8-10 hours. (With my smaller roast, it was ready in about 5 hours.)

Okay, I admit that after I put it in the crock pot, I added even more honey, just drizzling some over the top. I was out of control. I love honey.

I was also too lazy to finely chop the cranberries. 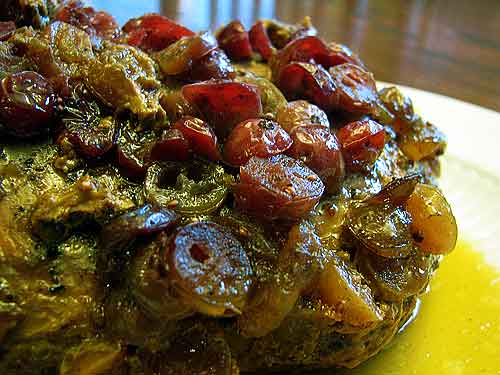 I just sliced them. It turned out great. In fact, I think I could have been even lazier and not chopped them at all and it wouldn’t have mattered. Just, you know, in case you’re lazy like me.

A bit of sliced leftovers the next day made a spectacular sandwich! 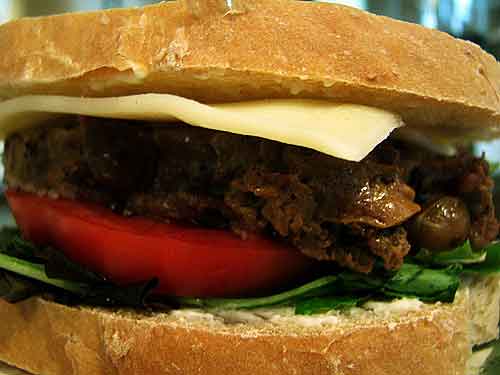 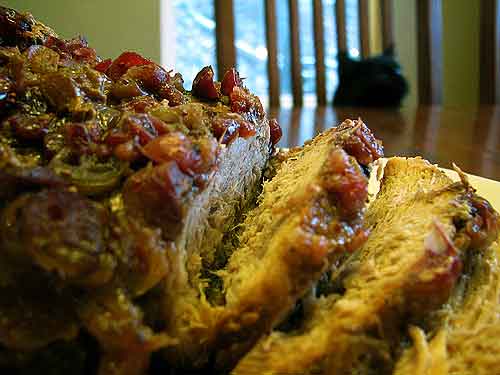 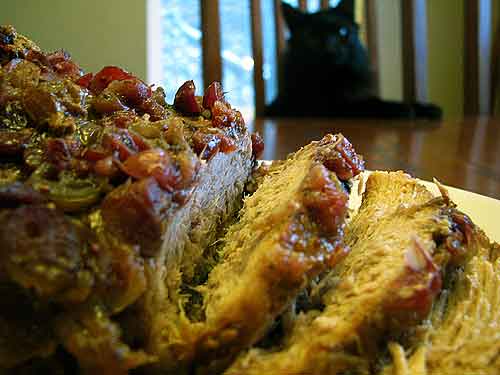 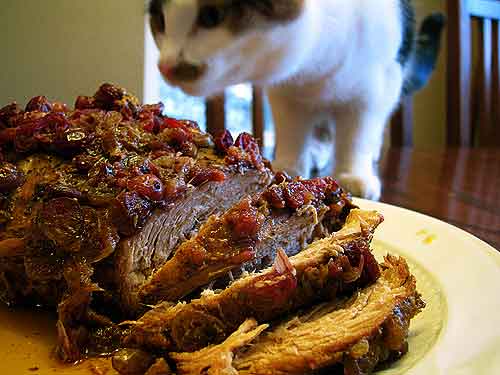 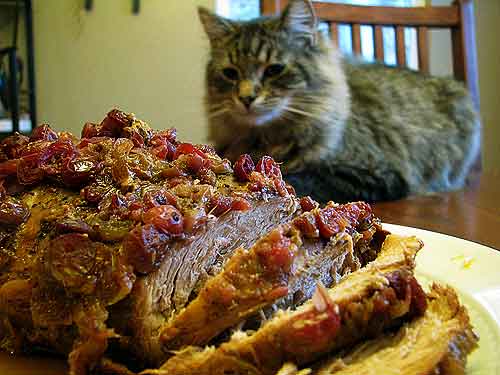 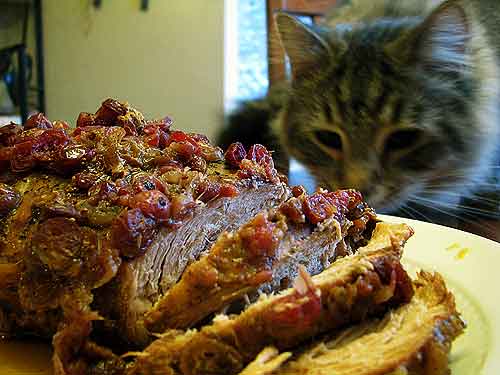 Sheesh, it’s a wonder I get anything done.