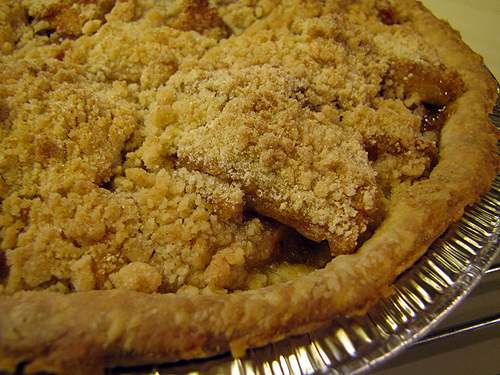 The difference between a Dutch apple pie and a regular apple pie is a streusel topping of butter, flour, and sugar baked on top in a delicious sweet, crunchy twist. It’s easier, and sweeter, than a pastry top, and makes a nice change of pace. Pastry is still important, though–it’s not pie without it, and it’s arguably the key to great pie.

No store-bought crusts! Make homemade pie crust. It’s not that hard, and it makes the difference between an okay pie and a great pie. 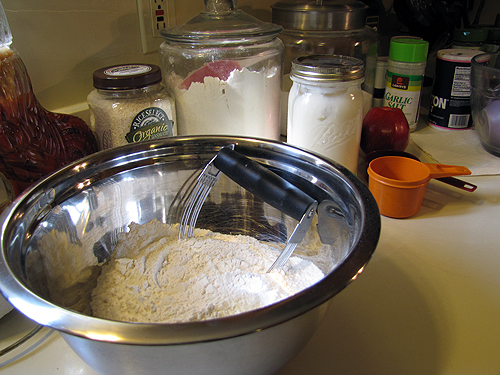 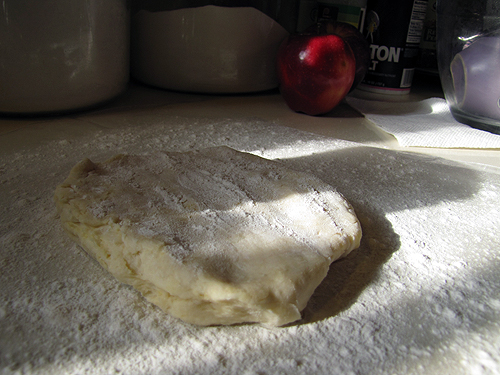 I made two pies here, one to bake right away and one to freeze and bake later. 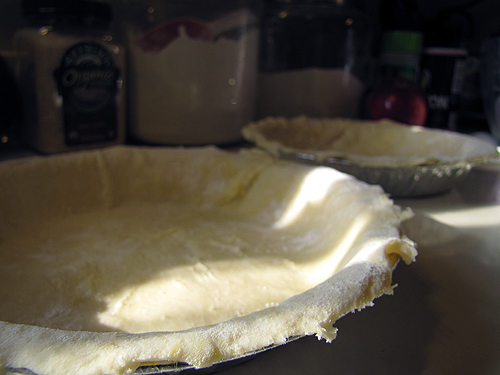 I froze the pie unbaked (after adding the filling and topping). To bake a frozen pie, it’s best to not thaw it out before it goes in the oven. Preheat the oven then stick the pie in right from the freezer. If you let the pie thaw out first, the crust can become soggy. If it’s baked right away, it thaws then bakes so quickly, the crust has no time to become a soggy dough mess.

For this recipe, I was using a 9-inch pie pan that was relatively shallow. If you’re using a larger pie pan, you might want to increase the recipe slightly. An average medium-large apple usually comes out to about one cup. I used three large apples per pie, and it came out to about three and a half cups sliced apples. Don’t worry too much about being exact–just use what will fit in your pie pan and adjust accordingly. (I don’t remember what kind of apples these were. Any good baking apple will do.)

Note that this is the recipe for one pie. I doubled it to make two.

Prepare the pastry and the apples. Toss apples with the lemon juice then stir in the sugars, flour, and spices. This is easy! 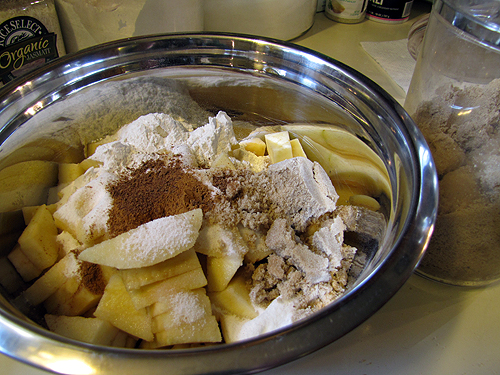 (This is for two pies, so don’t be confused by the amount in this bowl.) Add filling to pastry-lined pie pan. 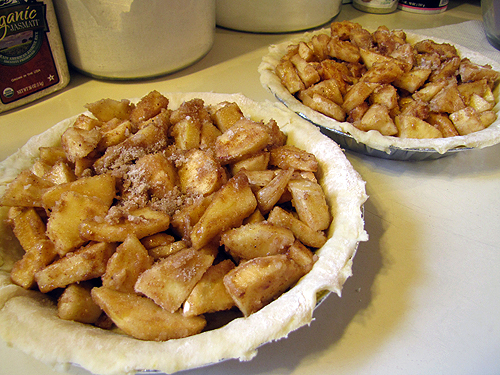 Place the flour and sugars in a bowl. Or a loaf pan if you don’t have a bowl handy. (Ha. I was baking in the kitchen in the house and most of my bowls are in the studio.) 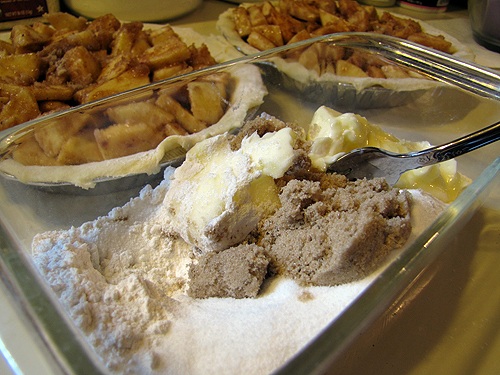 Cut in the butter with a pastry cutter or fork. Sprinkle mixture on top of the pie filling. 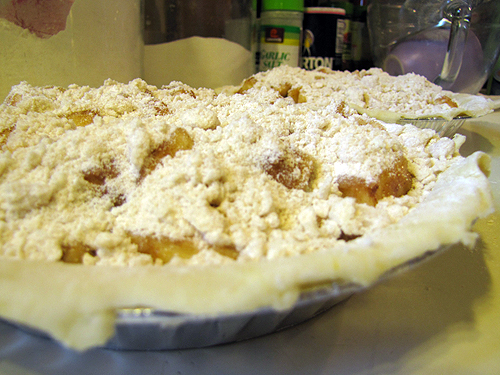 Bake at 375-degrees for 50-60 minutes or until browned. Important: I almost always bake pies on the bottom shelf! This eliminates two problems. One, you don’t have to protect the edges of the crust from over-browning, and two, it guarantees your crust is baked through on the bottom. (Crucial!) 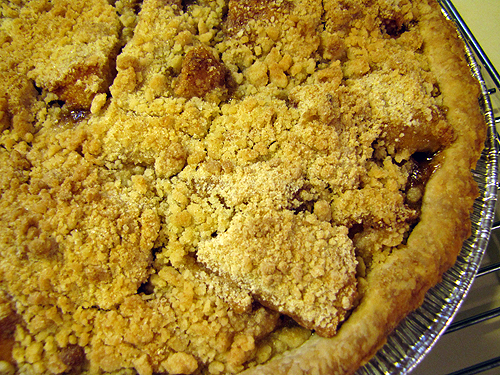 Get the vanilla ice cream!