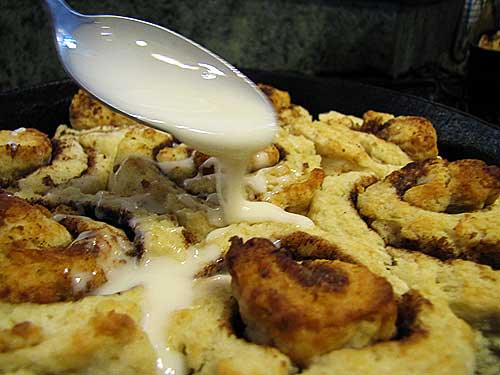 So I turned to Quick Mix, my homemade baking mix, to throw me a lifeline. A cinnamon bun lifeline.

Quick bread cinnamon rolls are not the same as yeast cinnamon rolls, but they are fast and they are delicious. And sometimes that’s just what you need. You can have these buns shaped, baked, iced, and in your hands in under an hour.

In this recipe, you can use Quick Mix or any other baking mix, but if you’d prefer to make them from scratch without a mix, I’ve also included the scratch recipe. It would be easy to make all sorts of variations on this basic cinnamon bun recipe, adding raisins, nuts, and whatever else suits your fancy.

Note: To use a baking mix, replace first 5 ingredients with 3 cups baking mix, adding a tablespoon of sugar.

Place first 5 ingredients (or 3 cups of baking mix) in a large bowl and work in the lard or shortening with a pastry cutter. Add the milk. 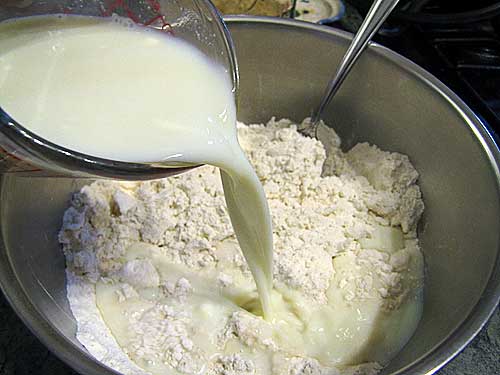 Knead the dough lightly, adding a little extra flour if needed to keep from sticking, or a little extra milk if it’s too dry. (You don’t want a real wet dough, though, so be careful.)

On a floured surface, roll dough into a rectangle. I made mine about 14 x 9. You don’t have to be exact.

I added the cloves for more spicy flavor, but you could leave that out if you don’t like it. 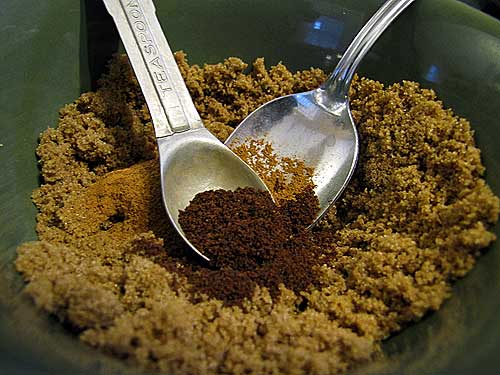 Brush dough with melted butter. Combine brown sugar, cinnamon, and cloves (if using). Spread over the buttered dough, taking care to get right up to the edges. 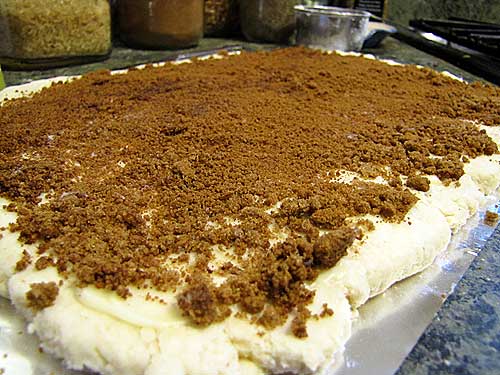 I made these buns a little differently than I do when I make my yeast cinnamon rolls. Rather than roll the rectangle up and make slices, I sliced it flat, cutting strips that were about 1 1/2 inches to 2 inches wide. (I made 8 strips from a 14-inch long piece of dough.) 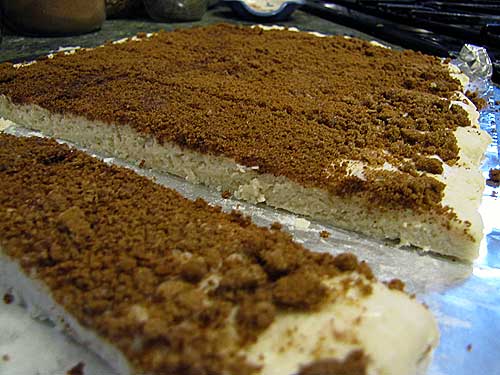 Then I rolled up each strip of dough and sealed the seams. When rolling the strips, I took the end where I started rolling and rolled it out away from the rest of the strip a bit, which made it stick out from the top. 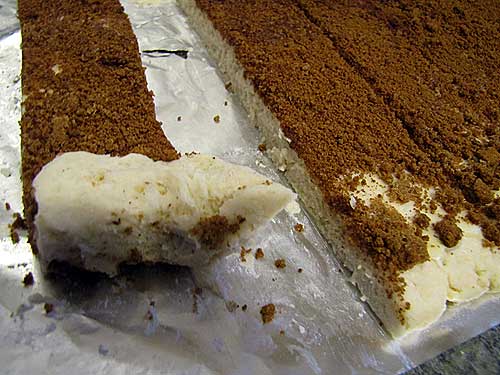 Then I rolled up the rest of the strip evenly. 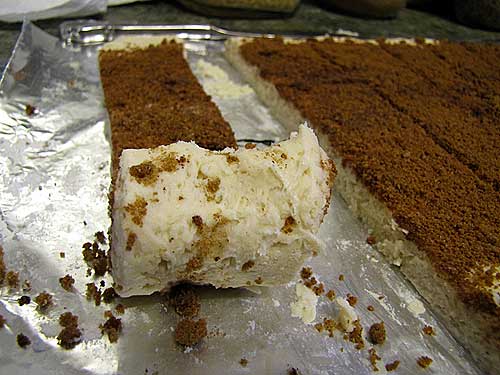 This makes a nice fat cinnamon bun with the center sticking up. I just thought it looked pretty that way. I’m into pretty cinnamon buns. 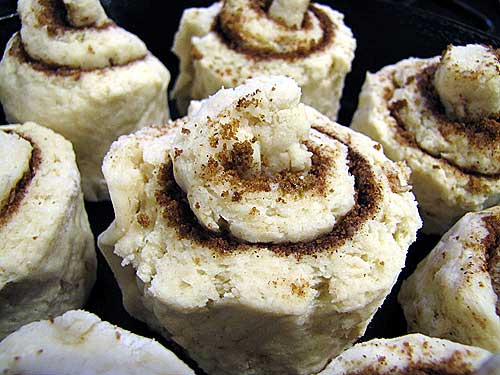 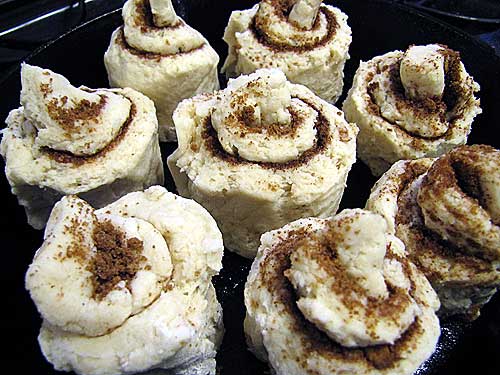 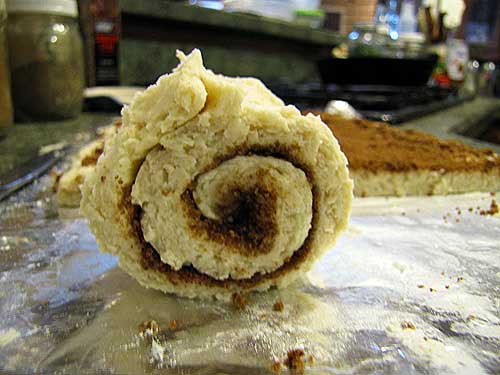 Place rolls in a large greased pan. (I used an iron skillet, but that’s not necessary.) Bake in a preheated 450-degree oven for approximately 20-25 minutes. 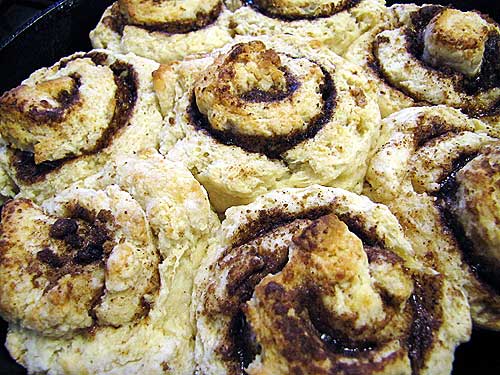 Drizzle all over it. Then drizzle some more, 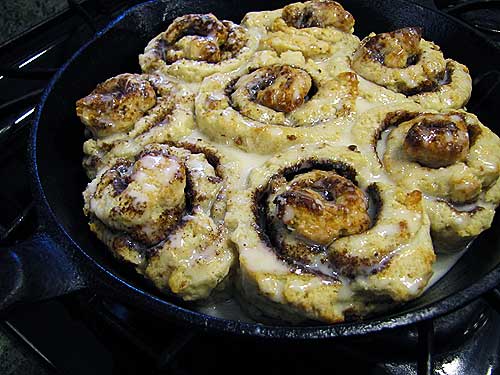