A few weeks ago when I was in New Orleans at a booksellers trade show, I met Belinda Ellis, the author of Biscuits: A Savor the South® Cookbook

. I didn’t manage to come away with her book–I was too loaded down bringing home books for Morgan–but I did learn an interesting biscuit trick from her in a biscuit conversation at a lunch. I knew when I got home, I was going to have to try it out, though I also knew I was going to have to wing it because I didn’t have her book. But, I had gleaned the necessary info to give it a whirl.

To make flaky–and I mean FLAKY–biscuits, use a croissant-style technique on them. (See Homemade Croissants.) Hunh. I’d never thought of that! Biscuits, of course, are a quick bread, so taking a croissant technique to them is certainly making them a not quick bread, but hey, I’m not always in that big of a hurry for biscuits. It was too intriguing to not try it out. 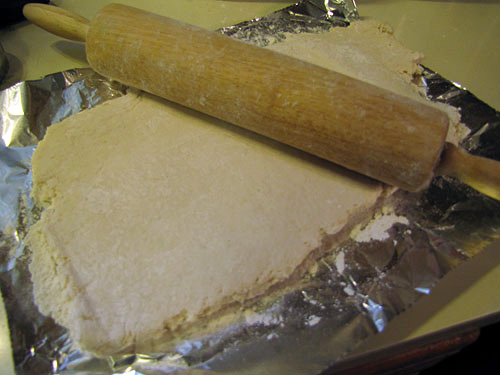 Okay. I wasn’t feeling that patient, plus I didn’t have that much time. I was fixing chicken fried steak, sausage gravy, and mashed potatoes for the girls–plus biscuits. And they were on their way home. So I just did the technique without the chilling steps, folding and re-rolling several times. 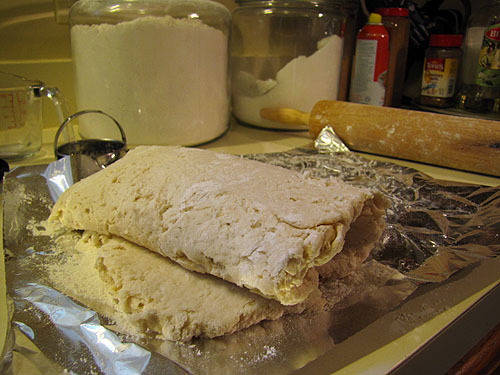 I just wanted to see if it made any difference at all. 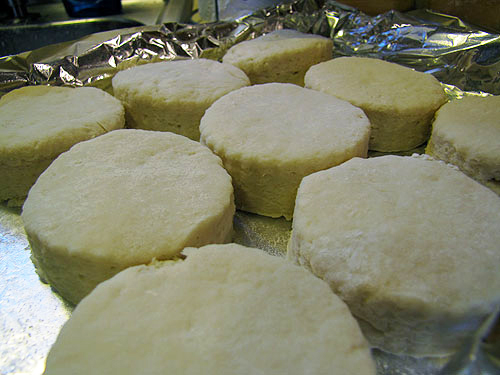 And you know? IT DID. It changed the texture of the biscuits, making a noticeable difference in flakiness, almost to the point of resembling Angel Biscuits. 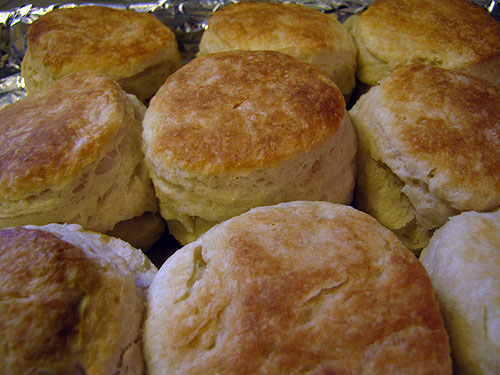 I was, by the way, using my basic Quick Mix recipe.

Because a biscuit tip is not meant to be kept under wraps! BISCUITS ARE TOO IMPORTANT.