A couple of weeks ago, there was a food photo shoot here for some of the recipes in my book. All the animal photos in the book will be mine, but Jerry came over in October and took some photos of me for the book, and came back in December to take some food shots. I take photos of my own recipes all the time, of course, but food photography has always been a challenge for me. I feel more comfortable taking pictures of animals. When I realized they really wanted a lot of food photos for the book, I said, waitaminute, and called Jerry.

Preparing for a food photo shoot meant preparing as many recipes at once as possible so that he only had to come one time and knock it all out. I spent days prepping in advance, doing parts of recipes, chopping, measuring, doing whatever I could do ahead of time to make it fast to throw so many recipes together at one time. All the food had to look fresh! In “real” professional photo shoots for food, they use a lot of fake materials, but I didn’t have that kind of stuff available to me, or the know-how to make it work, so I had to do it the old-fashioned way, with genuine fresh food. It was exhausting!

Since food photography is not my strong suit, I was looking forward to watching Jerry take pictures. Note that all the photos I have here are MY photos, not the ones he took for the book–which will be better. I was taking photos as he was taking photos, just taking in his process and how he set up shots. I was really inspired by it, and hopefully learned something about lighting and being more creative with setting up food photos. Here are some of the photos I took that day of him setting up shots. 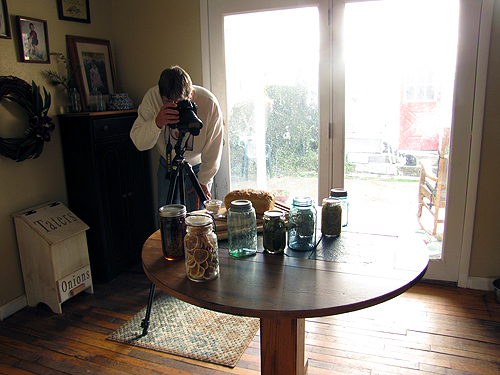 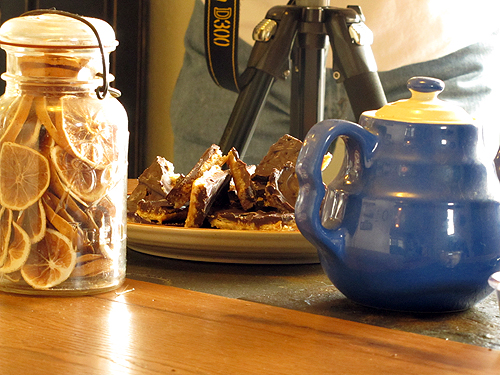 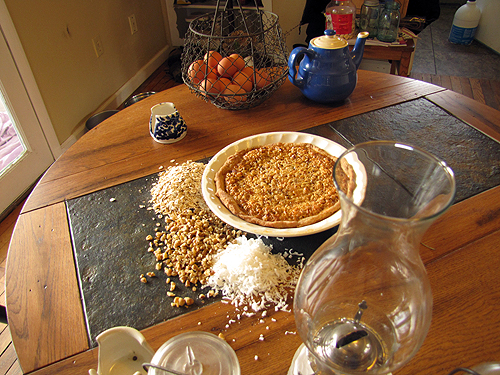 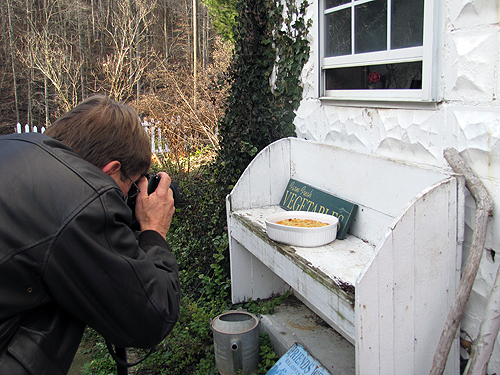 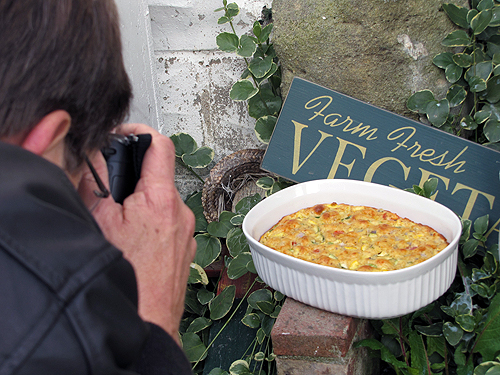 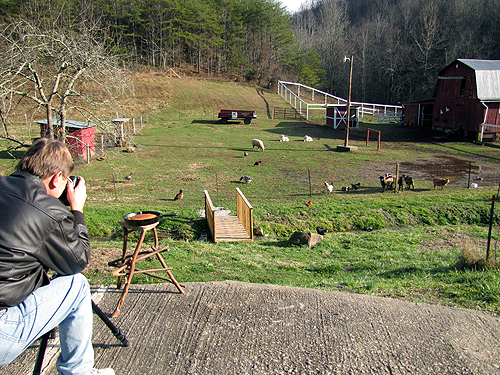 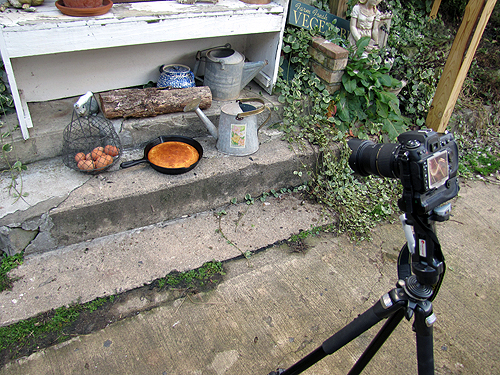 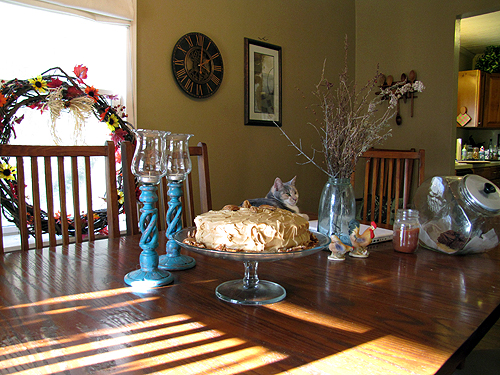 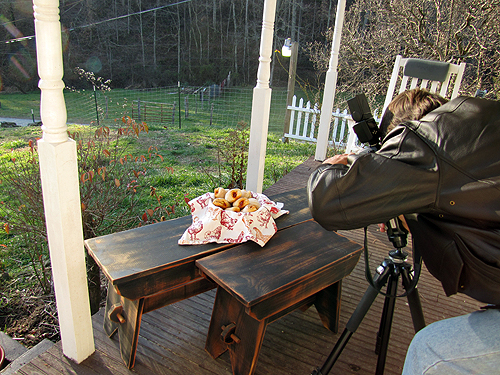 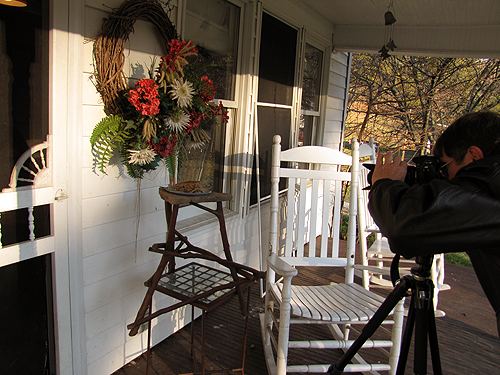 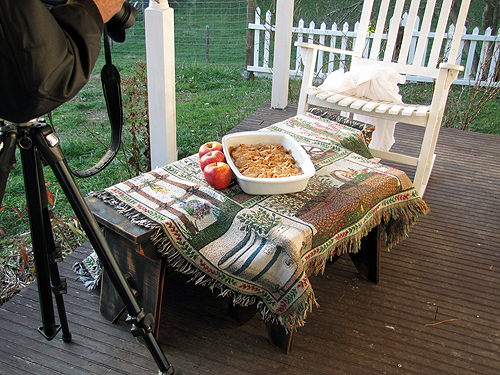 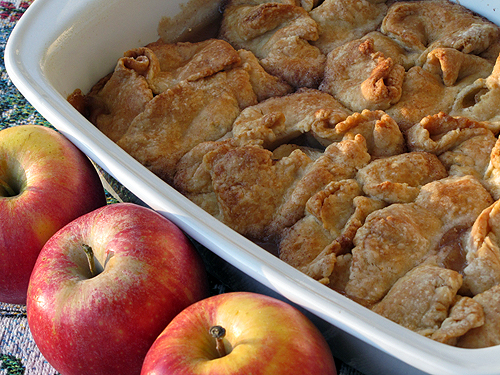 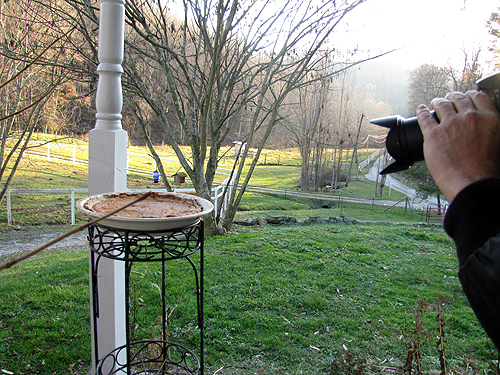 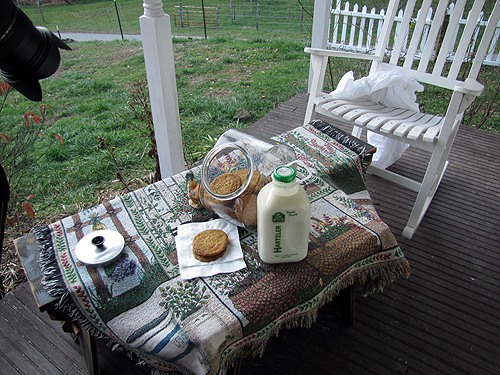 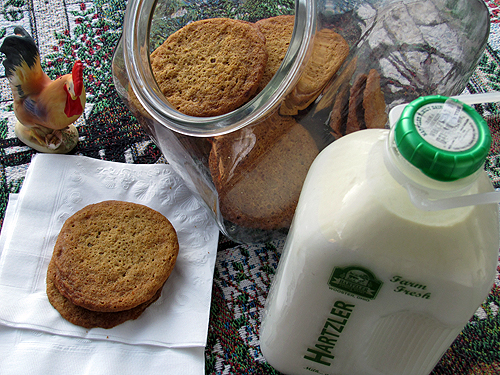 Note that the cat on the table with the cake didn’t show up in any of HIS pictures!

Main thing I came away inspired to do is get the food OUT OF THE KITCHEN. And follow the light. As the afternoon progressed, settings changed to keep up with the best light.

You can see the final photos when the book comes out in September!