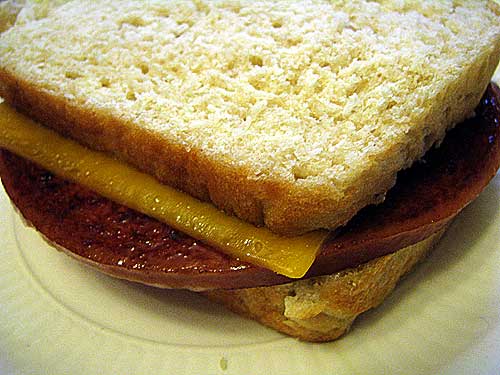 Fried bologna sandwiches are nothing if not an homage to the country palate which bears no pride, counts no calories, and uplifts even the lowliest of ingredients to the heights of celestial delight. Which is to say that you can actually find fried bologna sandwiches on sit-down restaurant menus around here and in many other parts of the South. 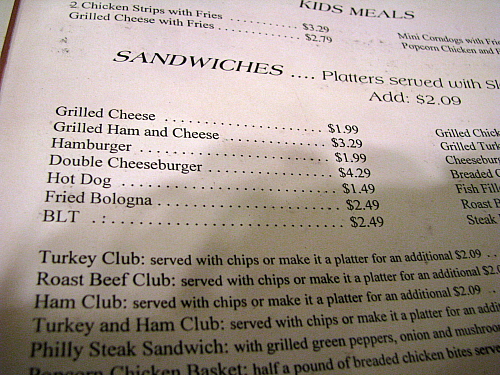 But the best fried bologna sandwiches are made at home!

The three key points in a fried bologna sandwich are the meat, the cheese, and the bread. Start with good, thick, deli-sliced bologna, not the pre-packaged stuff. 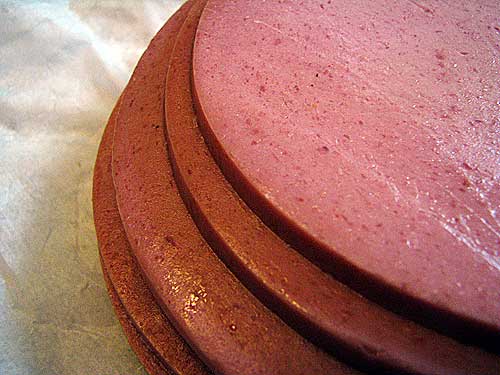 Choose your cheese–make it some good, deli-sliced cheese, too. And then there’s the bread. Fried bologna sandwiches are traditionally made on white sandwich bread. Sliced Grandmother Bread is perfect in my book, though many people will tell you only real store-bought Wonder Bread will do.

Heat a small amount of oil on medium-high in a large skillet. (I use olive oil.) Carefully score each slice of bologna. Don’t cut the bologna in half or anything–just make a few cuts across the center. (This will help keep the bologna from curling while it’s frying.) 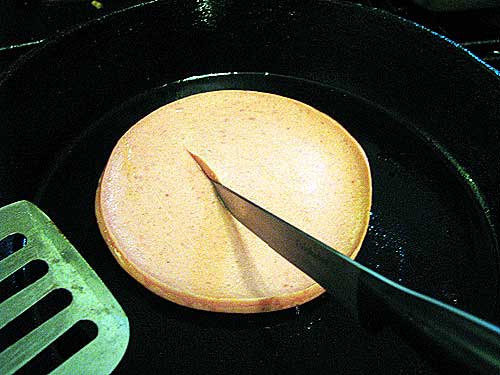 Fry three minutes per side. If you burn the edges a little bit, you get a nice caramelized flavor. 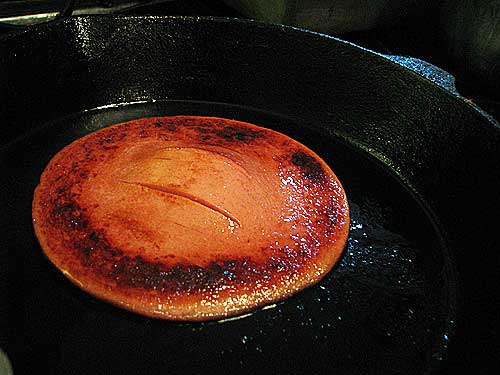 Here’s where it gets really subjective. Anybody who grew up with fried bologna sandwiches will tell you that the only way to eat them is the way their mother made them–with mayonnaise or mustard, ketchup or barbeque sauce. I like mayo and hot pepper butter. I spread both bread slices with mayo and put hot pepper butter between the bologna and the cheese. But if you grew up with them, the only right way is how yo mama did it, so I understand.

Top the bologna with the cheese while still warm and put the sandwich together. If you like, add lettuce, tomato, and onion. Some people even like a fried egg on top. Or if you have a sandwich grill, you can grill it. My sandwich grill is about 40 years old. Which is why it works so good. They don’t make ’em like that anymore. 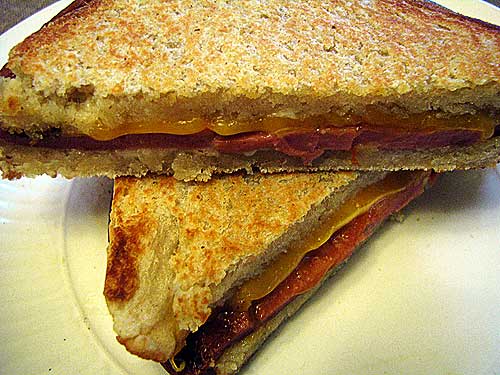 No matter how you make it, it’s–

Okay, who grew up with fried bologna sandwiches? And who thinks this is the most disgusting thing they’ve ever seen?