One of the interesting things about moving into a house where someone has lived before you (in fact, many people over many years) is all the surprises you find. The hay hook in the barn, for example, looked quite old and was probably left here by an owner far back in time. There are many things specifically left here by the most recent previous owners, but also many things that may well have been left from owner to owner for decades. It’s a process of discovery that is fun for me.

I like this shelf in the kitchen where I put cookbooks and spices. (One time right after we moved in, Mariah sat on the counter with her eyes closed and Weston opened spice bottle after spice bottle for a long time and let her smell them and guess what they were.) 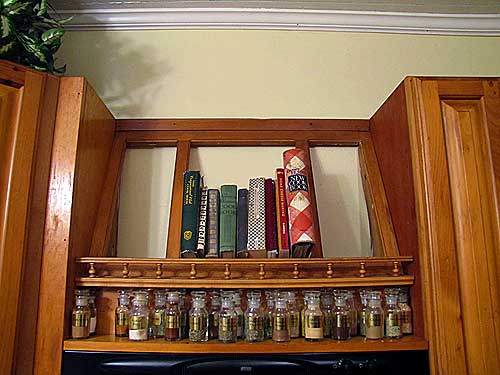 This morning, I reached for a cookbook and it fell down into the shelf. I reached in to pick it up. I hadn’t realized that the shelf was deep enough for the book to disappear. I was just barely able to reach it and pull it back up, and when I did, I felt something else underneath it and pulled up a magazine. There was something underneath that, too, and I pulled up a hand-scrawled recipe on a cooking-stained piece of notebook paper. 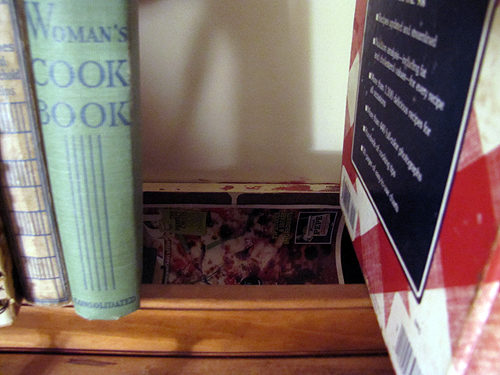 There was more still, so then I got a chair and got it all. 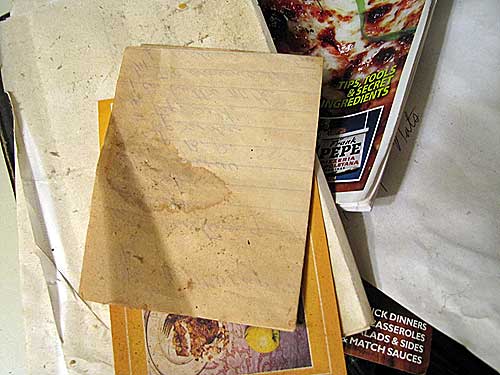 I took my pile of goodies to the living room to inspect. 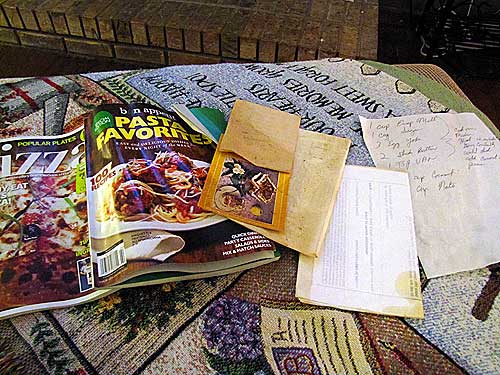 A Bon Appetit “pasta favorites” magazine. Yum. Will have to inspect that further. 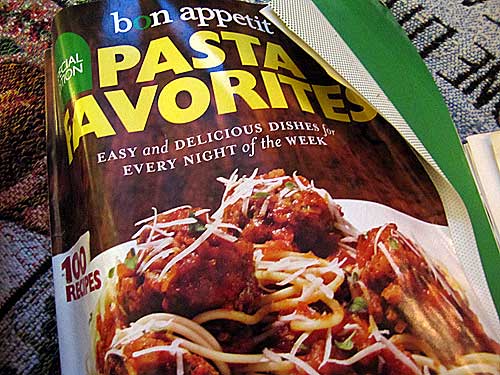 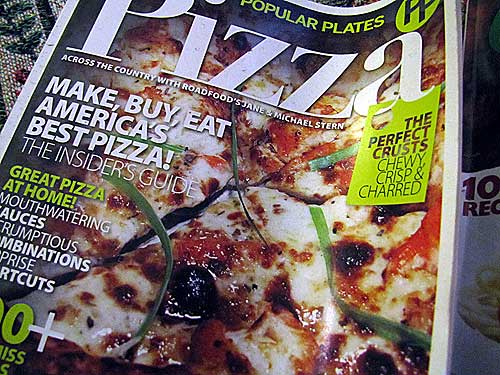 A West Virginia tourist postcard with a Golden Apple/Black Walnut Cake recipe. There’s nothing written on the postcard, so they must have picked it up for the recipe. Will have to try it. 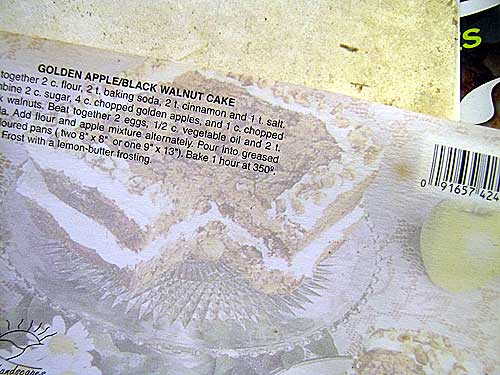 How to make mozzarella cheese! Hmmm. I think I know that one. 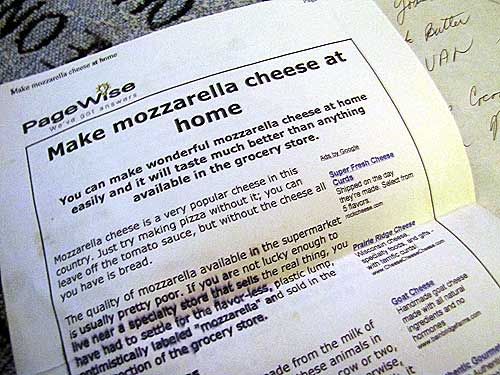 I think, based on the recipes that were internet printouts and bear dates in the past five years, that these recipes came from the most recent previous owners. One of the previous owners enjoyed cooking, and I believe he cooked quite a bit. One time I was here looking at the house, it smelled wonderful. He said he was baking bread. Another time, when I showed Morgan inside the house, he was cooking some kind of curried chicken or something. Morgan thought it smelled awful, but I thought it smelled good. 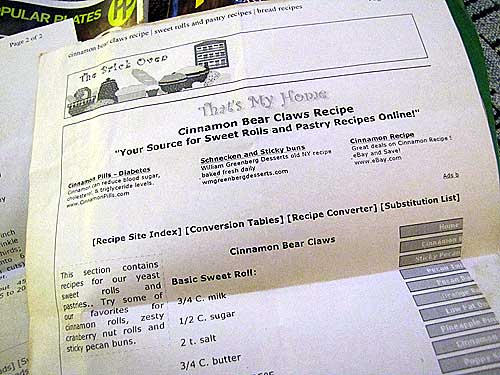 I’ll figure out how to translate this into a Grandmother Bread recipe. I love bear claws.

Butter Cupcakes. “New Year’s” is written at the top, as if it were a recipe planned to try out for the holiday. At the bottom of the handwritten recipe, it says, “Delish with coconut frosting.” 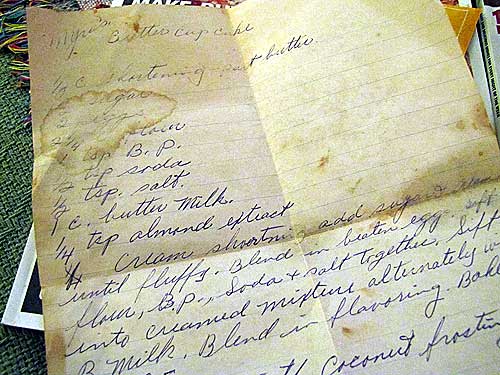 Then one more. It’s handwritten. No recipe name at the top, and no instructions beyond how to mix the ingredients. 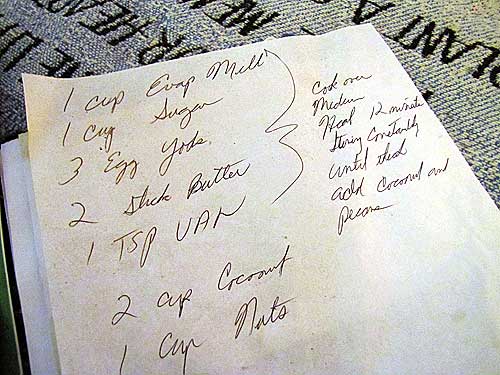 AND THEN WHAT? Put it in a bowl and eat it? (Just kidding. Though that doesn’t sound half bad.) Is it the coconut frosting for the butter cupcakes?

Note that the two pieces of paper containing the handwritten recipes look completely different and of different ages. I can’t decide if the the handwriting is similar enough to say they are the same. My own handwriting doesn’t look exactly the same all the time. 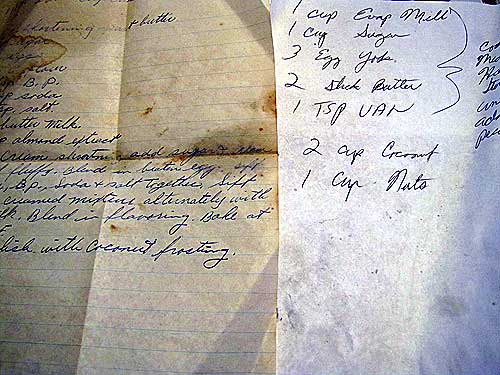 I looked up a coconut-pecan frosting in one of my cookbooks and it reads:

Close enough. I believe that untitled recipe must be the “delish” coconut frosting for the butter cupcakes!

Then I put some “stuffing” at the bottom of the shelf so things couldn’t disappear in there anymore and put my cookbooks back, my recipe forensics study complete. 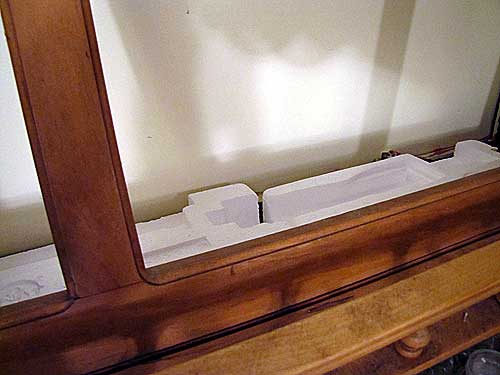 And maybe for the new year, I’ll bake something that the house remembers.