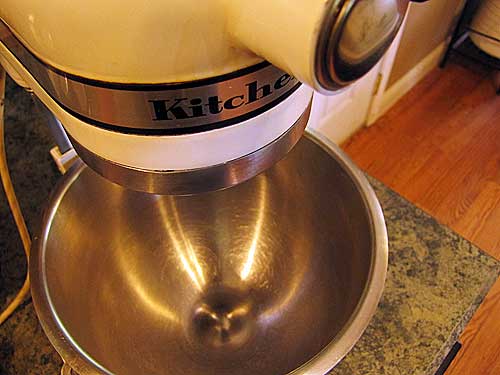 Over a month ago, I received this vintage K5-A KitchenAid mixer as a gift. I was very excited. I’ve never had one before.

I’ve never had any kind of stand mixer before, so I really didn’t know how I would like it, though I was pretty certain I would as one hears the wonders of KitchenAid all the time. I love that this is a vintage mixer, built by Hobart. It came with a whisk and flat beater. I have to admit, it feels a little strange still. When I’m using it, I feel like I’m watching the maid cook. It’s very freeing. You can mix stuff and do something else. How bizarre!

Then I got a hankering to try the dough hook. 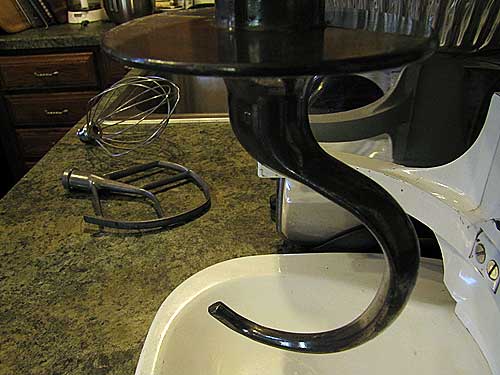 And I read a bunch of stuff online all over the place about how the spiral hook is better, but found out there isn’t a spiral hook for the K5-A. So, back to the C dough hook. People complain that the dough climbs the hook. I could just look at the hook and kinda figure the dough was going to climb it.

Still, wasn’t that the maid’s problem?

I decided to start with a basic loaf of Grandmother Bread. I suppose you could use the flat beater, or even just go ahead and use the dough hook, to mix the ingredients initially, but I didn’t see much point in that. I went ahead and used a spoon. When I’d incorporated all the flour I could without kneading, I put the bowl in the stand and put the maid to work. 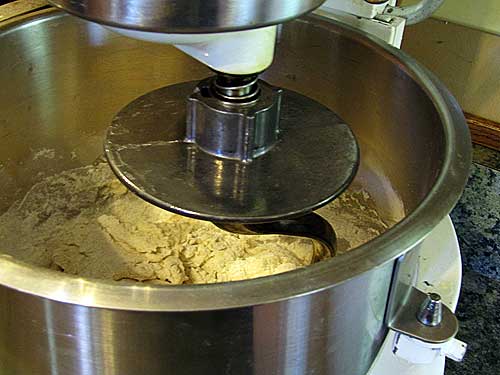 The dough climbed the hook, as expected. 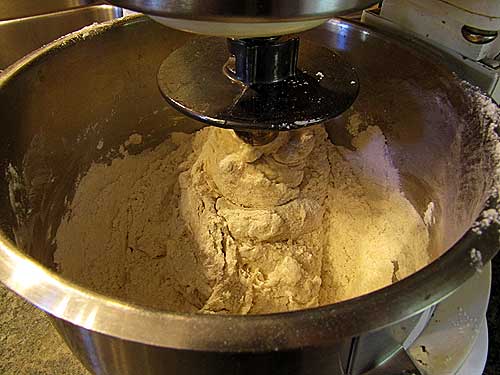 I scraped it down and added more flour. 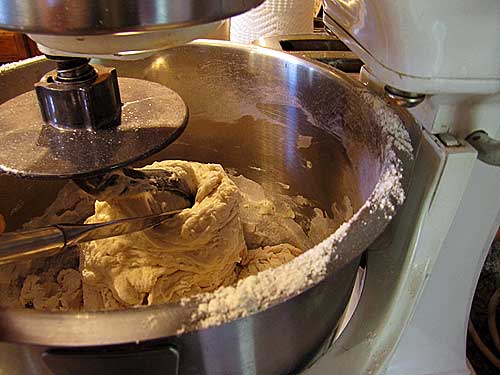 I read somewhere on one of the numerous websites I browsed around to that it was better to add the full amount of flour in the recipe as quickly as possible to help keep the dough from climbing the hook so much. It did climb the hook again, but I’m not sure that is so terrible. I decided to let the maid worry about it and I left the machine running for about 2 minutes unattended while I read some emails.

When I went back, the dough looked done. All the flour was incorporated. I pushed it down off the hook, removed the bowl, and transferred it to a greased bowl to rise. 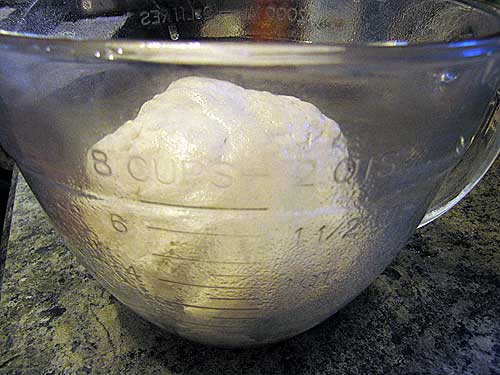 As with everything pertaining to bread-making, I’m sure practice will make more perfect. I’ll have to get used to the dough hook and get a better feel for it. If you have any tips, I’d love to hear them!

In the meantime, I think the maid made a pretty good loaf of bread. 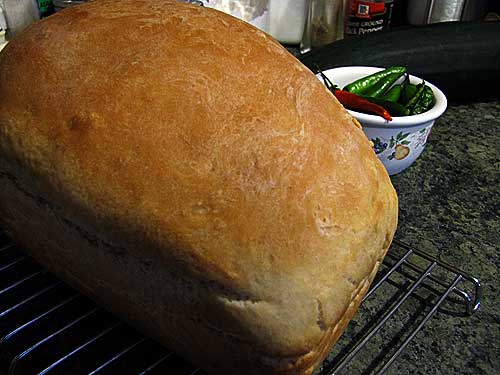