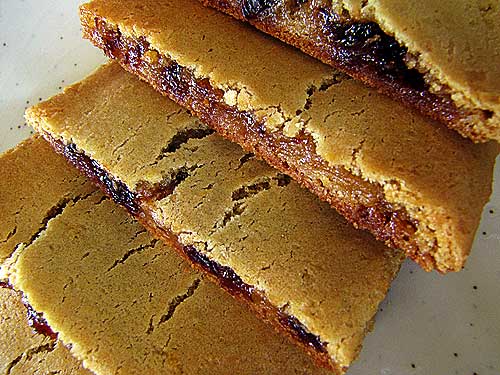 I found this recipe in my Treasure Trove cookbook and had to make it. I love Fig Newtons! But I never buy cookies from the store anymore. It hadn’t crossed my mind to make them at home until I came across this recipe–and you know homemade is even better, so I knew they would be a real treat. The recipe is one of the newspaper clippings pasted into spare pages in the book. The top where the credit was likely listed is cut off closely over the title, but the instructions include reference to a Mrs. Bennett. 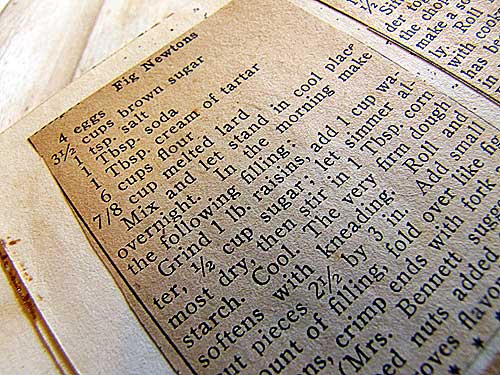 This recipe calls for raisins, but you could use figs–if you have figs, that is. Me, I don’t have any figs, and if raisins were good enough for Mrs. Bennett, they’re good enough for me. Mrs. Bennett came from the “make-do” war-time era. Nobody was spending precious gas shipping dark horse grocery items like figs around the country during the war.

Fig Newtons, by the way, is the brand name tradmarked by Nabisco but actually coined by a Philadelphia baker named Charles Rosen, who named his fig bars after his hometown of Newton, Massachusetts. It’s an ancient cookie invention, though, going back as far as the Egyptians who commonly made fig rolls or pastries–and it’s a flexible concept. If you don’t like figs or raisins, you could replace the filling with any flavor fruit spread that you like. Old ideas are often the best!

*I used 5 cups flour. (See my comments in the instructions.)

Note: You could use melted shortening or vegetable oil in place of the lard. 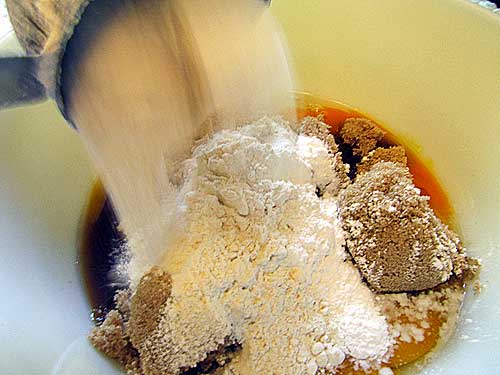 First of all, I had a bit of trouble with the 6 cups of flour. I was having a hard time working the flour in by the fifth cup. In fact, I got in there and kneaded the dough with my fist to get that fifth cup in there, so I quit at 5 cups. (You go ahead and get that sixth cup in there if you want!)

I didn’t set the dough out overnight in a cool place. (Mrs. Bennett is turning over in her grave somewhere right about now.) I divided the dough into two balls and stuck them in the fridge for a couple hours.

Grind the raisins? I decided Mrs. Bennett must be calling for the not-yet-invented food processor. I used my little food processor and did a cup at a time then put them in the pot with the water and sugar. 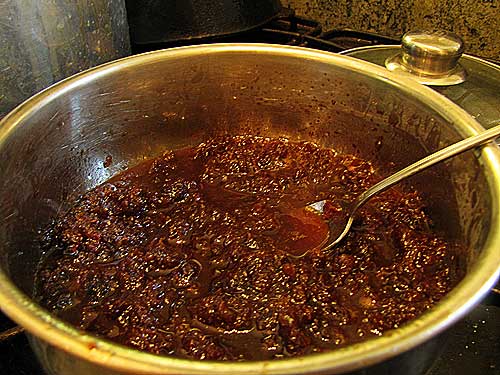 After it almost simmered dry, I mixed in the cornstarch then transferred the raisin mush to a small bowl and stuck it in the fridge.

To make the cookies, take the dough out of the fridge. Mrs. Bennett says it will be very firm but soften with kneading. I say it’ll be even softer if you let it sit out about 20 minutes before you try to use it.

It would have been nice if she’d listed an oven temperature.

Here’s how I did it. Cut each of the two balls of dough in half so that you have four pieces. Roll out each piece thinly (about 1/8-inch thick) on a floured surface and into long, narrow rectangles, each rectangle about 12 inches long by 7 inches wide. Cut this piece in half, length-wise, to make two narrower strips. (Don’t get hung up on the measurements–you can make the cookies any size you want, divide your dough however you want. This is just how I did it. I made mine larger than store-bought Fig Newtons. Mine were more bar-size.)

Spread the filling down the center of each strip. 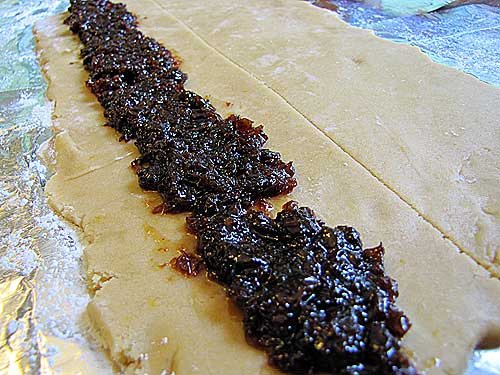 Fold the dough over, crimping to seal. 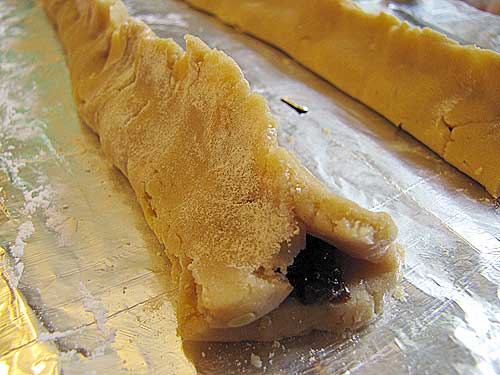 Place rolls seam-side down on a lightly greased baking sheet and press a rolling pin over the strips lightly to flatten the tops. (Be sure to space the strips out a bit–they do spread as they bake.) 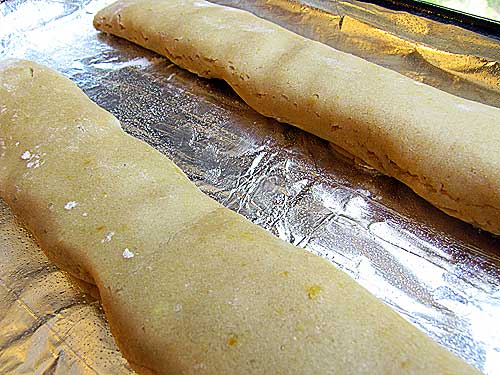 Bake at 350-degrees for 15 minutes. After taking the cookies out of the oven, while still warm and soft, slice the strips into small bars about 2 inches wide then let the cookies finish cooling on wire racks. 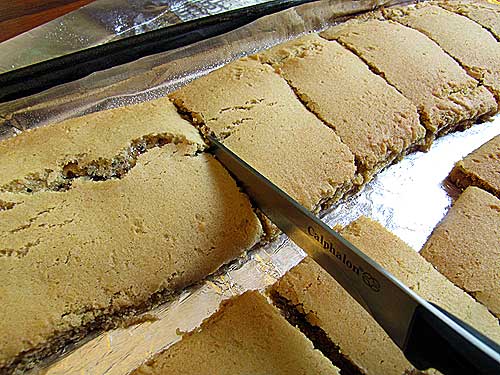 I wouldn’t say these cookies came out looking exactly like Fig Newtons, but the real test is in the taste. And they are wonderful. They are better than Fig Newtons. 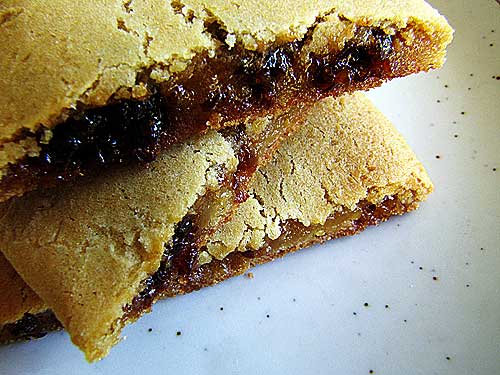 If you want to make yours look more like store-bought Fig Newton replicas, make your strips narrower so your bars will be smaller. (I didn’t care, but if you want to experiment around with the size, you can do it.)

P.S. I ran out of filling before I ran out of cookie dough. If this happens to you, you can either make more raisin filling or finish up using some jam for some variety.

This recipe makes about 6-7 dozen fig bars (depending on size). That’s a lot of cookies. Mrs. Bennett may have been short on directions, but she was long on cookies! If you don’t want thousands of Fig Newtons, you can cut the recipe in half. The dough and filling can also be saved in the fridge for up to a week, baking only a few dozen at a time if you prefer. This dough can also be frozen, so you could make up a big batch and take it out as needed.