Depending on where you live, now, or sometime soon, is maple syrup time! I planted five sugar maples on my farm last year, but I’ll be long gone from this earth before they are ready to be tapped. However! I have big old maple trees in the woods here–ready for tapping. Maple syrup is a source of natural sugar, and I’ve been really interested in trying it for some time, especially since I realized I had mature maple trees on my farm. 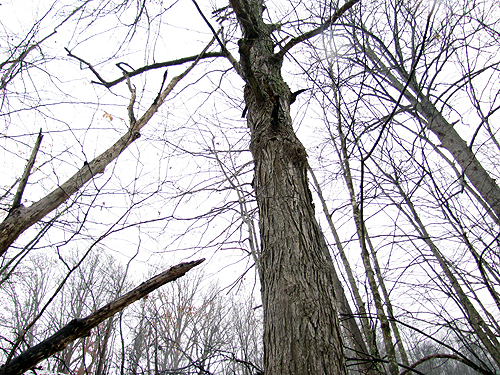 I didn’t know how to tap a tree, and honestly wouldn’t know a maple tree with its leaves off if it fell on me, so I relied on my trusty hired man Adam to lead the way. Into the still-snowy woods we went–you can see the barn in the distance. We weren’t too far from the house. 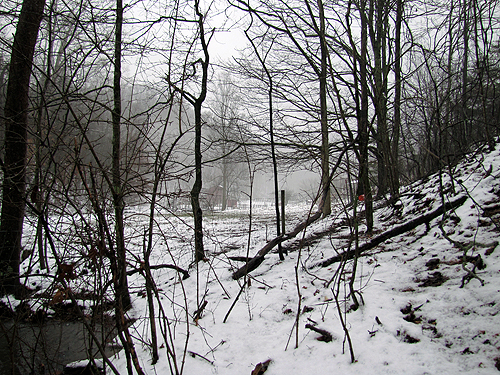 The time for tapping maples is when the temperatures are below freezing at night and well enough above it during the day, like in the 40s. The process is simple. To tap a tree, you need a drill. And some kind of pipe. 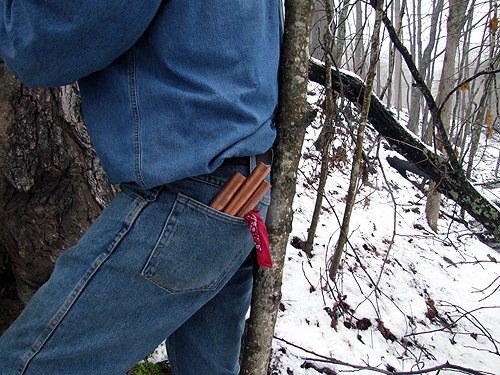 See where his thumb is on the drill? 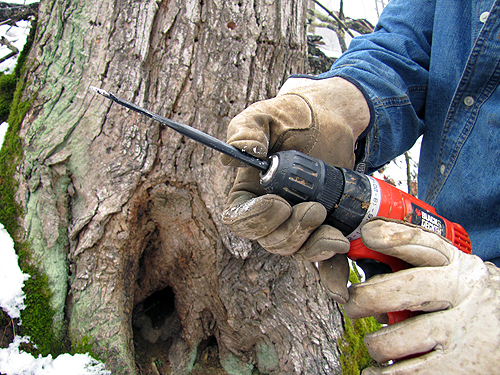 That’s about how deep you want to go in to the tree. 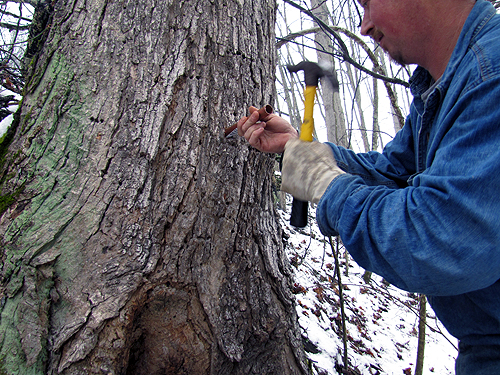 This is 3/4-inch copper pipe, which is pounded into the hole with a hammer. (If using copper, remove from the tree after syrup season is over.) You’ll need something to collect the sap–a bucket or some kind of jug. 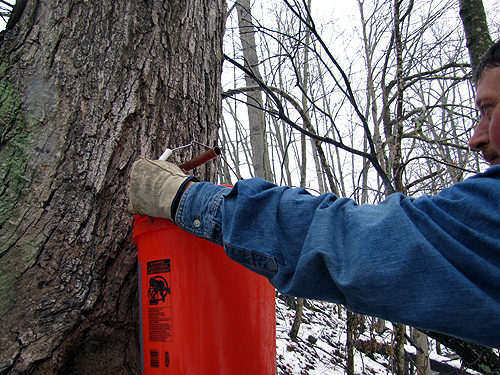 I used a 5-gallon bucket, which was hung on a notch made in the pipe. You can place some type of covering over the bucket, or don’t worry about it too much and just filter it when you bring it in. 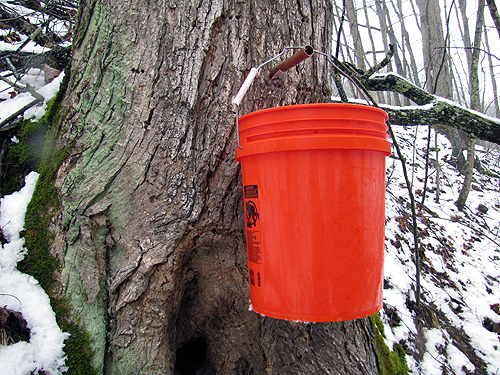 It’s still a little early here, the maple syrup season just coming on, but within a few days, I’d collected half a bucket. I took it inside the house, filtered it by pouring it through a coffee filter, and started the cook in a large pot. (When cooking down large quantities of sap, most people do it outside.) Boiling down to syrup is a major reduction process. It took about four to five hours and I went from a large pot to this very small one by the time I had syrup.

Yep, that’s right, I ended up with less than a jam jar of maple syrup from half of a 5-gallon bucket. 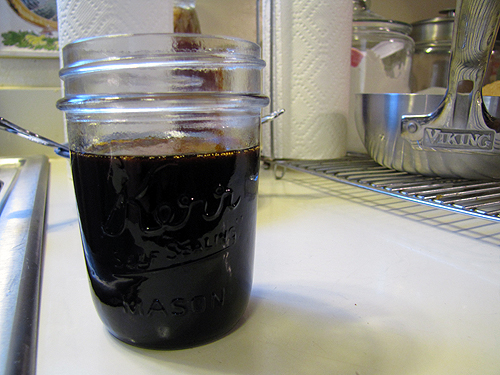 But two or three buckets can be hung on one tree, if it’s a large tree, and many trees means many buckets. The season lasts four to six weeks, and now that I’ve had my first experiment, I need to get to tapping!