This is the cream line. 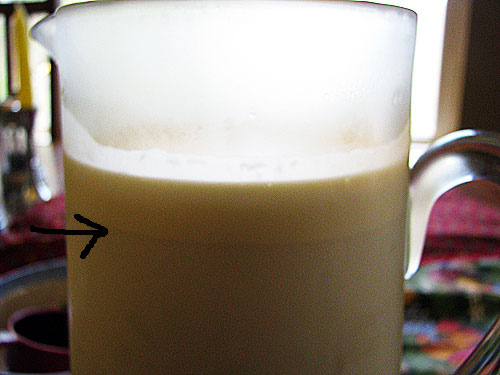 My first cream came off the top of a half-gallon pitcher of milk. The rest of the milk from the first day’s milking went down children’s throats before there was time for me to separate it. I guarded this pitcher against invasion and eagerly waited for the next day to take off the cream. 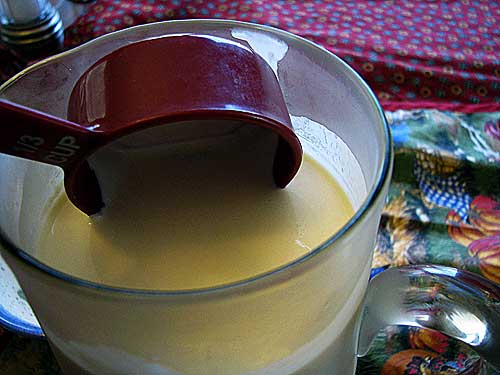 I used a small measuring cup to ladle it off the top and into a small bowl. 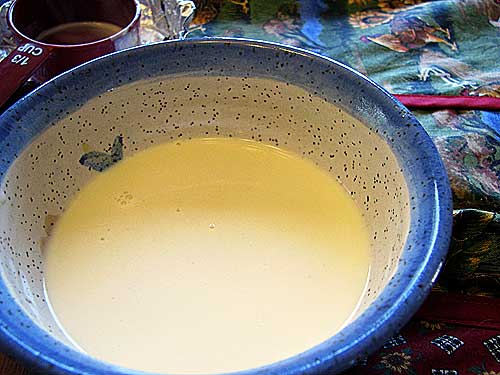 Then I transferred it to a small dispenser to use as coffee cream. 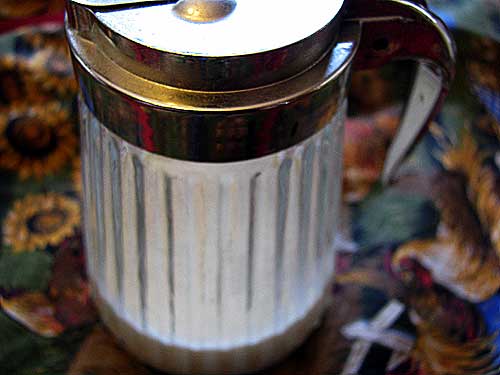 Because, be serious, it’s not enough cream to do anything else with. I got about 2/3 cup. 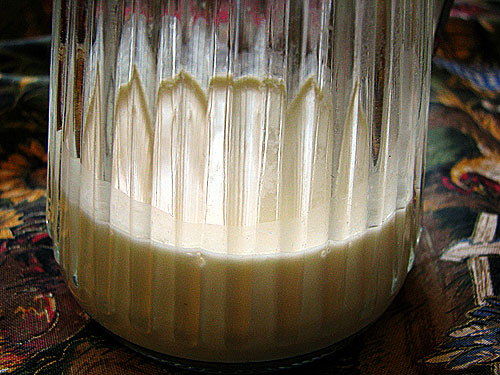 When I did a search about how much cream to expect from a gallon of milk, I found that commonly in the winter, you can expect a quart of cream per gallon, and in the summer, somewhat less. This difference is because most often cows are getting richer food in the winter (more supplemental hay and feed) than they are in the summer when they’re more likely on pasture. Still, per half-gallon, that would suggest I should expect a pint (if it were winter) and something less in summer. We’re in-between those seasons right now, but our cow is still mainly on hay and feed anyway. Two-thirds cup from a half-gallon seems pretty slight, so I’m wondering if my cream separating might need work. There was more cream in the pitcher, but I couldn’t get it out without getting milk mixed in with it so I stopped.

I’m thinking a cream separator would be really handy, but they’re a little on the expensive side. Uh, I don’t think so!

How about some free advice instead? Help? I need cream.

Update: Thank you for all the tips! What’s working well for me now, thanks to your advice, is using a large bowl and skimming off the top. I’m getting much more cream that way!