First, there was a leak in one of the sinks in the studio. I stopped using the sink, and since there’s another one, it wasn’t too big of a problem. But the gas wall heater in the studio wasn’t working, so on cold days, it was really cold over there. Really cold. Then the sink got stopped up in the kitchen in the house. I’m thinking over Thanksgiving, someone didn’t get the memo that I don’t have a disposal. I tried some Drano, but that didn’t work. Ross took it apart and couldn’t find the clog. By the time it was put back together, it was leaking. I couldn’t wash dishes in the house (because of the clog), so I didn’t really want to cook there. Back to the studio, where Texas had replaced the thermocouple for me on the gas wall heater. Then it quit working again. Then both of the ovens in the studio decided to stop working on the same day. I could only do certain things in each kitchen. One of the kitchens was really cold, and the other one had cats.

Since things kept going wrong, I waited several days for the cluster to complete itself then I went to the store, bought a stick of pepperoni, and called my cousin.

Morgan had been at a friend’s house over the weekend, so she came home Sunday afternoon ready to do laundry. She came into the living room and said, “The dryer isn’t working.”

I said, “I’ve already made my list for Mark. Nothing else is allowed to go wrong. Go turn on the dryer again and it will work.”

To amuse me, she tried to turn on the dryer again, and it worked!

I should have tried that before my list got so long.

Yesterday, my cousin came over with Georgia and I made pepperoni rolls. I wanted to make a treat for Georgia, but since pepperoni rolls are a bit of an extensive process, I knew I’d better pick something simple. I plowed into her recipes and picked out an oatmeal and apple butter bar recipe. It took about 5 minutes to put together, but I knew it would be delicious. It was supposed to be baked in an 8-inch square pan and cut into bars. I’m not sure why now, but I didn’t feel like doing that so I put it in a 1 1/2 quart casserole dish and baked it like a crisp. 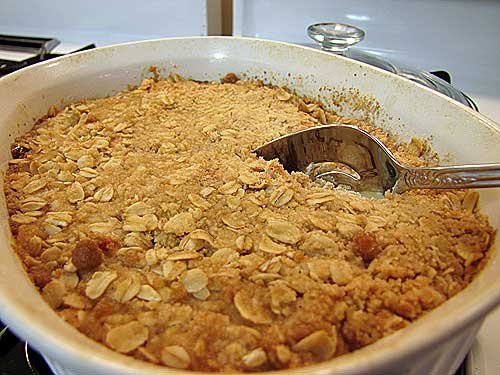 I had to bake it 45 minutes instead of the 30 minutes or so for bars.

I said, “It’s supposed be bars, but I didn’t follow the directions.” 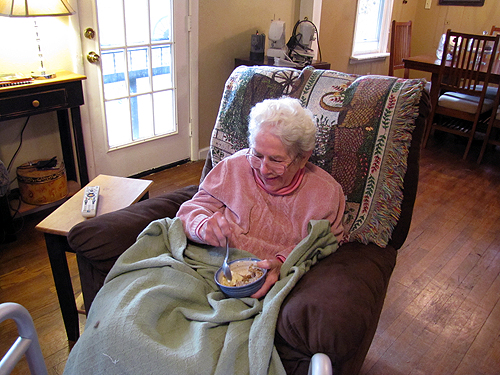 I served it to her with homemade vanilla ice cream.

Meanwhile, the sink in the studio wasn’t leaking anymore. I’d had Ross tighten it, so he must have fixed it and transported the leak to the sink in the house. One of the ovens started working on its own. The other one wasn’t working, but we got distracted when I had him fix one of the cooktop knobs that was refusing to turn. (After he left, the other oven started magically working again. Maybe he had a word with it.) He put another new thermocouple on the gas wall heater, and adjusted the thingie so it was better positioned to meet the flame or igniter or whatever, I don’t know, but it’s working now and the studio isn’t cold anymore. 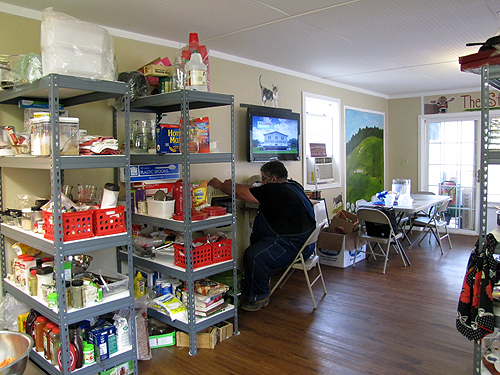 Back in the house, the clog had fixed itself (possibly from letting the Drano sit in it for a week) and he fixed the leak.

I sent him home with two dozen pepperoni rolls, and I’m back in business! 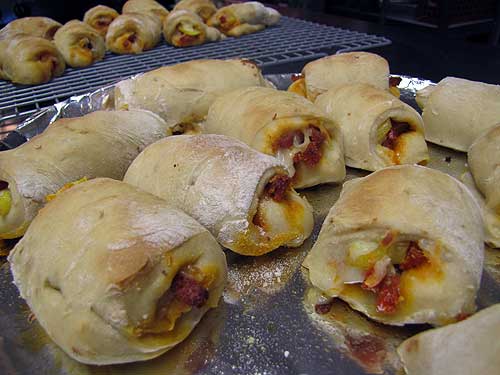