I headed off to the second upper pasture this morning on the hunt for berries. Everyone was interested in my activity–as usual. 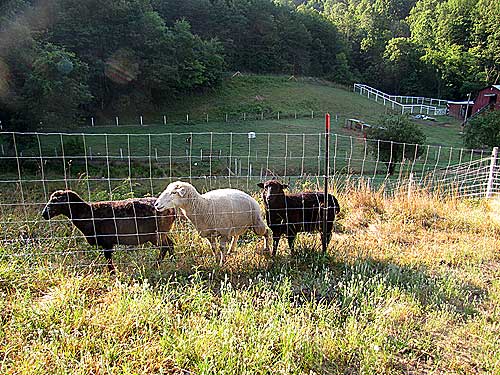 I’m the conductor of my own train. 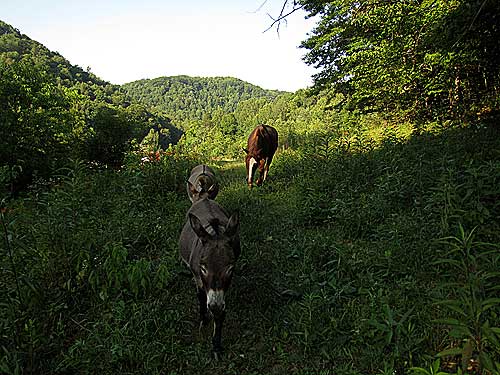 The first upper pasture is reasonably clear, and the fences were repaired this spring, but it could use a good round with a bush hog attachment (which I don’t have) to give it a clean start. 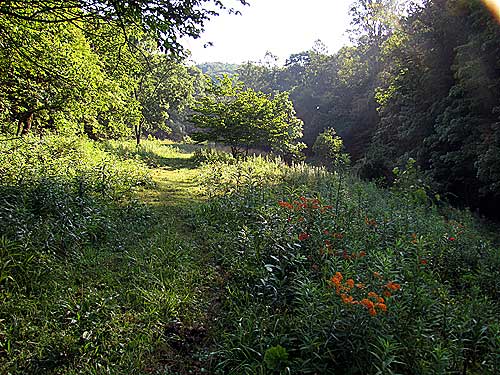 The second upper pasture is in a much worse state. 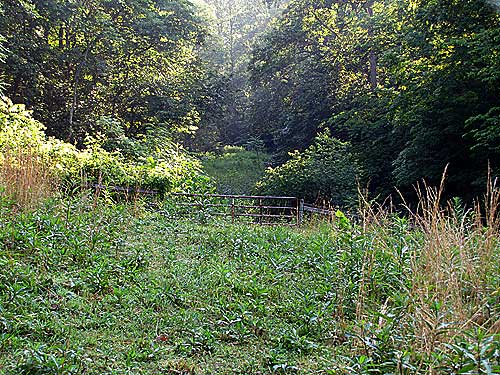 By fall, I’m hoping to have the second upper pasture cleaned up. I’d sent Adam and Robbie up on a recon mission a few days ago to see what was needed in the way of fencing repairs. (Besides what’s needed in the way of brush-clearing.) Adam came back and told me there were huge patches of berries and I needed to go up soon with a five-gallon bucket.

Being slightly less optimistic, I cleaned out a three-gallon bucket and went up to see.

It always feels like an adventure into darkest Africa to enter the second upper pasture. 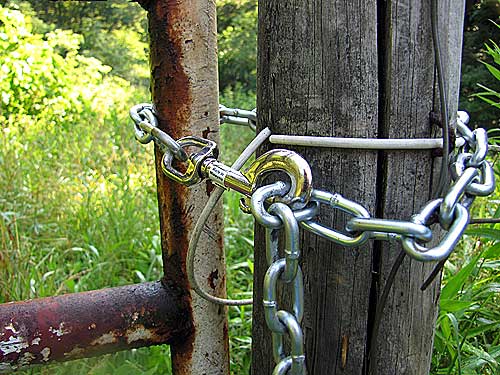 It looks like this, and then it really gets bad. 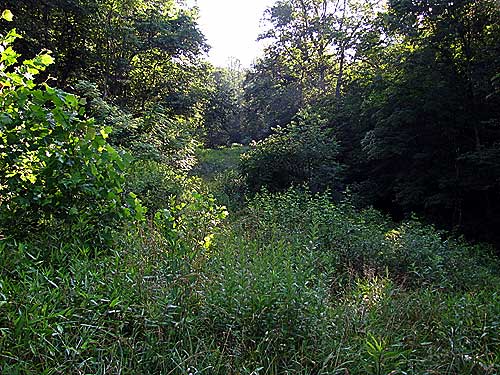 Off to discover my own berries, I waded into the second upper pasture. And yes, tall grass does make me worry about snakes, but I was determined to investigate my berry prospects. 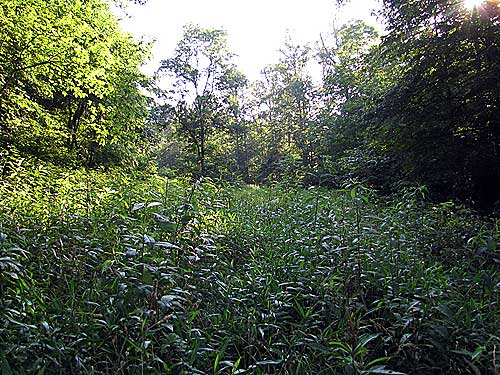 And it was true–there were huge patches of berries in the tall, tall grass–bursting with thorns, imaginary (or not) snakes, and black raspberries. Mostly NOT RIPE. 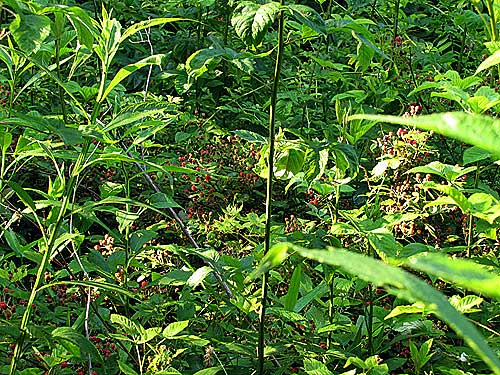 But black raspberries nonetheless. (Note the lack of red, hairy stems. Easy to tell, once you know.) 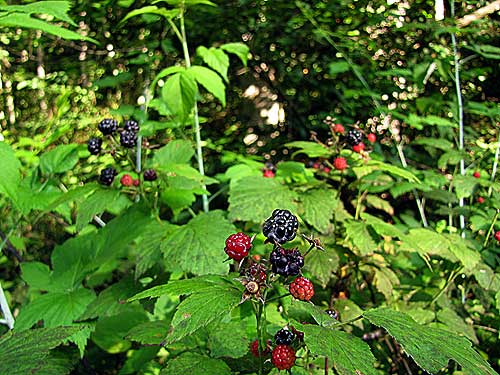 TONS of black raspberry patches, nearly everywhere I looked. My jeans got wet all the way up my legs from the morning dew on the overgrown meadow. 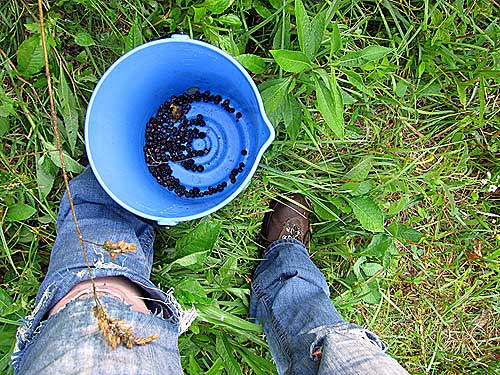 I picked the ripe ones–about a cup. But there will be more, much more, and soon. I’ll probably freeze the berries until I decide what to do with them. In a few months, I’ll have pawpaws, too….. Raspberry-pawpaw bread, the new signature recipe of Sassafras Farm?

I was happy to return to civilization and the first upper pasture, where Patriot waited for me by the gate. 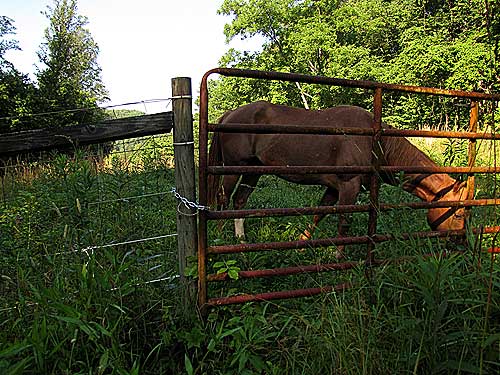 Photo of Patriot taken upside down over my head as I walked back. 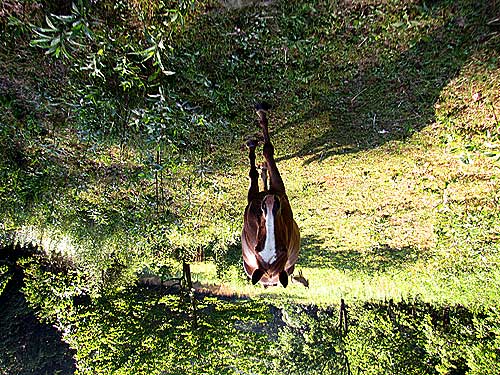 Even after the donkeys bore with my activities, that horse follows me like a dog,

I’ll be back for the berries in a few days with my bucket. And hip waders.