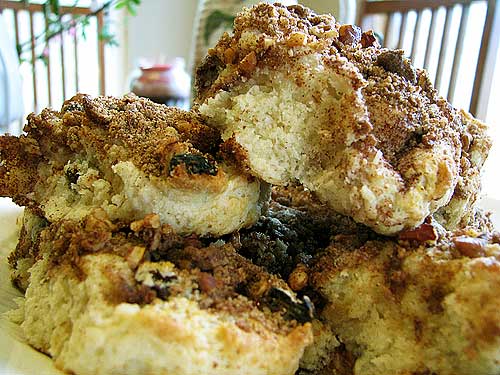 Biscuit do-over. When I made the Sour Cream Raisin Biscuits, by reader request for a recipe for cinnamon raisin biscuits, I felt really guilty about forgetting the cinnamon. I had to make more biscuits, this time with raisins and cinnamon. I have a way of getting obsessed about things like biscuits. 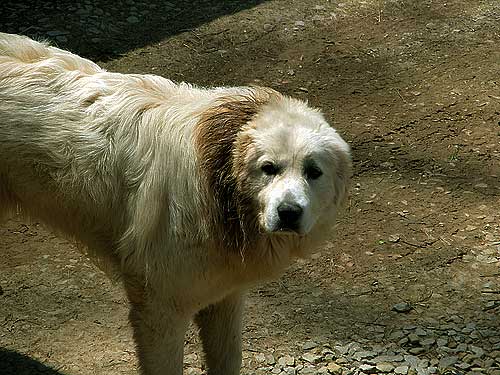 Did she lay the side of her head down in a puddle or what? 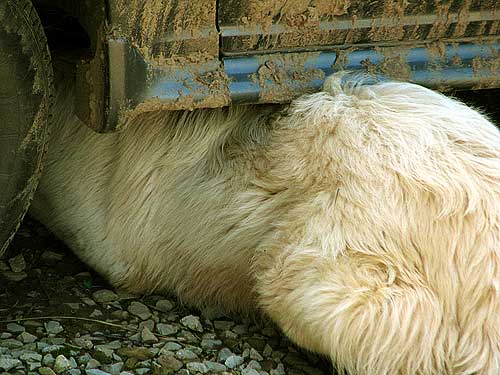 Sure, Giant Puppy, hide under the car. Does she know her butt is sticking out? She’s so ridiculous.

Kinda like these biscuits. They’re over-the-top, crazy, out of control, rolled up with cinnamon and more cinnamon streusel on top. Oh yeah, and don’t forget the raisins!

You can make these biscuits using my homemade baking mix, Quick Mix or your own favorite baking mix–or if you don’t like to keep baking mix onhand, you can make it by the batch, so I’ve included the recipe from scratch here. I didn’t use sour cream in this recipe because it tends to make the dough very moist and more difficult to work with, and I was planning to work with this biscuit dough. Besides, Over-the-Top Sour Cream Cinnamon Streusel Biscuits would be just too long.

*Raisins are optional. But since I left the cinnamon out of the last biscuit recipe, I can’t leave the raisins out of this one!

Note: To use a baking mix, replace first 5 ingredients with 2 cups baking mix, adding a tablespoon of sugar.

Place first 5 ingredients (or 2 cups of baking mix) in a large bowl and work in the butter with a pastry cutter. Add the raisins then the milk. Knead the dough lightly, adding a little extra flour if needed to keep from sticking.

I do a lot of my messing around with dough on the dining room table so I can spread out. 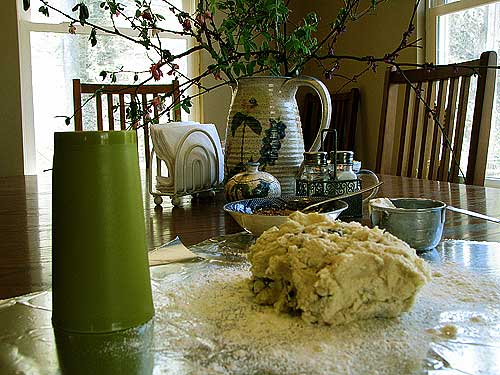 I use a plastic cup instead of my rolling pin a lot because I’m too lazy to get out my rolling pin. Like, I’d have to open an extra drawer and everything.

Roll dough out onto a floured surface into an approximately 16 x 8 rectangle. (Like I measure.)

Spread melted butter over the dough. 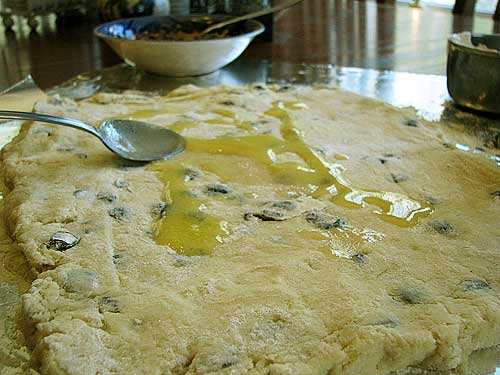 Sometimes I’m too lazy to get out my pastry brush, too, and I spread the melted butter with a spoon.

Sprinkle the filling over the top, making sure to get all the way to the edges. 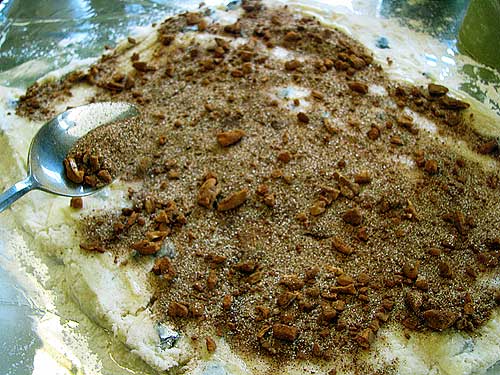 Roll dough up from the long side. 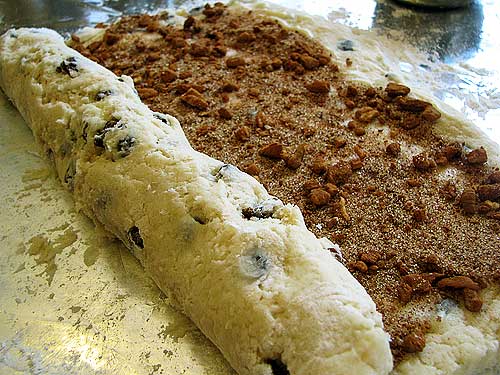 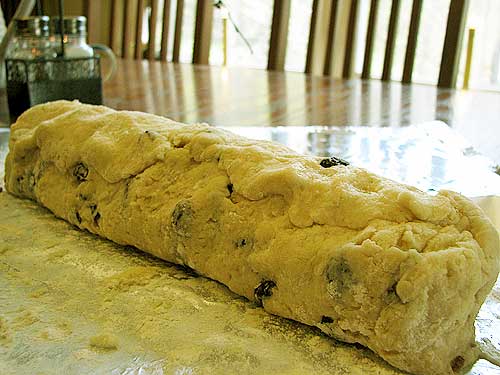 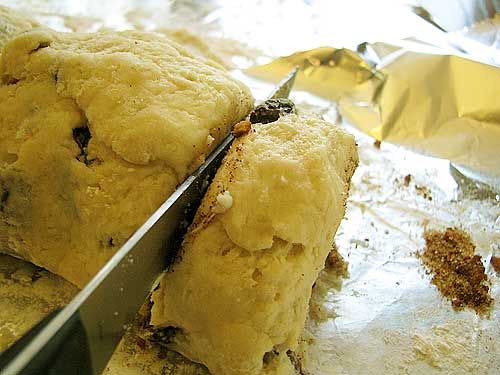 Place biscuits closely together on a greased baking sheet. 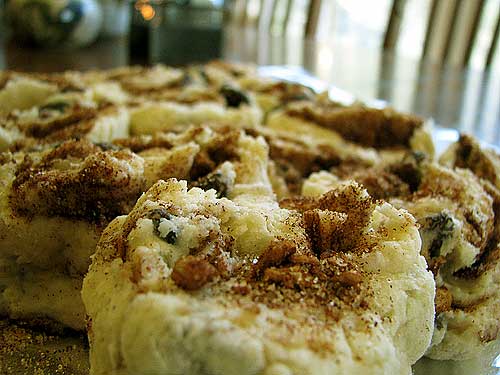 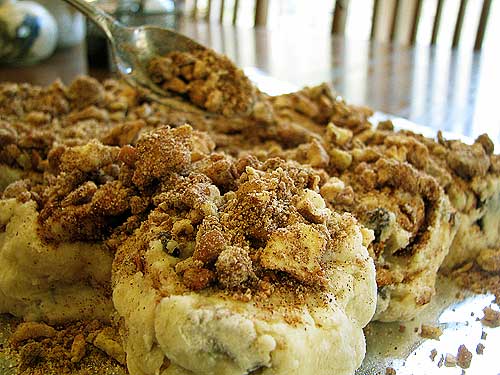 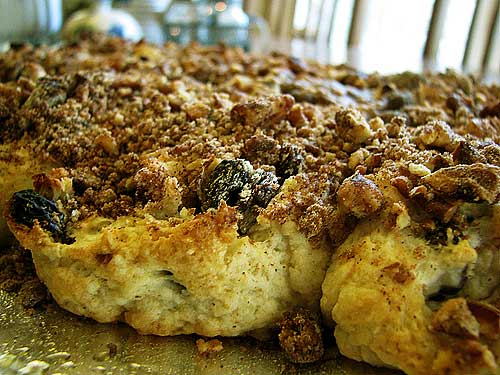