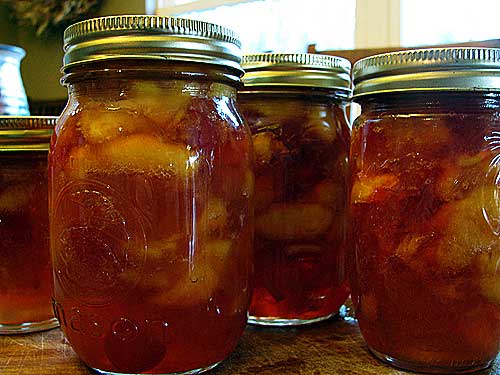 A long time ago in a galaxy far, far away…. Like, last summer in my kitchen…. I put away more bags of sliced peaches in the freezer than I can count. (Actually, I can’t remember now how many bags of peaches I put away. Almost as many as pears, though.) I was far too busy processing fruits and vegetables to can everything, so I froze quite a bit to take out later when I had time to make Christmas presents. I’ve had a hankering to make this peach conserve recipe for months–and yesterday was the day!

What is a conserve anyway? A conserve is a jam-like thing that is not jam. It usually contains two or more fruits and sometimes nuts and raisins. A conserve should be cooked until it rounds up on a spoon, but it’s not as thick as jam. This peach conserve recipe is from the Ball Blue Book, though I did a few things differently. The recipe suggested chopping the cherries. I left them whole. I added extra peaches, too. I wanted it real peachy. I also doubled the recipe entirely (along with adding more peaches).

I also never did get it to round up on the spoon properly, but I decided that was okay. I left too much liquid in from the thawed peaches. I suggest you don’t do that. This was my first experiment in substituting fruit that had been frozen in a recipe calling for fresh fruit. Live and learn! What I ended up with was more of a cross between a conserve and a compote (fruit cooked in syrup). I’ll tell everybody it’s peach compote with rum when I give it to them. I bet they won’t mind.

If you’ve never canned before, check out my tutorial–How to Can: Hot Water Bath Method for detailed instructions on the canning process.

For me, doubling this recipe, I made about four pints (though I used some odd size jars, which is why you see five jars in this post–it’s about four pints, if I’d been using all standard size pint jars). The recipe as written below will make you two pints. (Why would anyone make only two pints of this???)

Printer-Friendly
How to make Peach Conserve with Rum:

*You can make this without the rum.

Combine orange peel and pulp with just enough water to cover in a small pot. Cook until peel is tender; set aside. 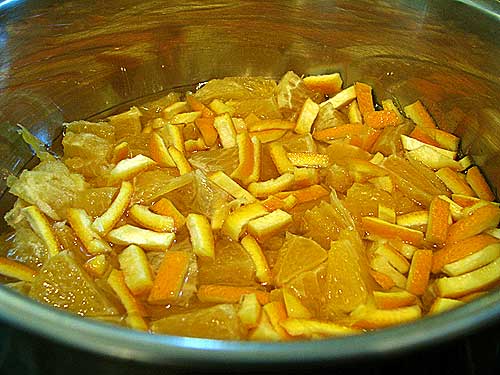 Place opened bottle of rum in hot water and let sit. Don’t drink it! Stop that! 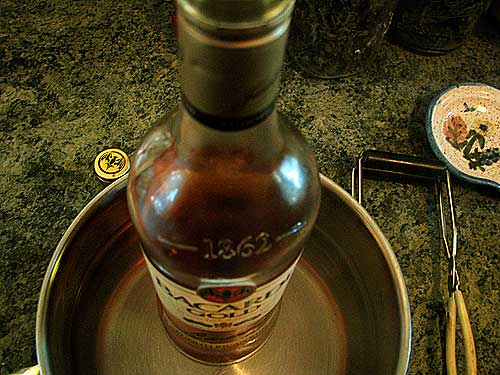 Combine orange mixture with peaches, pineapple, cherries, and lime juice. (Drain everything! Ask me how I know that…. I had to filter out the excess liquid later. It was too much.) 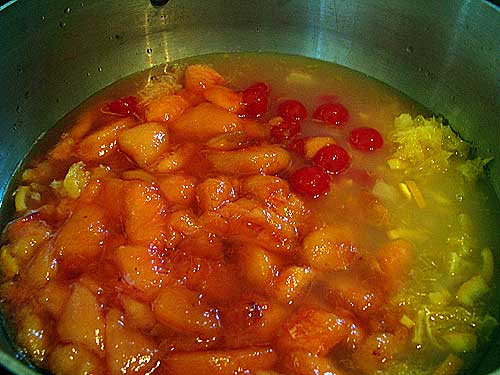 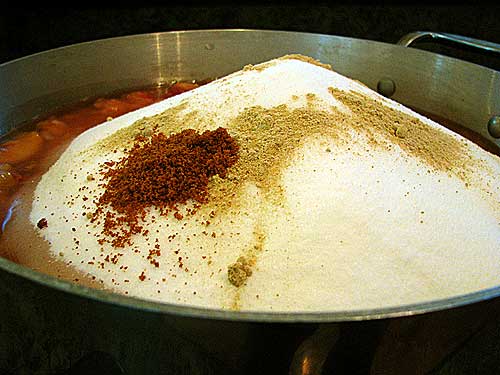 I buy sugar in the mega bags at Sam’s. (The biggest size I can stand to lift.) 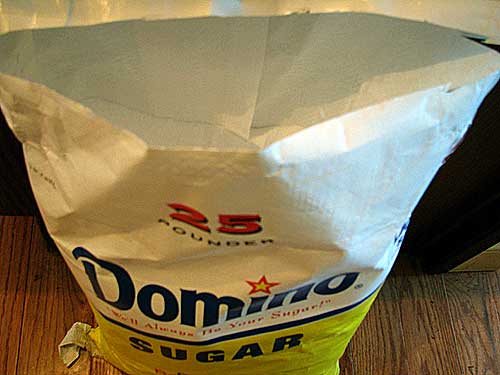 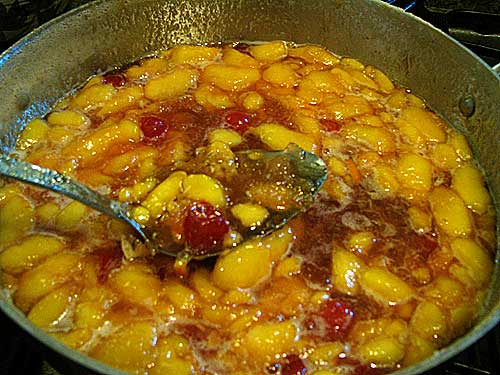 Stir frequently to prevent sticking. The instructions say to add the rum now. I wanted to pack the jars full of fruit. I didn’t want to be canning liquid! Or wasting rum. I strained the fruit before ladling into the jars. I added some liquid from the pot then poured in the rum, directly into each jar, topping it off to leave 1/4-inch headspace. 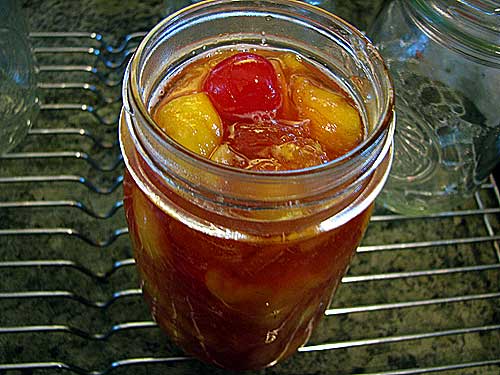 Remove air bubbles and adjust lids and rings. Process in a hot water bath for 15 minutes. 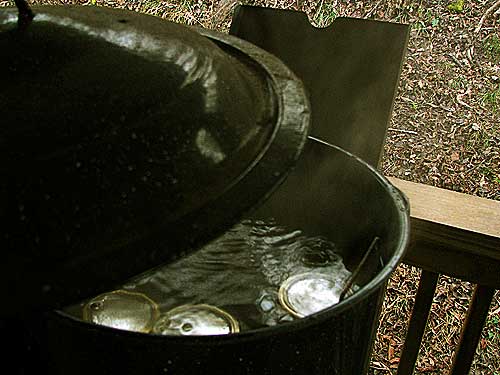 That’s going to be super fun when it’s snowing. 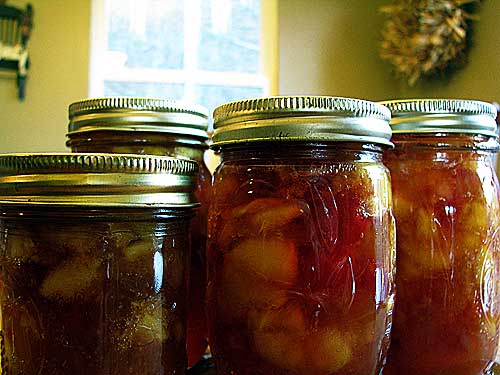 I think these jars came out gorgeous and it’s going to be hard to give them away! (I’m planning on making more of this recipe, and several others, before Christmas for gifts. Maybe enough to keep some for me!)