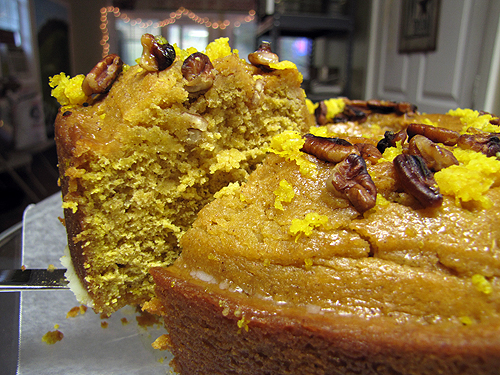 I served this cake to attendees at this weekend’s retreat, and they suggested I should call it Orange-Pumpkin Tipsy Cake, but I’m going with pumpkin first anyway. Though the orange flavor in this cake is pretty strong. And delicious. There’s actually more pumpkin in it than orange, though. And I started out wanting to create a pumpkin cake because I was in a pumpkin mood. It’s fall, after all! The idea to add orange came later in the process. I love how the cake came out and I hope you’ll give it a try. Here’s how I made it.

If you don’t want to use bourbon, you can replace the bourbon by using more orange juice. In that case, maybe you really should call it Orange-Pumpkin Cake. (No tipsy!) 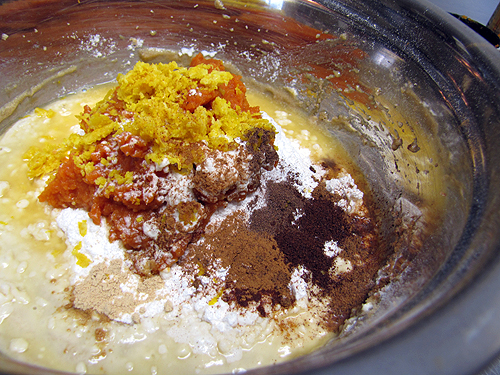 Bake in a greased 9-inch tube pan for about 45 minutes–do the toothpick test and keep an eye on it. 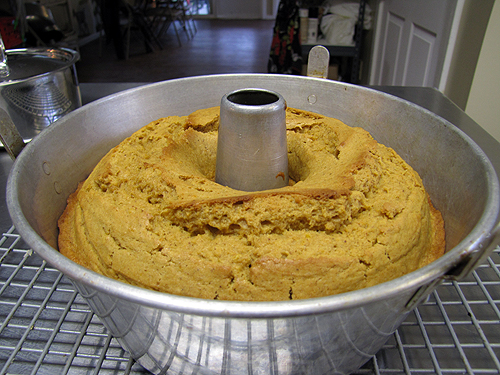 Remove from tube pan and cool. Poke holes all over the cake. 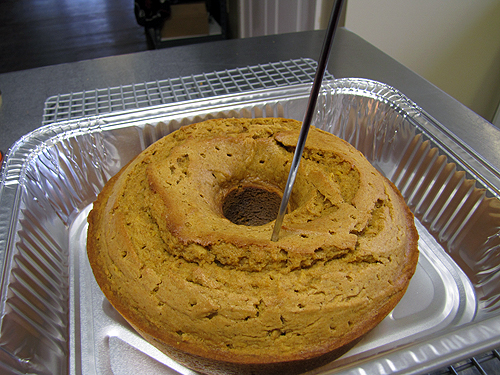 To prepare the glaze: Heat the butter and brown sugar in a small pot. Boil two to three minutes. Remove from heat and stir in the other ingredients. 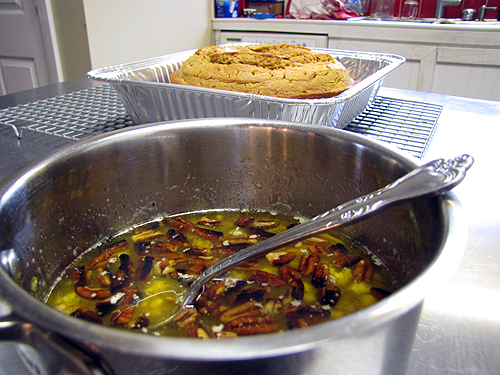 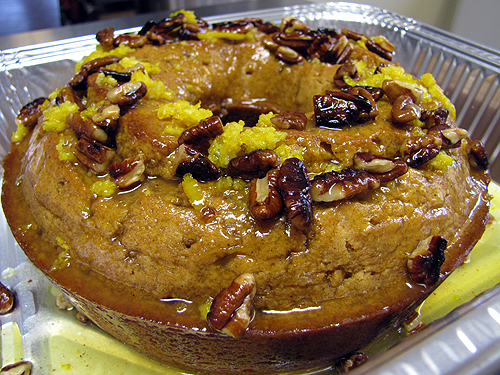 Refrigerate for at least a day before serving to let the glazy goodness seep into the cake. Before serving, warm the cake in a low oven then spoon the melted glaze off the bottom of the pan back over the cake. You can also spoon over more warmed orange juice and bourbon just before serving if you like. 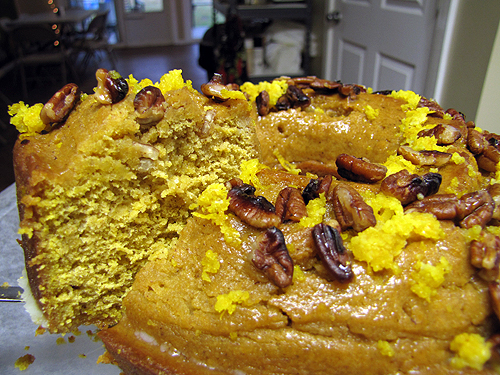 Serve with vanilla ice cream. This cake is scrumptious, very autumn-ish, and holiday-ish, too!