. It’s a chocolate and almond cake, but the name of the cake actually means Queen of Sheba. It’s a cake fit for a queen! And actually, it is quite darn delicious and I enjoyed puttering around making it.

I skip around in the book, playing with a recipe here and there when I have a good day with lots of laidback time to make a recipe with 50 steps that dirty all the dishes in the house. (I’m just kidding. Sort of.) This is actually quite a small cake. It makes one 8-inch layer. If you wanted to, it could easily be doubled to make a two-layer cake. I baked the single-layer version in two 6-inch cake pans then stacked them for icing, which worked out just fine and made a pretty two-layer small cake. I’m planning to make this cake again for Easter, and with all the kids here, I’ll be doubling the recipe. 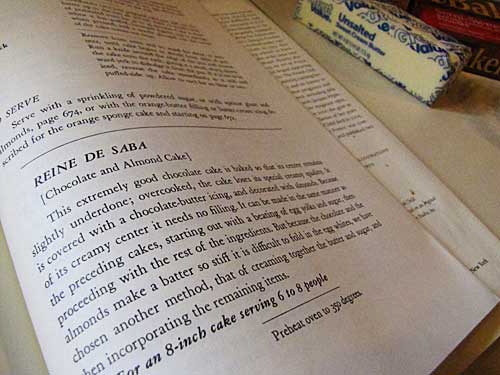 Julia says: “This extremely good chocolate cake is baked so that its center remains slightly underdone; overcooked, the cake loses its special creamy quality.” So don’t overbake it! Julia has SPOKEN.

Printer-Friendly
How to make Queen of Sheba Cake:

Note: This is the one-layer quantity. Double for a two-layer cake.

Butter and flour cake pan. I used two 6-inch cake pans and I like to cut out a piece of parchment paper to fit in the bottoms. Makes cakes come out so nicely. I also prefer to dust the pans with cocoa powder instead of white flour when baking a chocolate cake. No white flour dust on the cake. 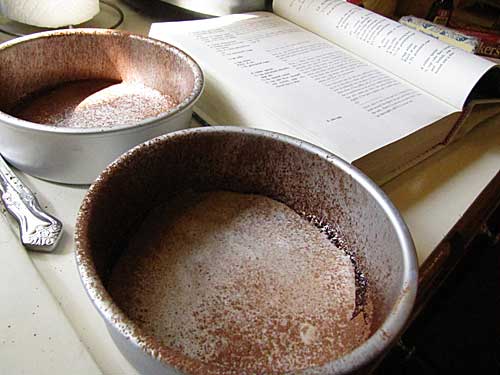 Set the chocolate and rum or coffee (I used Bacardi Gold) in a small pan, cover, and place (off heat) in a large pan of almost simmering water; let melt while you proceed with the recipe. (Honestly, I just put the chocolate straight in a pot and melt on low.) Measure out the rest of the ingredients. 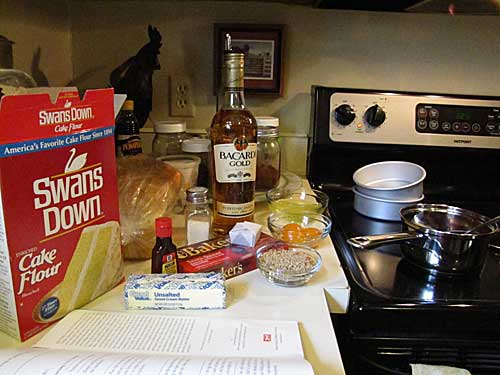 Cream the butter and sugar together for several minutes until they form a pale yellow, fluffy mixture. Beat in the egg yolks until well blended. 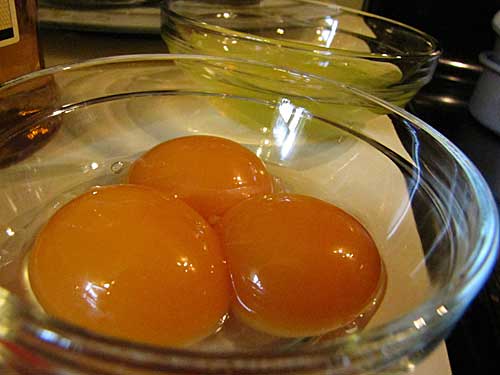 Beat the egg whites and salt in a separate bowl until soft peaks form; sprinkle on the one tablespoon of sugar and beat until stiff peaks are formed.

Blend the melted chocolate mixture into the butter mixture then stir in the pulverized almonds and almond extract. (Pulverize the almonds in a blender or food processor.) Immediately stir in one-fourth of the beaten egg whites. Delicately fold in a third of the remaining whites and when partially blended, sift on one-third of the cake flour and continue folding. Alternate rapidly with more egg whites and more cake flour until all the whites and flour are incorporated.

Transfer batter to pan (or pans) and bake at 350-degrees for about 25 minutes. (For two 6-inch pans, I baked for 15 minutes.) Cake is done when puffed. (Do the toothpick test.) 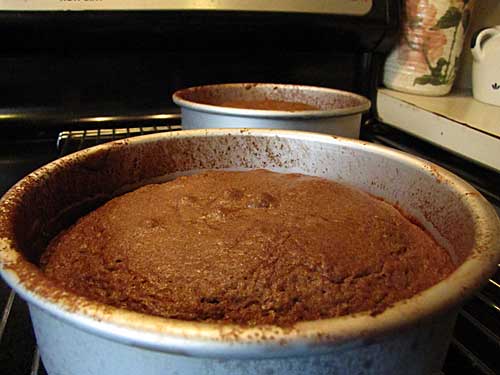 Allow to cool in pans for 10 minutes then remove and cool on a wire rack. Ice with Glacage au Chocolat (Chocolate-Butter Icing).

Melt chocolate with rum or coffee until smooth. Beat in butter a tablespoon at a time. Cool (or chill) until of spreading consistency. 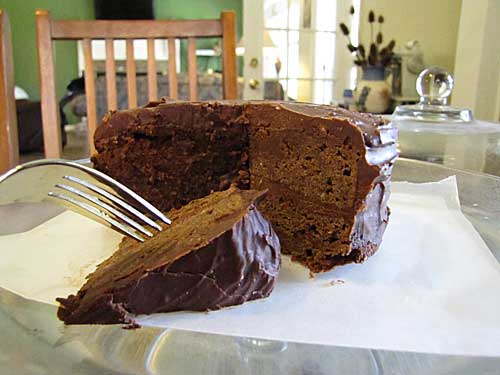 This cake is magnificent. If you’re looking for a special cake for your holiday meal this weekend, give it a try. It’s actually one of the simpler recipes in the book. Be not afraid!