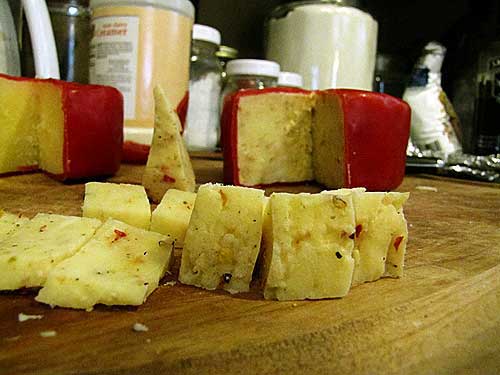 Monterey Jack should have been easy. It’s not that different from cheddar, which I’ve been making for awhile. But oh, did I have trouble with my curds.

Here, I cracked open a plain (no peppers) Monterey Jack. 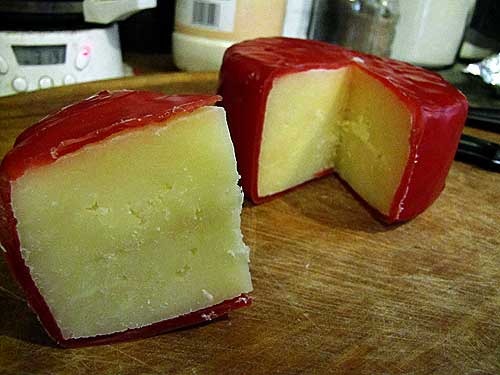 This one’s a pepper Jack. 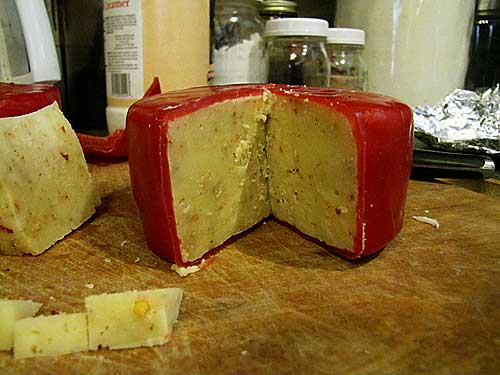 I found both of these cheeses to be a little dry, and the reason for that can be seen in my curds here in my Monterey Jack post. I’ve really struggled with getting my curds just right. You gotta have good curds to have good cheese.

Cheese expert Jim Wallace from New England Cheesemaking gave me this advice about achieving a smooth rind with my curds: “Dry curds can be caused by temps running too high, too much stirring, or even too much acid development caused by excessive milk ripening. I also find that sometimes it is also caused by too much culture addition. For my work here I normally use 1 pack for 3 gallons of store milk or 4 gallons of raw milk. Different milks will behave differently as well.”

When I started working on my cheeses this month, I planned to add only half a packet of starter. Since I use raw milk, my milk is unique to my cow and I need to learn what works best for my milk. But, something I decided to try first was the simple effort of paying more attention to time and temperature. You know, not letting myself get distracted and wander off to feed a cookie to a goat while I have a pot of curds in the kitchen.

I also upgraded to a spring-loaded cheese press. (It’s the press made by New England Cheesemaking.) Part of the reason for this was to see if it would help me improve my curds with more reliable pressing, and part of the reason was because I make a lot of cheese now. There are pros and cons to both a spring-loaded press and a homemade press, but the main con for me with the homemade press is hefting around the weights. A homemade press is an excellent starting tool to get into cheesemaking without making an investment, but if you make a lot of cheese, hefting those weights around gets old. I decided Beulah Petunia and I deserved a spring-loaded press. 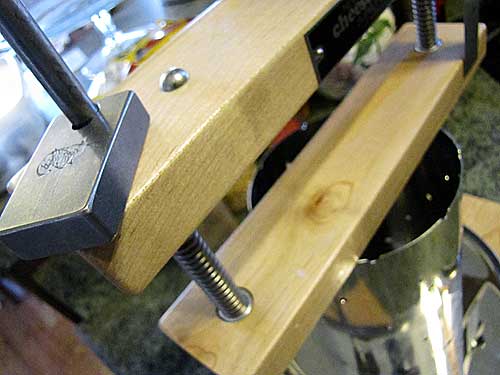 Really, it was her. She wanted one and she’s very demanding. 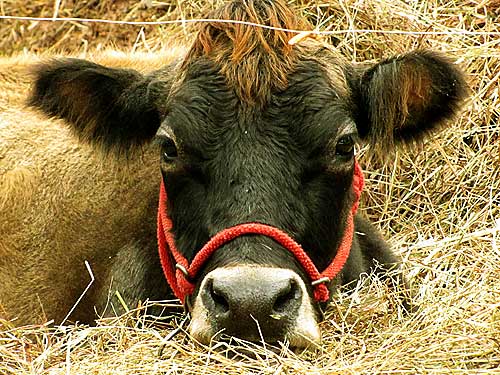 This weekend I made the BEST cheese to date with a smooth, pretty rind. 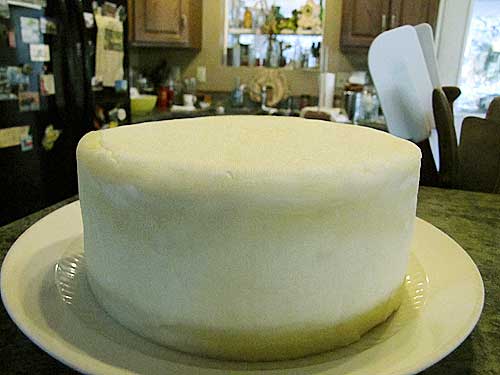 More on that cheese on January 15 when I post my next cheese challenge adventure. (There’ll be another giveaway from New England Cheesemaking, too!)

Even though my Jacks didn’t come out perfectly, they did come out. The encouraging thing about cheese is that it doesn’t have to be perfect to still be edible. I used my homemade pepper Jack in pepperoni rolls. 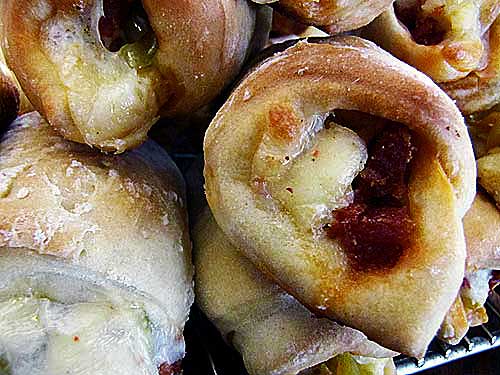 I opened one of my cheddars from last summer, too. I’d broken into a few of my cheddars a while back then decided to wait with the rest of them, let them age some more. This one was aged for about 6 months. (The cheddar is the one on the far right in the photo.) 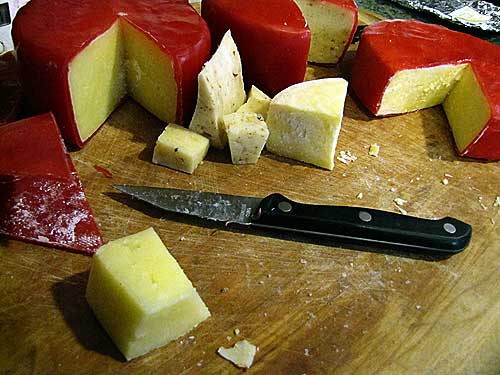 IT TASTED LIKE CHEDDAR. The flavor difference in waiting a few more months was astounding. It, too, was a little on the dry side. (My curd problem isn’t new!) But the flavor was fantastic. There was no mistaking–THAT’S CHEDDAR. I was amazed. Like I’d done a magic trick. The texture was more like a parmesan, however. Which is okay, just not what I want.

I want to make good cheese.

And I’m gonna keep on trying!