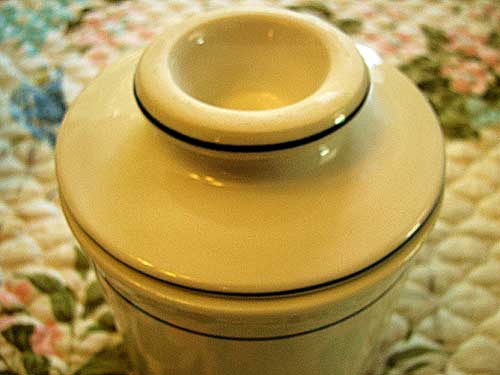 I became infatuated with this butter keeper recently when I gave one away. I couldn’t get it out of my heart and I gave in to the impulse to buy one for myself. After all, I have fresh butter all over the place here and no way to keep it soft and spreadable. 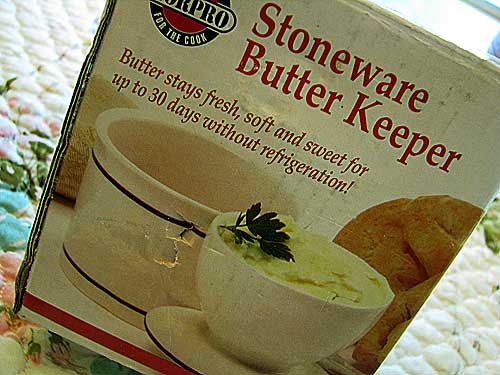 It keeps butter soft and spreadable and FRESH at room temperature for up to 30 days! How can that be? I had to possess this magic for myself.

A butter crock is a traditional method of keeping butter fresh without refrigeration using an airtight seal of water. It was invented by 16th century French foodies. How can we go wrong?

I studied the directions. 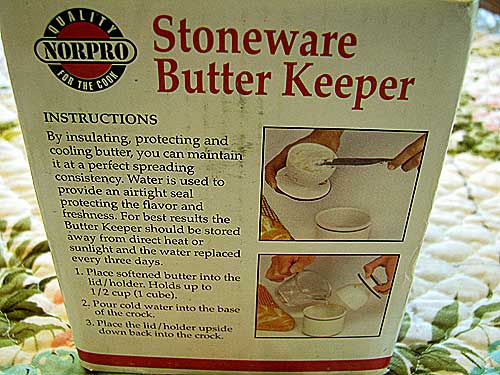 They were severely limited. 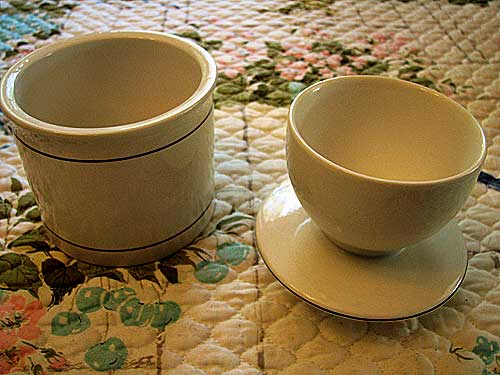 And made no sense. 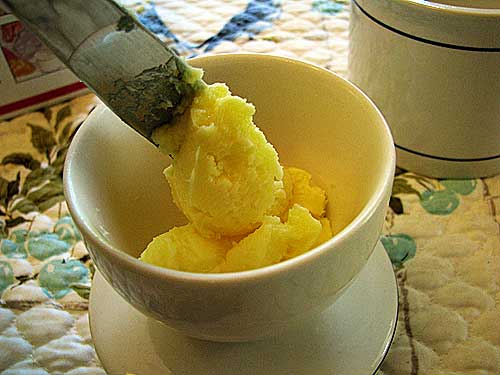 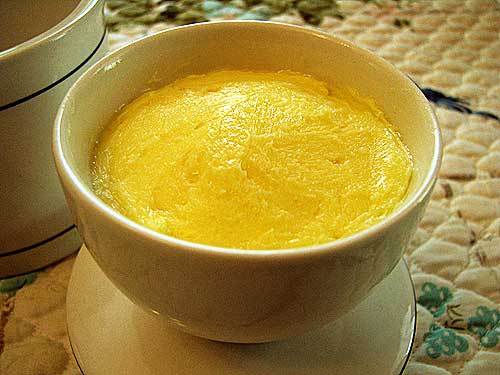 You were to put butter in the cup, add some water to the crock, then put the butter cup down into the crock UPSIDE DOWN! 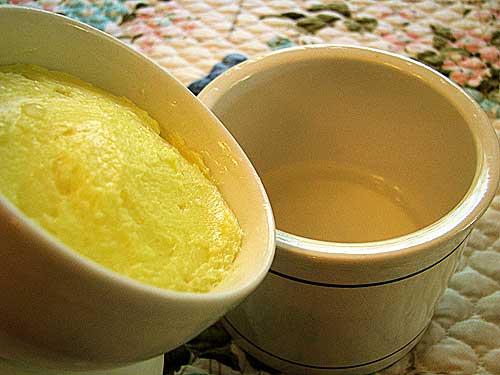 We all know that’s impossible and the butter will fall out and that all those French foodies were drunk when they made this up. The butter keeper, by the way, went out of fashion when refrigeration became commonplace. Or, possibly, when people stopped drinking so heavily. It has come back into vogue with the new rise of home buttermaking and foodie-ness and…. Possibly people are drinking heavily again. 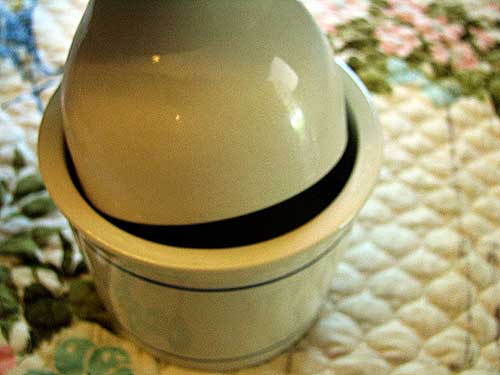 After you put the cup down in the crock, you’re supposed to just go on with your day, all the while that your butter is falling out. 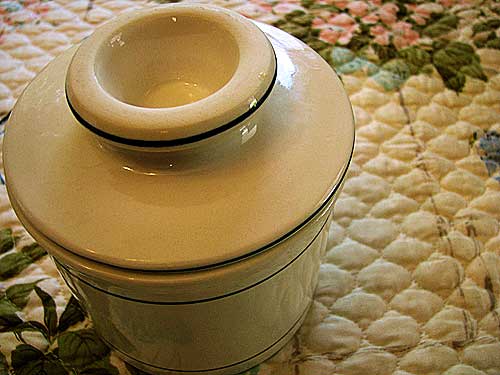 Not that I can do that. I have to keep checking. 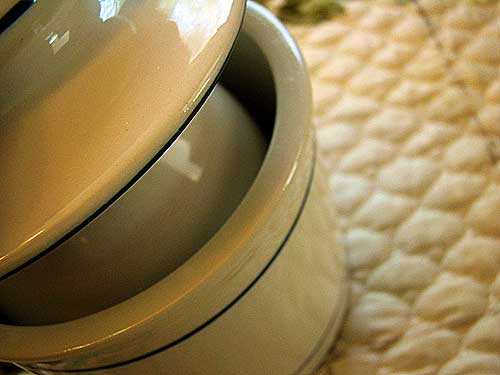 And so far, my butter has not fallen out. 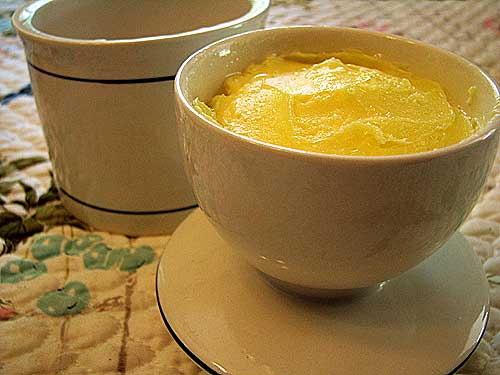 Why doesn’t the butter fall out? What sort of magic oppositional gravitational force is at work here? Also, how much water are you supposed to put in there? Does anyone know? The instructions were a bit lean. Is the water supposed to touch the butter, or is there just supposed to be enough water to make an airtight seal with the rim of the cup?

P.S. The only thing I do know is that you’re supposed to change out the water at least every 3 days.

P.P.S. If you want to get one of these magic oppositional gravitational gadgets, you can get one here.

P.P.P.S. Do not blame me if you start drinking heavily.