That’s not a very inspiring post title, is it? That’s how I’ve been feeling about dinners around here lately. It’s mostly just me and Morgan, and Morgan’s tastes run to the very particular. Read = boring. I make a lot of homemade pizzas, burritos, and paninis. She’s perfectly happy with this state of affairs and I’m bored. I entertain myself with pies, cakes, breads, and lately, a lot of ice creams. With fresh cream in the house, I’ve made some delicious ice creams–butter pecan, banana, Heath Bar crunch–and as long as there’s some chocolate in the freezer, Morgan is satisfied. It’s a little more difficult to make separate dinners, thus a lot of boring dinners. Other than the fact that she likes a lot of jalapenos, cooking for Morgan is like cooking for a picky five-year-old. I’d kinda lost my dinner mojo until I had some good food recently that reminded me what good food is–interesting.

I enter into evidence the following two dishes. 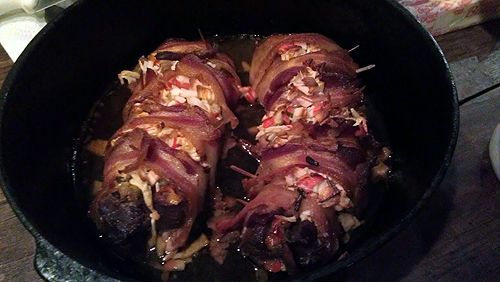 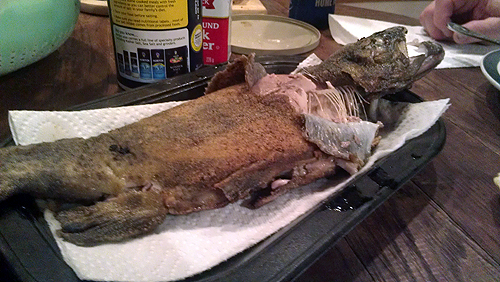 I didn’t prepare either one of those dishes, which is almost the best part. Okay, it is the best part. Though they were also pretty delicious. After having written a thorough diatribe about not dating a couple of months ago, and in the interest of not hiding behind the barn, I’ll confess that I’ve been dating recently. Don’t you like a man who can cook? Please don’t anticipate any further details. I really do have a private personal life, even if it doesn’t seem like it!

After a few interesting meals, it seems more difficult to make yet another boring pepperoni and jalapeno pizza for Morgan, even if homemade pizza is awfully good. While inspired food is partly about more interesting ingredients, it’s also about more interesting preparation. I think I will look back on 2012 as the Year of Boring Food. Even when cooking for a picky five-year-old, meals don’t have to be ho hum. I promised myself I’d make a little more effort in 2013. Last night’s results: 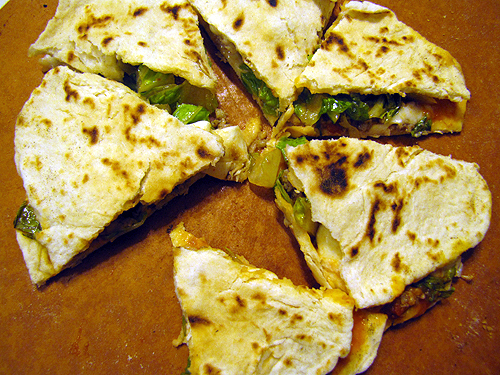 Morgan likes quesadillas, and usually I let her make them. When I make them, it involves a little more trouble. Homemade thick and chewy tortillas (recipe here). 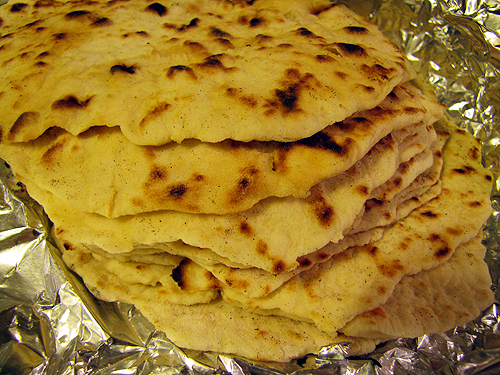 Homemade cheese, with some chopped romaine, some tomato sauce (in this case, Emeril’s, have none of my own in the pantry), jalapenos to keep Morgan happy, and some sausage. 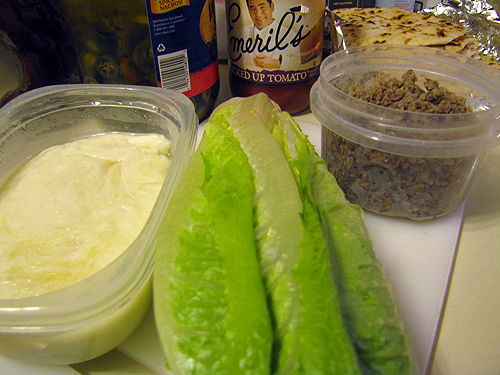 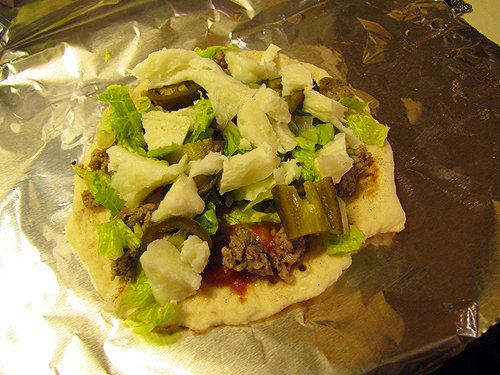 Top it with another tortilla, wrap individually in foil, heat till the cheese is hot and melty, slice.

That looks good, doesn’t it? It was still on the boring side in some ways, but kicked up a notch by just going to a little extra trouble. Life is too short to eat macaroni and cheese. Unless it’s homemade (recipe here).

Like how I threw something juicy in the middle of this post? YOU NEVER KNOW WHAT’S GONNA HAPPEN AROUND HERE. Don’t be skippin’ any posts….