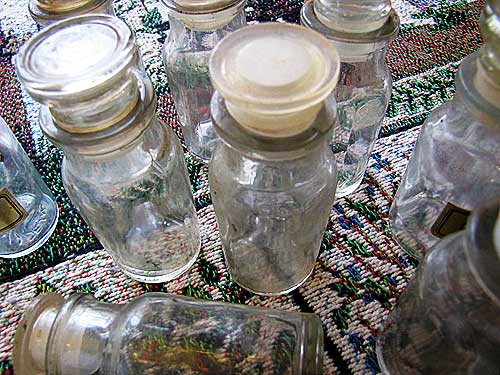 Having discovered, among other things, this stash of 10 vintage spice jars in Box #1, I had to do some research and see what I could find out about the jars. They resemble another old spice jar that I have and for awhile I was confused, thinking it must be all the same set.

I pictured that spice jar in this post over two years ago. 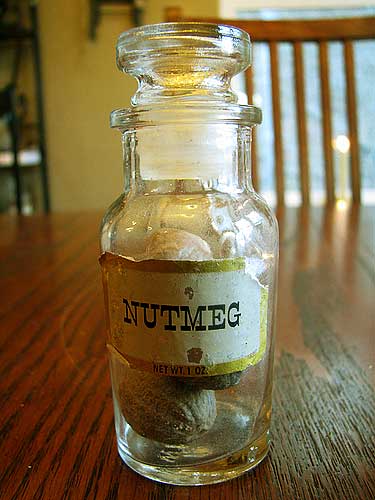 I still keep whole nutmeg in it.

All of the jars are apothecary-style vintage glass spice jars. However, it eventually sunk in that it made no sense that the “nutmeg” jar was part of the same set. I haven’t opened this box since I moved, twice. Everything in the box other than the plastic plants came from my grandmother via my mother. Perhaps when I moved from Texas to North Carolina (when my mother gave me all the things that she gave me, because I was moving away), I stuck that plastic plant in there just because there was room for it. I don’t know. I just know I haven’t opened this box in years. And further examination and research showed the jars are actually different. The “nutmeg” jar is a vintage 1950s John Wagner & Sons spice jar.

You can see an amazing collection of 100 Wagner spice jars in a photo here.

Wagner jars have “Wagner” embossed on the bottom of the jar. The “nutmeg” jar has it. 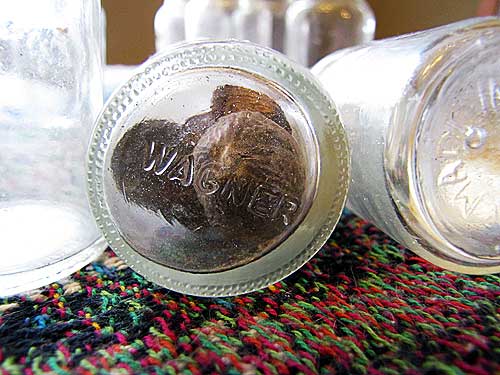 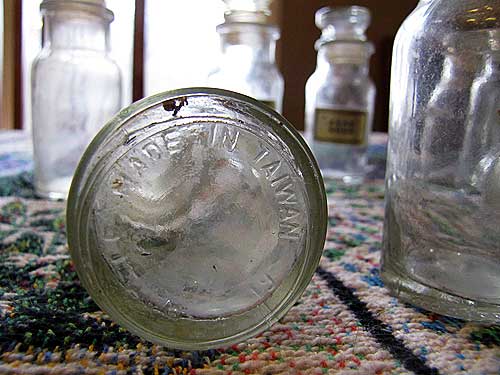 I was unable to find anything more about these jars as there is no company name embossed on them, but I believe they are a Wagner knock-off. A vintage knock-off, which is still interesting. They were for the the farm wife who coveted those nice Wagner spice jars but needed to spend a little bit less. The similarity of the font you can see on the few jars with remaining labels suggests an imitation of Wagner’s label style. 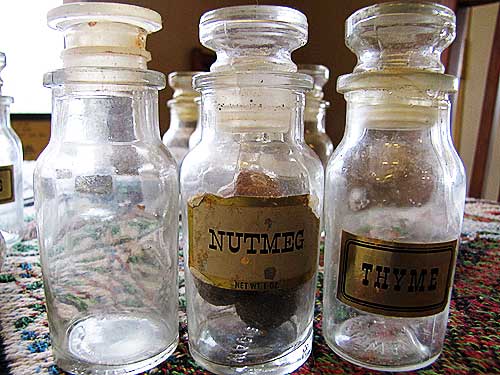 There are small bubbles in the glass of a few of the jars, but everything else about them suggests they were contemporaries of the Wagner jars, not older than them.

I’m going to leave the few existing labels intact, of course, but I’m going to clean them up, put new labels on the rest of them, and put them to use. 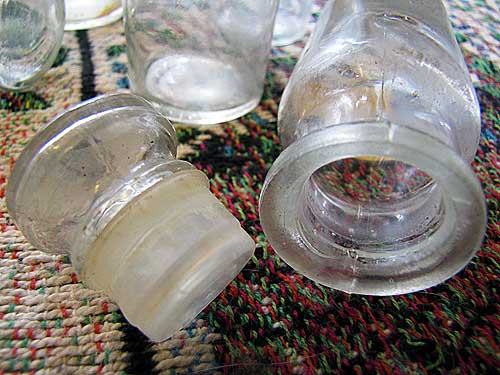