Before the wool and herbals retreat, I made and froze a number of pies, unbaked, to bake and serve easily after the suppers. I like to keep a few pies in the freezer all the time–it makes for an easy dessert when unexpected company arrives. Like when your son in the Navy walks in the back door without calling first.

A couple of yet unused frozen pies and the remains of the pies from the retreat: 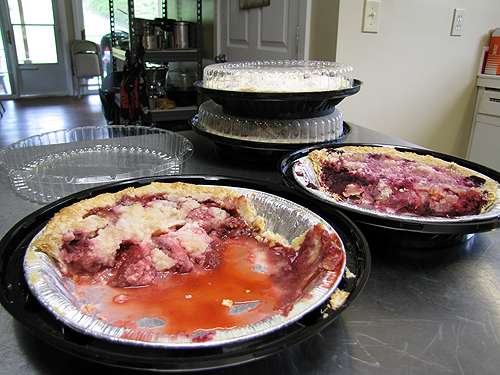 I can’t remember how many pies I baked during the three days of the retreat, but the pies were popular, along with homemade vanilla ice cream.

Fruit pies are easy to freeze and will keep in the freezer for a few months. As if they’ll languish in your freezer longer than that! No worries there…. Attendees at the retreat asked for the recipe and I explained that I make them based on my Dutch Apple Pie recipe, with a few modifications. Which I tried to explain, but I figure it would just be easier for everyone if I wrote it down! So here it is.

You can make these crumb pies with any type of berries–raspberries, blackberries, strawberries, gooseberries, whatever you have available, and you can also use cherries. I like the crumb topping, but you could just top with another layer of pastry if you prefer.

Start with homemade pastry for the crust. 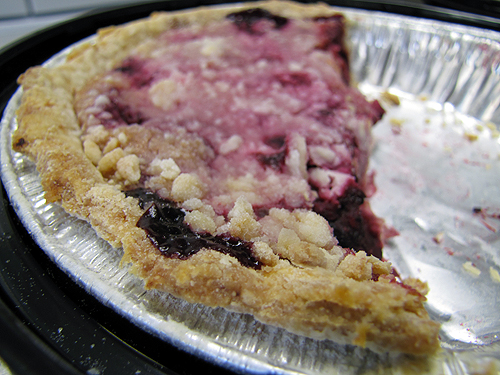 Prepare the pastry and the berries/cherries. Toss fruit with the lemon juice then stir in the sugar and flour. Add filling to pastry-lined pie pan.

Place the flour and sugar in a bowl. Cut in the butter with a pastry cutter or fork. Sprinkle mixture on top of the pie filling. 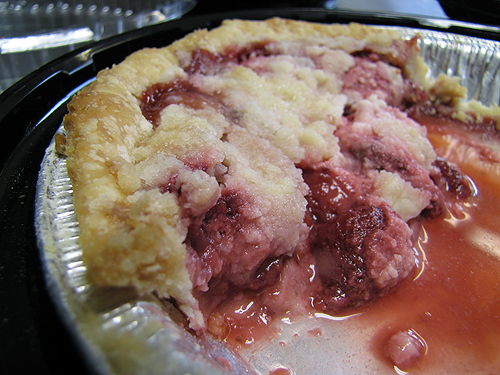 Bake at 375-degrees for 50-60 minutes or until browned. Don’t forget: Bake pies on the bottom shelf! This eliminates two problems. One, you don’t have to protect the edges of the crust from over-browning, and two, it guarantees your crust is baked through on the bottom.

If you’re preparing ahead and planning to freeze pies–freeze them unbaked (after adding the filling and topping). To bake a frozen pie, it’s best to not thaw it out before it goes in the oven. Preheat the oven then stick the pie in right from the freezer. If you let the pie thaw out first, the crust can become soggy. If it’s baked right away, it thaws then bakes so quickly, the crust has no time to become a soggy dough mess. Keep an eye on the pie at the end–it will need a bit of additional baking time to make up for starting out frozen.

I wish I’d taken at least one photo of some of these pies before serving so I’d have a prettier picture, but I was in a hurry, serving up supper and dessert!

I suppose I will have to finish off these leftovers by myself since Morgan doesn’t like pie….. IT’S A BURDEN. 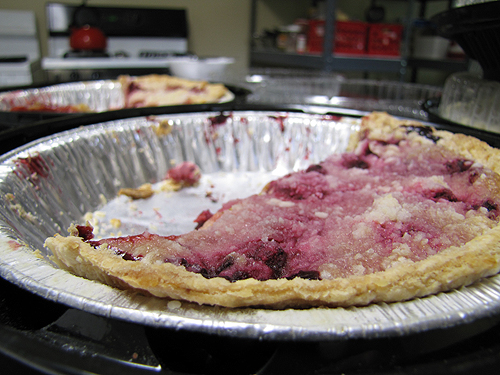