This post is part of the Virtual Retreat series. If you can’t be there, you can be here!

Sometimes, I’m even awed and amazed myself that I make cheese. I never saw anyone make cheese in my whole life. Until a few years ago, it never even occurred to me that real people just like me could make cheese at home. All kinds of cheeses, from cream cheese and other soft cheeses to hard cheeses like Romano and Cheddar.

The history of cheesemaking is lost in the mists of time, but archaeologists believe it goes back as far as 6000 B.C. It was very likely an accidental process of discovery. The lining of animal stomachs was turned into bags to transport food. When milk was carried on long trips, time and the naturally occurring rennet coagulated milk . Ancient travelers either poured off, or most likely drank, the whey and discovered that the remaining curds made a tasty treat—and aged well. And it was even better if you pressed it. (Maybe they accidentally sat on it?) Cheese is, in its most basic function, a way to preserve milk.

Over the centuries, the processes and flavors that make up the distinctive cheese varieties we know today were developed in individual areas according to their tastes and the naturally occurring bacterial cultures available to people where they lived.

Up until recently, most “farm mothers” (as they were called) made their own cheeses. Usually, they made a variety of soft cheeses, most commonly cottage cheese or cream cheese, as well as hard cheeses with a shorter aging time, known as farmhouse cheeses. Today, the home cheesemaker—whether on a farm or in the city—has access to equipment and culture ingredients to make any classic cheese they desire. You don’t have to live in Rome to make Romano, or be Dutch to have your own Gouda. You don’t even have to have a cow! You can make homemade cheese with milk from the store.

I started out making cheese with store-bought milk. I soon got a goat, and now I have a cow. I make cheese two or three times a week and I no longer buy soft or hard cheese at the store. It’s always a good feeling to provide for yourself, but making cheese is also a satisfying and creative hobby that is growing in popularity. In our fast-paced world where we want everything to be even faster, cheese can’t be rushed. It’s made the same way it’s been made for thousands of years by the farm mothers, the ancient Romans, and the tribal travelers of Sumeria.

And if getting in touch with your inner tribal traveler from Sumeria doesn’t make you want to make cheese, I don’t know what will. Oh, wait—-I know! Getting to eat it! 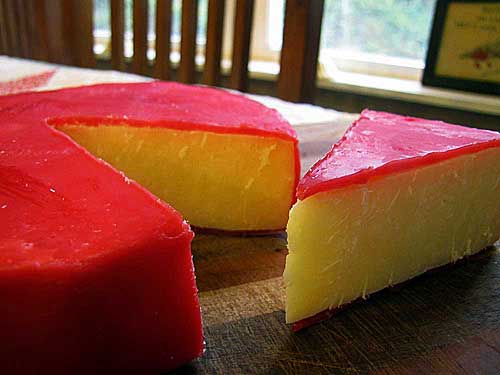 At CITR Retreat 2011, our soft cheese classes will center around mozzarella. You can find my mozzarella tutorial here: Making Fresh Mozzarella. We’ll also be making butter, and I’ll be demonstrating other soft cheese techniques and teaching the basic processes involved in making and hanging soft cheeses.

LauraP will be leading hard cheese classes, teaching the techniques involved in making aged cheeses, and during the evening woodworking mini-sessions, attendees will have the opportunity to make a cheese press of their own.

For more information and resources to make your own cheese, including many recipes and tutorials, check out all my posts in cheesemaking. And don’t forget that on the 15th of every month, I host a cheesemaking kit giveaway right here courtesy of New England Cheesemaking.