This recipe was passed to me by a friend who knew it was exactly the type of thing I love, a homemade quick fix for those too-busy mealtimes. She didn’t know where it came from, so I did a little Google research and found it everywhere, including Cooks.com. You may have seen it already somewhere, but I thought it was so handy, I had to highlight it here for those of you who may have missed it in the internet recipe barrage. This is the kind of make-ahead mix that is perfect for those days you are so harried and rushed, making even the simplest of recipes a bridge too far. Pull out a couple butter balls, drop them in a pan of milk, and you’ve got white sauce. Pair it with pasta, vegetables, meats, anything, and call it dinner. Easy. No thinking required.

Combine the flour, salt, and pepper in a mixing bowl. Every recipe I saw instructed to sift them together. I’m not into unnecessary sifting. I whisked it all up and called it done. (You can sift it if you want to.) 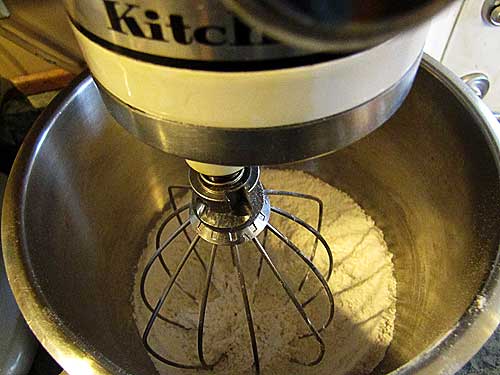 Using an electric mixer, cream the butter into the flour mixture. 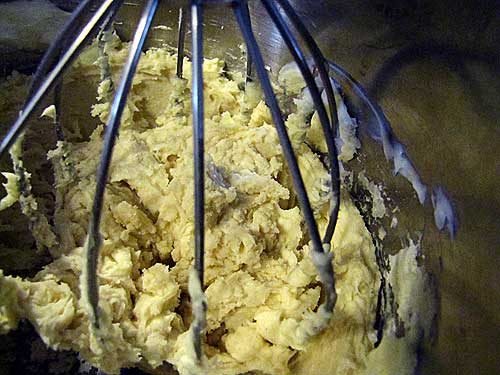 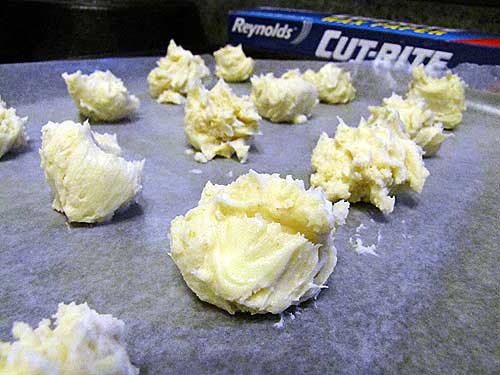 Place the baking sheets in the freezer until the balls are firm. Transfer the balls to a large freezer baggie. (They’ll stay good for about six months.) It’s supposed to make approximately 28 white sauce butter balls. For me, it made 32. As long as you’re in the general vicinity there, it should work right in the white sauce recipe.

White Sauce Recipe
Combine a cup of milk with one, two, or three balls in a small saucepan over medium-low heat. Stir constantly with a whisk as the balls melt and thicken into a sauce with the milk. For a thin sauce, use one ball. For a medium-thick sauce, use two. For a thick sauce, use three.

How easy is that? You could also add your favorite herbs, some dried garlic or onions, whatever you like. You could reduce the salt. And by the way, I feel the frugal need to point out that it’s not against the law to use black pepper in white sauce. If you don’t have any white pepper, don’t feel as if you have to run out and buy some. I’m just sayin’.

You can make it however you want. I used 5 balls and a cup and a half of milk to make a white gravy for chicken fried steak. 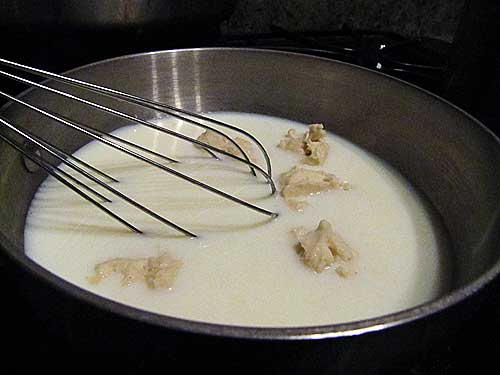 I added some coarse ground black pepper while I was cooking the sauce. Had to. It was for chicken fried steak. 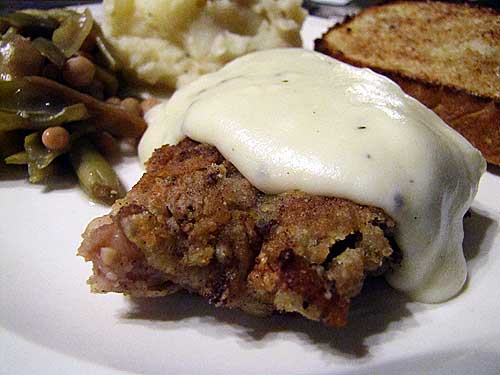 Stick a bag of these in your freezer today! You’ll be glad you did. (I’m making a triple recipe next time.)