So there was a sale on Doritos. If you’ve been reading my blog for awhile, you know that I hardly ever buy junk food. It’s too expensive. But then there was a sale. Three for the price of one on Doritos. I became the proud owner of 345 million bags of Doritos. Everyone was excited at first. Everyone was eating Doritos. Like, my GOD, we have Doritos! Then the Doritos-munching slacked off. And we still have 344 million bags of Doritos.

Yesterday was a busy day. I was out quite a bit then other things were going on when I was home, including unexpected visitors. At 8 pm, I looked around and realized I had to do something fast and easy about dinner. We had a pot of pinto beans I’d cooked the night before, so I made a pan of cornbread and called it dinner. While the cornbread was baking, because I was starving by then, I reached into a bag of Doritos and ate a handful. Then I took the cornbread out of the oven and had a warm, buttery slice and thought, This is so much better than Doritos.

The last several years, I’ve eaten almost exclusively homemade, homebaked, and often homegrown. I’m not sure I even like Doritos anymore. I think this is a good thing, except I miss Doritos. Which is hard to explain when I have 344 million bags of them.

The ducklings have moved on from their brooder to join the big chicks in the chicken yard. 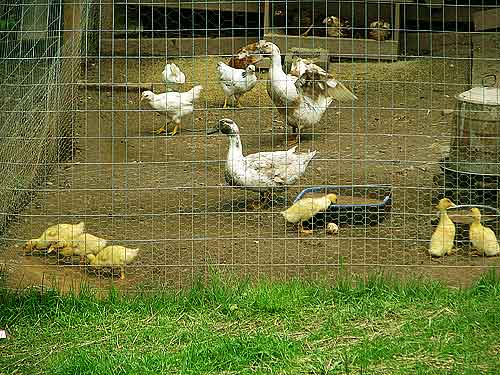 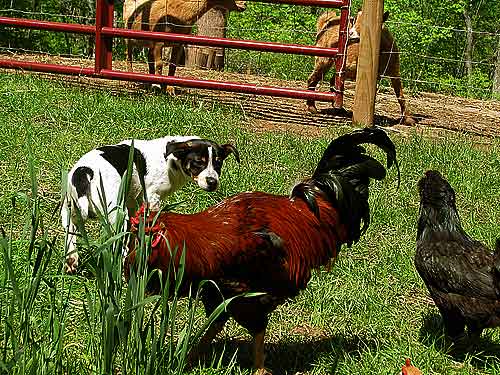 Except when they look at him wrong, then he runs. 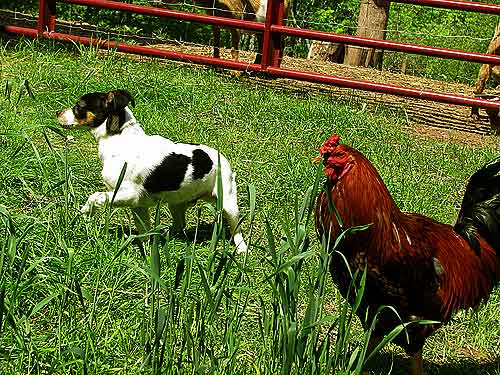 Yesterday I walked out onto the porch and looked down at Mean Rooster and he flew up five feet off the ground in a desperate attempt to attack me.

That rooster is out to get me. As soon as he can figure out how to fly up high enough to reach the second-story porch, I’m a goner.

One of the reasons I was so busy and out of pocket yesterday was because we went to pick up Pepsi. He’s here, he’s here! 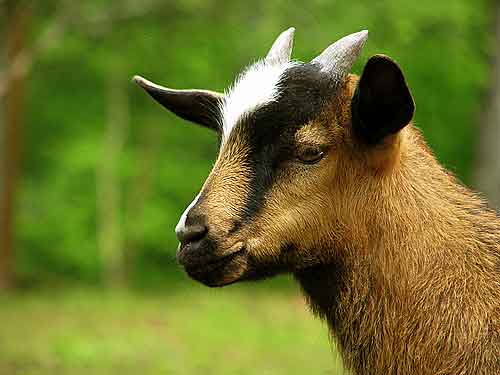 He is a gorgeous goat.

The kids have been waiting for him with great anticipation. Weston said, “What if he’s a defective fainting goat? What if he doesn’t faint?”