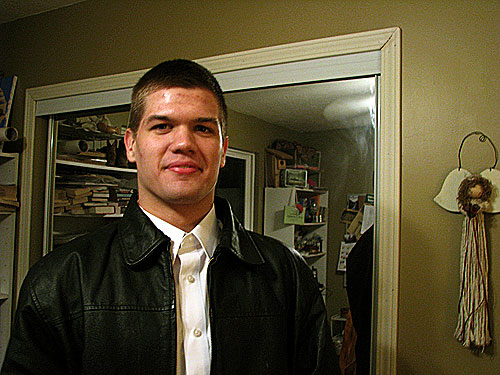 Yesterday, I took Weston to Wal-Mart (because we are so sophisticated here) to buy proper clothes for an upcoming semi-formal school dance. He knows his size, so he didn’t try anything on at the store, but he gave everything a test run after we got home. I told him he looked so sharp, I wanted to take his picture. He said, no, then he came back after a few minutes and said he would let me take his picture. Taking a photograph around here is tantamount to permission to post it on my blog–unless we make a signed and notarized contractual agreement otherwise. (Just kidding. Well. I make deals with him to take his picture sometimes and promise not to put it on my blog–and I don’t. Other times, he lets me take a picture without making the deal. Yesterday, he didn’t make me make the deal. Amazing!) He is such a good-looking, smart, funny, wonderful boy, so I like to show him off when he lets me. He is shy, so I rarely post pictures of him in respect of his feelings and never if I’ve promised not to. What was also amazing yesterday was that I made an offhand comment about my blog being hacked, and he said, “I know.” I said, “YOU READ MY BLOG?!” I was so excited!!! WESTON READS MY BLOG!! 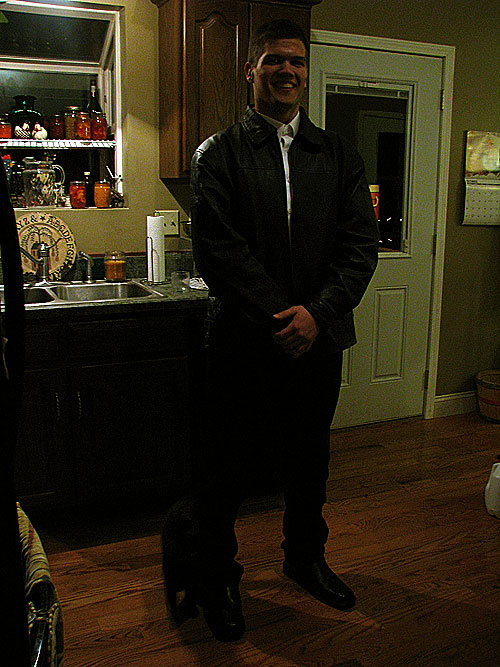 Whoever that girl is that he’s meeting up with at the dance (he won’t tell me), she is ONE LUCKY GIRL. This one here, he’s one of the good ones.