My friend Sarah’s cow, Pearl, had a baby last week. 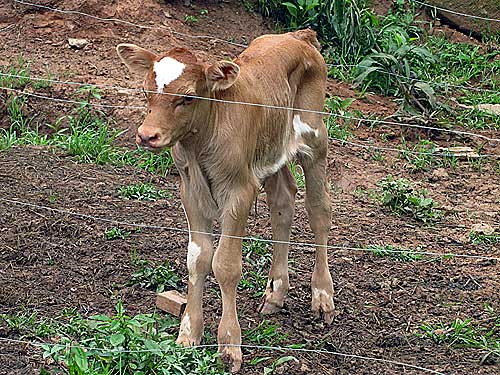 It’s a boy. Don’t get attached. He’s an awful cute little stinker, though.

Sarah’s other cow, Bessie, is also about to pop. Check out the exploding udder. 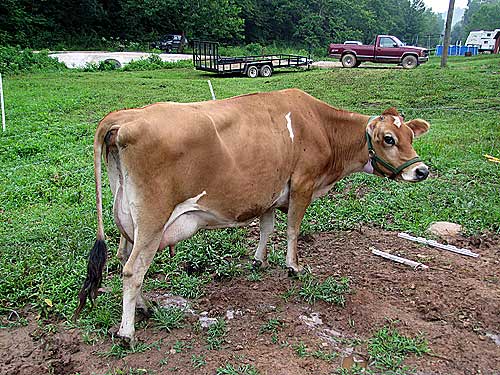 That’s a lot of milking, two at once. I loaned Sarah my milking machine so she could try it out. I went over to her farm this morning to help her hook Pearl up. 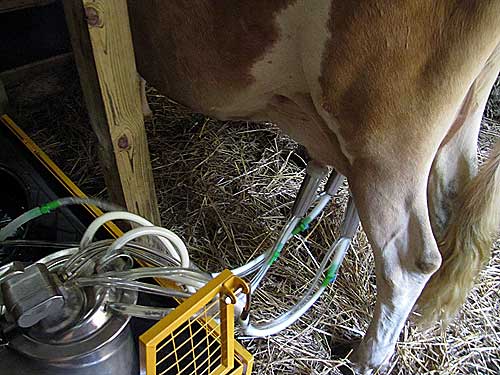 Adam, who sometimes works at my farm, also works at Sarah’s farm and was at her farm today. He said, “That’s city milking.” Pearl makes about 7 gallons a day. Adam can milk a cow out in about 10 minutes. You know, when he’s tired and one hand is broken.

Sometimes it’s embarrassing to still be a city slicker after you’ve been living on a farm more than four years.

We just milked three quarters, leaving one for the calf-come-lately. 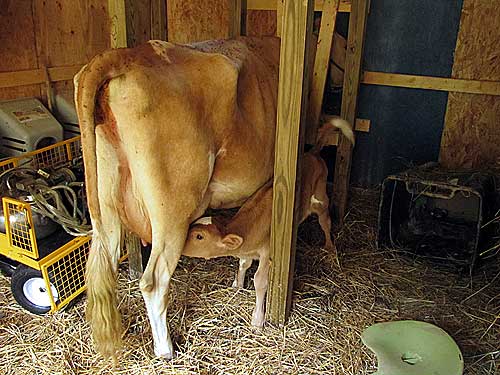 Then Pearl and baby had to say goodbye until next milking time. Or until the next time he breaks out to be with mommy. Which I believe was about five minutes after this picture was taken. I told you he was a stinker. 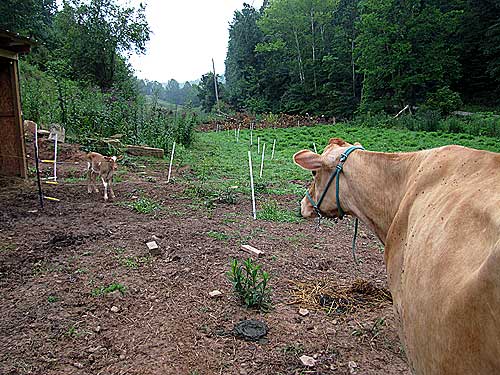 I haven’t milked a cow since last fall. It’ll be winter before Glory Bee delivers. I can’t wait to have a stinker, and some milk, of my own!