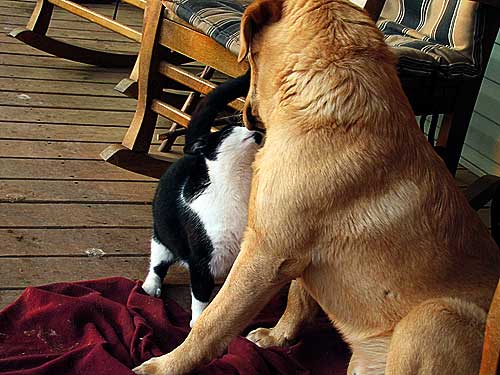 I’ve never had a cat and dog that were friends. I’ve had cats that would tolerate dogs. But friends? Aside from being the door-opening cat, Spice is one of those unusual cats who isn’t afraid of dogs or even particularly bothered by them. Except for their general nasty dogginess. After all, cats are quite finicky. But even so. She puts up with dogs. She will hang out on the front porch with them rather than sticking to the back porch aka cat porch. (I keep the gate shut on the back porch so the dogs can’t get in there. This allows the cats to have their own private hangout.) 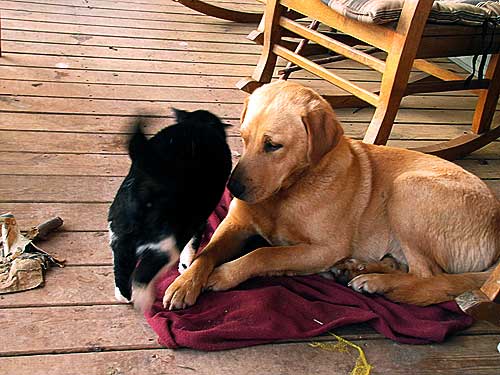 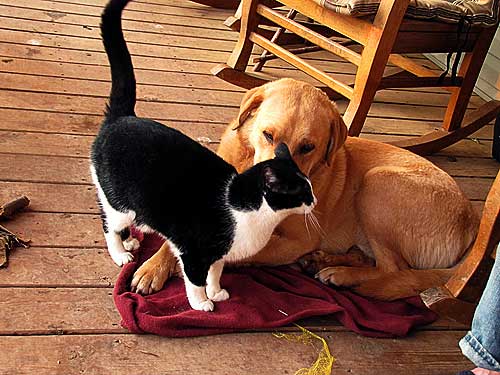 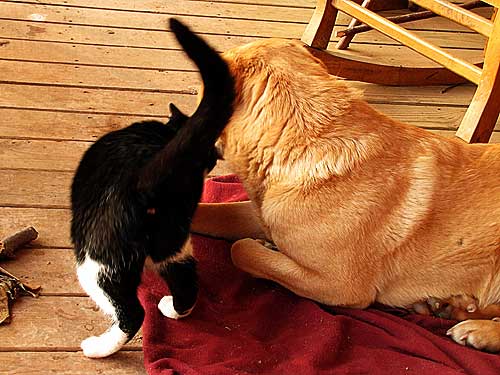 –there’s been a really strange amount of nuzzling.

Casper is difficult to ignore, of course. He seeks her out and chews her on her like she’s a stick he dragged out of the woods. She tolerated him, but I was surprised to see her actually begin seeking out this demon pest on her own.

This photo is blurry, but it shows how she is the one initiating the contact. 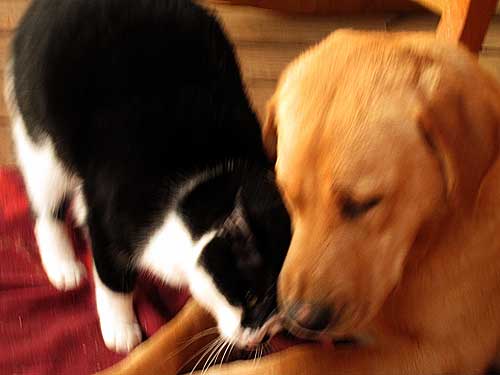 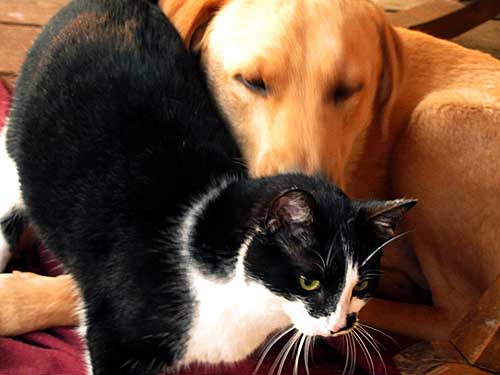 I hope she’s okay when the other cats find out. They might kick her out of the cat club!