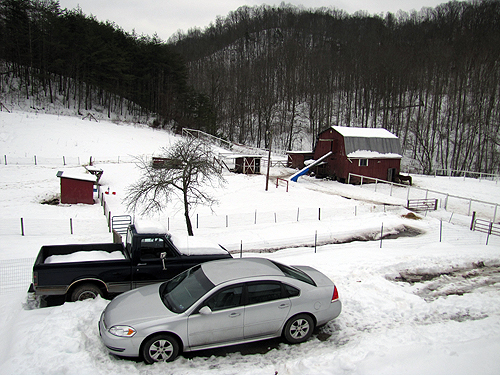 We’re still frozen here. I’m so disappointed in this slow snow melt, but then I’m not used to a foot and a half of snow! It doesn’t melt easily, even when the temps are in the 40s during the day. But on the up side, I want to post an update on the chickens. I posted a while back about their bad behavior, lazing around playing cards to while away the winter hours instead of laying eggs. We tried everything we could think of–giving them corn along with their layer pellets to heat up their metabolism, warm water every morning, regular fresh hay down in their laying boxes, and a timer light. I’m pretty sure what got them to start laying more was increasing the hours on the light. Yesterday–they gave me a dozen eggs! First time I’ve seen a dozen eggs in a long time.