Thanksgiving week at Sassafras Farm starts now! I’ve got a giant pot of beans simmering, and I’m about to slice up a ham and put a couple loaves of bread in the oven. Arriving this weekend: Ross, whose ammunition arrived before him, and Weston, who is spending another night in Spencer to say goodbye and HOW WILL WE SURVIVE A WEEK APART and other mushy things to his girlfriend (who is going out of town for the week with her family). Also, and I haven’t mentioned this before because it might sound weird, and plus it might give some people the wrong impression, but my ex-husband will be here. He actually spent the holidays with us last year, too, but I thought under the circumstances last year it would REALLY give the wrong impression. This is just something that, in the past year, we’ve decided works for our family. The kids get both of us, and we both get them, and everybody gets to stay here (which the kids particularly prefer, since this is their home and where their friends are and avoids extended travel to Texas). And while the first part may be true (that it sounds weird), it has worked out surprisingly well. I’ve had my ex-husband here three times in the past year. If you can get along well enough with your ex to share the holidays and share the kids, it’s a good thing for everybody. Of course, my kids are mature enough that at least they don’t get the wrong impression–it might be different with younger kids who aren’t old enough to grasp the dynamics. There will be a lot of horseback riding (in orange after Sunday), hunting, eating, and fun. 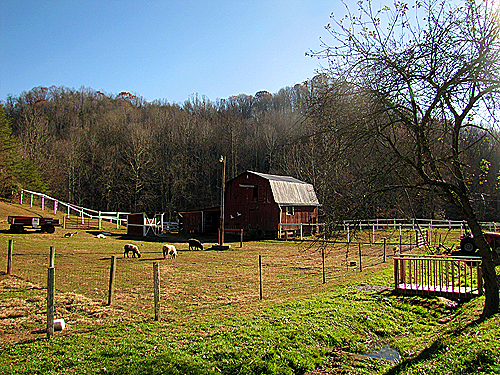 I’ve come to the conclusion that one of the good things about being an independent single woman is that I can invite my ex-husband over for the holidays and I don’t have to care what anybody thinks. I’m looking forward to all the cooking, and I’m making a big chore list for Ross, Weston, and Texas. And if it’s wrong to make chore lists for your ex-husband, I don’t want to be right!