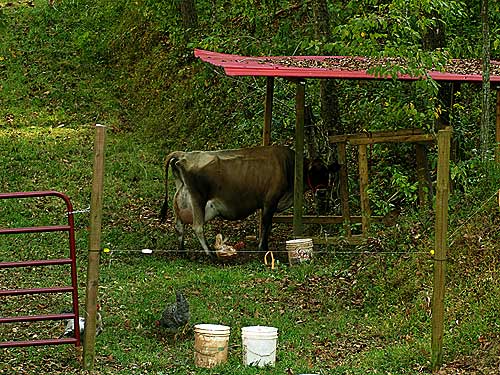 I was just praising Beulah Petunia for her patience, yet I think today she’s taking it a bit far! She’s been hanging out by her milk stand all day. She has plenty of grass right around there to eat, so there’s really no need for her to take off to the hinterlands, and I do like having her stay closer to the house during the day, but it has been surprising after her wanderlust of the past few days. Maybe she feels as if she’s explored her new Beulah Petunia Land all she needs to. Or maybe she’s just a pig and thinks if she stands there long enough, I’ll come feed her something extra. I feed her in the mornings, then again in the evenings. I’ve been resisting the urge to bring her a midday snack as milk cows train too easily and she will expect it from now on!

I love having a calf, by the way. A calf is such a milker helper. Sometimes Glory Bee even nurses her while I’m milking her, too! Which is strange, but cute.

And don’t worry if you don’t see Glory Bee in a picture with BP. Glory Bee is…. 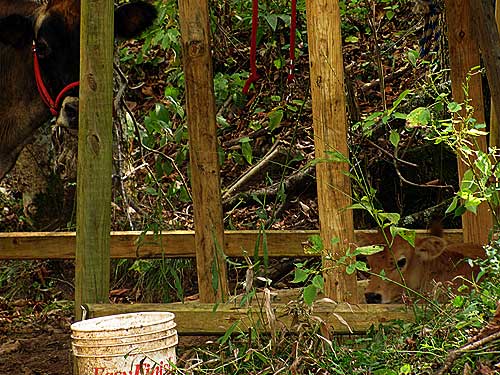 (I have to run out there and check if I don’t see her because I worry!)