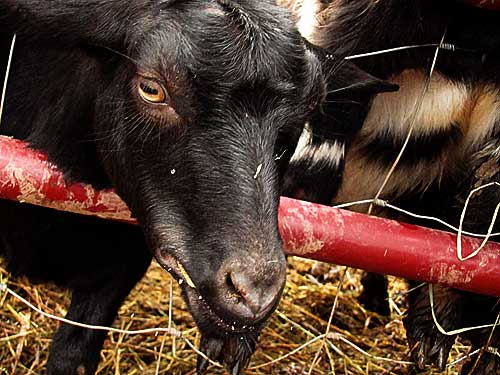 Goats are pregnant for 145-155 days, or around 5 months. Most commonly, goats give birth to twins, but they may give birth to anywhere from one baby to four.

I’m not actually sure when Sprite and Fanta got pregnant as Mr. Pibb has been on the buffet plan in the goat yard for the past year. 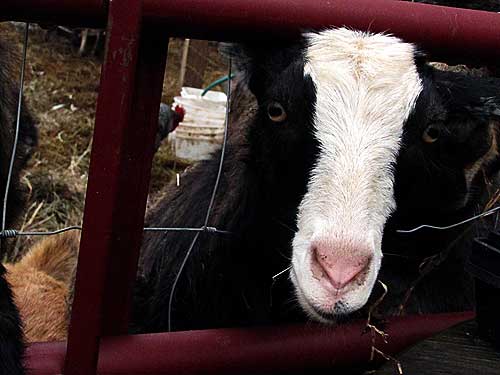 Based on “bagging up” I would guess Fanta will deliver first, and soon, but enlargement of the udder isn’t an absolute predictor as some goats don’t bag up till after they deliver. 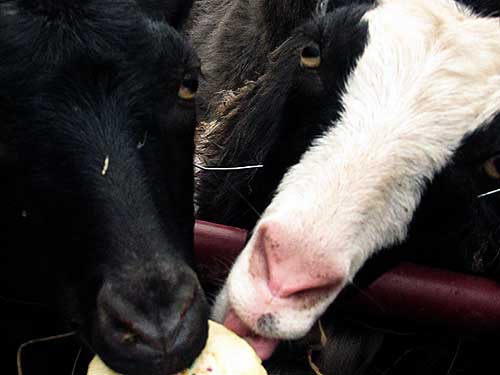 Both Fanta and Sprite have baby bumps going on, but if we go by size of the baby bumps alone as a predictor– 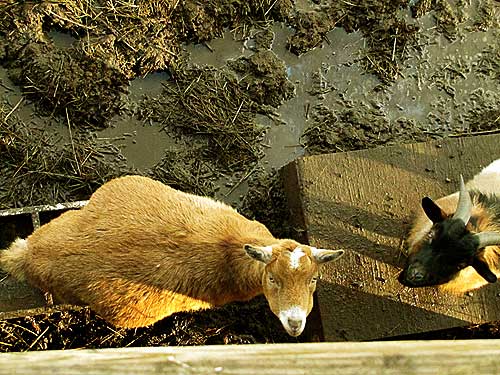 –it’s Nutmeg who’s gonna pop any second! But she’s looked about like that for the past two years, so that doesn’t necessarily mean anything. I don’t call her Rotunda for nothin’.

It won’t be till I hear the sound of tiny bleats that I’ll know for sure who will be first.